In a previous article we traced the staunch historic commitment of Dutch Reformed people to provide authentically Reformed Christian schooling to covenant children and youth. We saw how in North America, God richly blessed both Reformed church and Reformed school through this commitment up to the mid-twentieth century.

Let us now survey what has happened to Reformed Christian schooling in North America since 1950, and assess what the prospects appear to be for its future. As may be guessed from the title of this article, the author believes that the past fifty years have witnessed a dramatic decline in Reformed Christian schooling, and that – apart from a special blessing from our God – it has a doubtful future amongst us if present trends continue.

In the 1950s, by reason of both its long history of support and its relatively large size, the Christian Reformed denomination was the ecclesiastical champion par excellence for the cause of Reformed Christian schooling in North America. But in the 1950s, the post-World War II CRC was beginning to change significantly in its theological direction. 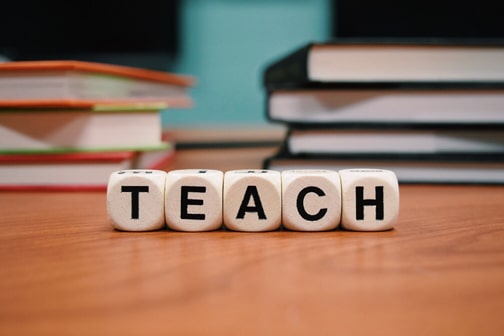 Extreme tensions between “progressives” and “conservatives” in Calvin Seminary resulted in most of the seminary faculty being removed by the CRC Synod of 1952.

R. B. Kuiper, who at the age of 66 had just retired as Chairman of the Faculty at Westminster Seminary in Philadelphia, consented to serve as Acting President of Calvin Seminary during a period of transition and rebuilding. But in 1956, in his last report to the Board of Trustees, Kuiper expressed his “disappointment with the present interest of the seminary community in distinctive Calvinism.”

The selection process for the next president of Calvin Seminary also proved to be a disappointing struggle – both at the Board of Trustees level and at the synodical level. Though Kuiper was a conservative Reformed stalwart, his successor in 1956 – J. H. Kromminga – was not, and Kromminga was to hold this most influential post for the next 25 years.

These developments of the 1950’s at Calvin Seminary are rightly seen by both conservative and liberal CRC historians as a turning point in the CRC’s theological history. James Bratt writes that 1959 was the last unqualified Synodical triumph of the CRC conservatives (or “Confessionalists”), and that by the mid-1960s it became clear that “[t]he Confessionalists’ dominance was broken on the official level”. The “progressives” had seized the wheel of the CRC ship. A new course was being set.

The old direction had been to maintain Reformed confessional distinctiveness and to emphasize the antithesis between the world and Christ; the new direction was to emphasize common grace, the universal love of God, and the need for freedom from Reformed traditions.

This new direction reflected itself in the Christian schools. Throughout the 1970s, 1980s, and 1990s there was a gradual erosion of commitment to the Reformed creeds and to Reformed distinctiveness in the CRC-dominated Christian schools. References to the Reformed creeds in school by-laws were in many cases excised or diluted. Requirements for teachers and board members to subscribe to the Three Forms of Unity or to be professing members of conservative Reformed or Presbyterian churches were relaxed or ignored.

Possible curricular offences to dispensationalist or charismatic or other non-Reformed constituents – which comprised an increasing percentage of the student body – were more and more avoided. At the high school level, Reformed Doctrine classes using texts such as Berkhof’s Manual of Christian Doctrine were eventually changed to “Christian Doctrine” classes with less rigorous texts that were more broadly evangelical in nature. For non-religious subjects too, secular texts were increasingly preferred over texts written from a specifically Christian perspective. After all, one can rely on the world to get it basically right (there is so much common grace out there, you know) – and one can rely on the teachers to add (like frosting on the cake) a Christian perspective. Christian School teachers were often taught at “Reformed” colleges, such as Calvin and Dordt, that adopted the same progressive/ liberal mindset that had overtaken the CRC Seminary. Upon their graduation from such colleges, most new teachers had a great appreciation for the thought of social Darwinists such as John Dewey, but little acquaintance at all with antithetical Reformed thinkers such as Cornelius Van Til. However, the general decline of Reformed education at the college level is beyond the scope of the present article.

In many of the established K-12 Christian schools, historically dominated by CRC, there is now less of the antithesis in these schools, not only in theory, but also in practice: dress codes have been relaxed; junior-senior banquets have given way to proms and dances; athletics on Sunday have become more common. Evolution has become the way God created, and Biblical teaching on male headship must be re-interpreted in light of modern culture.

One is reminded of the complaint of Brummelkamp and VanRaalte in 1846 regarding the nominally “Reformed” public schools in the Netherlands: “a general moral instruction is given which may offend neither Jew nor Romanist.” Our Reformed forefathers came to America to avoid schools that were “Reformed” in name only, and to set up authentic Reformed schools instead! A hundred and fifty years later, this cycle sadly begins to repeat itself.

In the early 21st century the Baptist/Arminian school in town is probably still Baptist/Arminian, the Charismatic school remains Charismatic, the Lutheran school is probably still Lutheran, and the Roman Catholic school continues to be Roman Catholic. But the erstwhile Reformed Christian school gradually has become broadly evangelical. Reformed distinctives in these schools that remain tend more and more to be but artifacts – forgotten attic furniture left over from a deliberately abandoned heritage.

Conservative Reformed parents, who found themselves dissatisfied with the existing Christian schools, increasingly have turned either to home-schooling or to the Arminian, charismatic or dispensational schools that happened to be locally available. If these alternative schools did not even pretend to be Reformed, at least an antithesis between Christ and the world was often recognized. At least the dress codes were stricter, evolution was not taught as fact and Christian textbooks were used. Often these schools were less costly as well, seeking more to serve the needs of their own churches filled with plain folk than to seek their own institutional interest.

On the positive side, home-schooling, when diligently done by capable Reformed parents, has proven to be a viable form of Reformed schooling for some, but not an option that all families are able to do, or to do well. Another hopeful development in recent decades is important and should also be mentioned: conservative Reformed parents from non-CRC churches such as the Protestant Reformed, the Netherlands Reformed, the Canadian Reformed, and lately, the United Reformed, have begun to establish small Christian schools of their own, often parochial or quasi-parochial in nature.

But though such schools typically accept students whose families attend non-sponsoring Reformed churches, the fragmentation of the Reformed school community must overall be seen as something of a weakness. In the first half of the 20th century the schools begun by conservative Reformed parents typically served students and parents hailing from a variety of Reformed denominations (CRC, PRC, Netherlands Reformed, OPC, RCA). Today there are sometimes two or three small quasi-parochial Reformed schools struggling for survival in a region whose conservative Reformed population, if united, could more firmly establish a single Reformed school offering a greater variety of programs.

For parents for whom a full-blown athletic or music program is very important, or for those who seek a wide variety of study options (foreign languages, vocational training, etc.), the distinctive Reformed nature of the smaller Reformed schools is, sadly, not always a sufficient attraction.

One factor in this is that there is not so much of the “immigrant glue” remaining, as there was in earlier times, to provide added motivation to the Reformed folk to use their own schools, or even to live in the vicinity. Our immigrant forbears are perhaps three, four, or more generations distant from us. We have become thoroughly comfortable in our identities as Americans. Proximity to Reformed church and school seems generally to be regrettably low on the list of priorities when new job opportunities or relocations are considered. We have dispersed ourselves willy-nilly across the country, not mindful of our covenantal duties.

As a result of these various trends, new small Reformed Christian schools struggle to maintain their enrollment numbers, much less to grow significantly. Overall, in North America it is clear that the number of students in authentically Reformed schools in 2006 is proportionally much diminished compared to what the numbers were in the 1950s. This is a great loss! One, at times, wants to cry out with the prophet of old “Where there is no vision, the people perish” (Proverbs 29:18).

Though there are some hopeful developments, an honest evaluation of recent trends leads to the conclusion that – humanly and generally speaking – authentically Reformed Christian schooling has a doubtful future in North America.

It is well to remember, however, that the same depressing assessment might well have been voiced in the 1840s. Nevertheless, at that time, and also again in the 1890s, our sovereign God stirred up His people to an increased commitment to the Reformed faith and to the living and teaching of that faith. We are the beneficiaries today of that outpouring of blessing and to that exercise in faithfulness. Let us seek, as did our pioneer forefathers more than a hundred years ago, to build one another up and to stir up amongst ourselves the vision of providing covenantally-faithful Reformed Christian education.

God remains our hope for the future! May we pray to Him for revival in our commitment to Reformed Christian education and for His blessing of our small works begun in His name! “Establish Thou the work of our hands” (Psalm 90:17). Let us not despise “the day of small things” (Zech. 4:10). May God give us not to become weary in well-doing in this duty which is both to our covenant God and to His covenant children and youth. He may yet richly bless both church and school.