This past summer I had my first opportunity to visit Scotland. It was a marvelous trip. Scotland is a country of great beauty and great contrasts—the lochs (lakes), the bens (mountains), the moors, the glens (narrow valleys), the towns and cities. The greatest fascination for me was to be able to see many of the sites of Scottish church history that I have lectured about for years. The church in Scotland—as in so many other areas—is in great trouble today. But its history is inspiring and instructive.

In 1560 Scotland became Protestant. After a prolonged period of preaching and conflict, the parliament in August 1560 adopted a Protestant confession of faith for the country and abolished the mass and all papal power. Although the Protestants were still a minority in 1560, a window of opportunity opened that John Knox and his supporters seized. The Queen Regent had died and the young queen, Mary Queen of Scots, was living in France, wife of King Francis of France. In the vacuum of royal power, the country was made Protestant by parliamentary action.

In December 1560 King Francis died and Mary Queen of Scots as a young widow decided to return to Scotland. She arrived in August 1561. Knox, knowing her staunch Roman Catholicism, was not pleased. He commented that she brings with her only “sorrow, detour, darkness and impiety.” Her presence vastly complicated the advance of the Reformation. Spiritual and political issues became ever more entangled.

One issue that would be a key concern in the later history of Scottish Presbyterianism was the right of the church to determine its own development under the Word of God. Over and over the Scots had to struggle to maintain the freedom of their church from the interference of the state in matters of faith and practice. Already in December of 1561 the issue arose in relation to the second meeting of the General Assembly (the general synod) of the church. Some of Knox’s supporters asked whether the queen had to give her consent to the meeting of the General Assembly. Knox responded, “Take from us the freedom of Assemblies, and take from us the Evangel.” Was Knox overstating the issue? Is the freedom of the church to regulate itself according to the Bible central to maintaining the gospel? There certainly are examples of congregations in state-controlled churches that have maintained the gospel. But in his own context, and in general, I believe that Knox is right. Where any human authority, whether of state or tradition or reason, overshadows the authority of the Bible in the church, the gospel is endangered. The Scottish Presbyterians offer a remarkable example of courageous and consistent defense of the freedom of the church over centuries. 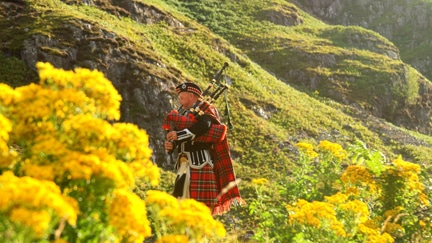 Struggles for the freedom of the church continued, however. The new issue in Scotland became the issue of bishops. The powerful leaders in the state favored bishops over a presbyterian form of government. Mary’s son, James VI of Scotland and later James I of England, gave classic expression to this position when he said, “No bishop, no king.” Although he had been raised by Presbyterian tutors, James sensed that if hierarchical government of bishops was not needed in the church, how could one in the longrun defend the hierarchical government of nobles in the state? He may well have been right.

In 1571 bishops were restored to the Church of Scotland setting up a struggle that lasted two decades. The Presbyterians ultimately won. In 1592 the parliament recognized the presbyterian government of the Church of Scotland. Andrew Melville had been one of the principal spokesmen for the presbyterian cause. He and others were convinced that presbyterianism best expressed the biblical form of the church, best encouraged the effective pastoral work of the ministers, and best protected the freedom of the church from domination by the state. Theodore Beza, Calvin’s successor in Geneva, expressed these sentiments in a letter to Knox congratulating him (prematurely as it turned out) on the elimination of episcopacy in Scotland: “…just as bishops engendered the Papacy, so the pseudo-bishops (the dregs of the papacy) will introduce worldliness; those who desire a sound church must beware of this plague.”

Struggles for the freedom of the church continued. With the union of the crowns of England and Scotland in King James and with his strong preference for episcopacy over presbyterianism, it was inevitable that he would try to impose episcopacy on Scotland. He did try in 1610 and again the effort was unsuccessful.

Under Charles I, the son of James I, new conflicts developed. Charles promoted a strong role for bishops and a strong opposition to Puritanism and presbyterianism. His chief episcopal advisor, Archbishop Laud, was widely accused of Roman Catholic sympathies. Opposition to the policies of Charles—especially to his efforts to impose the English Book of Common Prayer on the Scottish Church—led in 1638 to the drafting of the National Covenant. This covenant pledged that presbyterian worship and government would remain the form of the church in Scotland. This National Covenant was a key factor in rallying Scottish resistance to the king, and eventually to the Scottish Parliament joining with the English Parliament in the civil war that overthrew King Charles.

The united efforts of England and Scotland began to unravel with the rise to power in England of Oliver Cromwell in the late 1640s. Cromwell opposed the Presbyterians in England and supported an independent or congregational form of government. The Scottish Presbyterians rejected the congregational over-reaction to episcopacy and entered into negotiations with the son of Charles. This son, later Charles II, signed the National Covenant promising to preserve presbyterian government and worship in Scotland. But when he was actually restored to the throne in 1660, he refused to honor the National Covenant and again tried to impose episcopacy and a prayer book on Scotland.

For those determined to maintain the historic forms of the church in Scotland, the years from 1660 to 1688 came to be known as “the killing times.” Many suffered for the freedom of the church; many died. In the churchyard of the Grey friars Church in Edinburgh stands a moving memorial to the “covenanters” who lived and died for their Reformed convictions. Many of those buried in this churchyard died from exposure, imprisoned in the churchyard through a long, hard Scottish winter. The inscription on the memorial (which I have slightly modernized) reads:

Halt passenger and take heed what thou dost see.

This tomb doth show for what some men did die,

Here lies interred ye dust of those who stood

Against perjury resisting unto blood,

Adhering to the Covenants and Laws,

Establishing the same which was the Cause

Their lives were sacrificed unto the Lust

of Prelatists abjured, though there their dust

Lies mixed with murderers and other crew

Whom justice justly did to death pursue.

But as for them in them no cause was found

Worthy of death but only they were found

For the Prerogatives of CHRlST their King

Which truths were sealed by famous Guthrie’s head

And all along to Master Ranwick’s blood.

They did endure the wrath of enemies

But yet they are these who from such troubles came

And now triumph in glory with the LAMB.

From May 27, 1661 that the noble Marquis of Argyle suffered to tile 17 Febmary 1688 that Mr. James Ranwick suffered were executed at Edinburgh about one hundred of Noblemen, Gentlemen, Ministers and others, noble martyrs for JESUS CHRIST—the most part of them lie here.

Hundreds and perhaps thousands died in these “killing times” for the freedom of the church to live according to the Scriptures. That freedom of government and worship were finally won in the glorious revolution of 1688 that brought William (of the House of Orange) and Mary to the throne of England and Scotland. The spiritual descendants of these covenanters are to be found in America today in the Reformed Presbyterian Church of North America.

In the eighteenth century the struggles took new forms as formalism, moralism and even unitarianism invaded the church. Even in the face of these extreme dangers in the church, the freedom of the church remained an issue of the day. One figure in this conflict was Ebenezer Erskine. He opposed the influence of the government and patrons in the selection of ministers for local congregations. In 1733 he formed an “associate presbytery” within the Church of Scotland for like-minded ministers and in 1740 he was deposed and organized the Secession Church. His spiritual descendants are to be found in America today in the Associate Reformed Presbyterian Church which has as its seminary Erskine Seminary in Due West, South Carolina.

One last manifestation of this struggle should be mentioned here, this time from the nineteenth century. Again within the Church of Scotland arose questions about the freedom of the church from government control and the rights of the congregations to call ministers. One of the leading figures at the time was Thomas Chalmers (1780–1847). Chalmers was very much like Abraham Kuyper. He was a great preacher as well as fine theologian. He also understood some of the great social questions of his day and communicated powerfully to the ordinary people. He and others supported the General Assembly in 1834 when it adopted what was known as the Veto Act. This act declared that “no pastor shall be intruded on any congregation contrary to the will of the people.” Ultimately this act was rejected in the House of Lords inGreat Britain. The response was amazing. In 1843 one-third of the ministers and one-half of the laity left the Church of Scotland to found the Free Church of Scotland. This huge, dramatic response came to be known as “the Disruption.” This year marks the one hundred-fiftieth anniversary of the Disruption.

Once again a great act of courage expressed the passion of Scottish Presbyterians for the freedom of their churches to live under the Bible as their only authority. In 1929 much of the Free Church reunited with the Church of Scotland, but a minority remained independent because of weakness they saw in the Church of Scotland. They came to be known derisively as “the wee Frees.” They now have about 120 congregations and maintain a staunch witness to historic Presbyterianism in the face of the disastrous decline of the Church of Scotland both numerically and theologically.

The determination and courage of the Scots in seeking to follow the Bible should be an encouragement to all of us who believe that the church must live according to the Bible alone. We may be discouraged to see how the struggle passes from one generation to another with no permanent or final success. But we should not be surprised. As Jesus told us, this world is the place of suffering. The glory is yet to come. Each generation must take up its measure of suffering. It is not easy at the time. But present faithfulness and courage will perhaps one day be recognized by the church of the future as a model of heroism to be treasured. In any case it will hear one day from the Savior, “Well done, good and faithful servant.” That will be the day of rest and glory.

Dr. Godfrey, editor of this department, is President of Westminster Theological Seminary in California.