In the September issue of The Outlook, contributing editor, Dr. W. Robert Godfrey, wrote an article entitled “A Reformed Dream” in which he expressed a call to unity between Reformed denominations. He proposed that the Reformed denominations which he listed “join together under one general assembly (or general national synod) with each denomination becoming a particular synod under that general assembly.” It would adopt the Westminster Confession and Three Forms of Unity and meet every three years and have specific and limited powers. After developing the proposal further, Dr. Godfrey asked: “Is such an idea an impossible dream? Not if we Reformed Christians are as bold and courageous in pursuing the unity of the church as we have been in pursuing the purity of the church. The idea is basically very Simple and requires no local changes for any of the denominations. It does require confidence in the brethren and a willingness to accept some teachings and practices different from our own. It would force all of us to ask with new focus: What does it mean to be Reformed and what must others believe and do, in order for us to recognize them as adequately Reformed?”

This article evoked considerable response on the internet and we are sharing some “clips” in this issue of The Outlook.

“The thing I would see as perhaps most advantageous about such an arrangement, at least in the initial stages, is that it would provide a forum for Reformed people to actually begin to deal with the substantive issues of our time that we have not had either the will to deal with or the proper forum to deal with…At present the Reformed world is so divided from and unaccountable to one another, we cannot even attempt such a task.”

“I would like to say a loud ‘Amen’ to Bob Godfrey’s courageous call for organic unity among conservative Reformed folk. The current situation is a scandal. Too many of these different bodies have their roots in personality clashes, not meaningful theological differences. Confessional Presbyterians decry the individualism and voluntarism of our Arminian brethren but their own sectarianism is not consistent with the Reformation theology they espouse.”

“It was the desire of the Westminster Assembly to have one Reformed church body within the kingdoms of England, Scotland and Ireland. This church body was to be united through the Confession of Faith. Cromwell was never satisfied with this call for conformity (being a Congregationalist), and with the reestablishment of the Monarchy in the 1660s, the dream was over. Today we have an obvious problem of too many schisms. There needs to be a real effort again to work towards more unity. Sadly, for some Reformed churches the Great Commission is: ‘Make disciples, teaching them the commandments of Christ.’”

“I think Dr. Godfrey has given us a vision worth pursing, and a dream that can, and perhaps should be realized. We as Reformed Christians should definitely desire and strive to work with each other in greater unity. Ephesians 2 and Romans 11 teach us about the absolute unity that we as Christians have in Christ. We should work to reflect that unity also in our earthly establishments and organizations, as long as we are not compromising the truth. I believe that Dr. Godfrey’s proposal is a good and meaningful way of doing just that will give us a golden opportunity to learn from each other as our fellowship grows more meaningfully close.”

“It seems that the church bodies who seek unity among themselves are those who despise and flee from the truth. It seems the sons of darkness are able to see and take advantage of their opportunities to be strengthened and edified among themselves despite their often great differences, long before the sons of light. with minimal differences by comparison, grasp the wisdom of unity and the privilege and opportunity for mutual edification. Is it so with the Reformed community?”

“The very nature of truth is the expression of truth in unifying and being unified. That is, there is a profound relational element to the nature of truth as truth authoritatively functions and interacts within the church, and for the church. To deny or neglect the force and propensity of the unifying nature truth is to impoverish the parts. To live out a Biblical paradigm (if you will) is to live expressing truth as a connecting interdependent reality, Theology is for life, for life is theological, living in community is how theology, experienced through personhood, thrives. The Word of God is living and interpersonal as well as inscripturated and propositional. Thus, truth relates as well as declares, encompasses as well as defends, invites as well as corrects. Individuality is defined and characterized within community, when we so want to isolate ourselves from community, as if freedom most basically means the opportunity “to get out from under” the obligation to love one another, rather than “freedom for” the opportunity to serve and love one another. Thus, we end up identifying our faith communities by other means all the while professing the importance of our orthodoxy. But as the cultural winds grow steadily cooler and less tolerant of orthodoxy, as is happening at an increasing rate, these other means that presently divide should fade and be eclipsed by the desire to unite and so multiply and strengthen the bond of truth among us and strengthen our witness to the world.”

“It was the desire of the Westminster Assembly to have one Reformed church body within the kingdoms of England, Scotland, and Ireland. This church body was to be united through the Confession of Faith. Cromwell was never satisfied with this call for conformity (being a Congregationalist), and with the reestablishment of the Monarchy in the 1660s, the dream was over. Today we have an obvious problem of too many schisms. There needs to be a real effort again to work towards more unity. Sadly, for some Reformed churches, the Great Commission is: ‘Make disciples, teaching them social ethos and teachings of our church,’ instead of ‘Make disciples, teaching them the commandments of Christ.”

“I know many have been touched by Godfrey’s comments, and its highlights again that the conservative slogan, ‘Never unity at the expense of truth,’ wears pretty thin when we in the various Reformed denominations who espouse and defend orthodoxy continue to advocate a separatistic mood and mindset. It doesn’t seem to occur to people who chant this slogan as mantra that there are also issues of truth involved in the visible unity of the church on earth.”

“Reformed people love to emphasize how we differ from those around us, but I think Dr. Godfrey recognizes how destructive that can be if it’s ALL we do!”

“I just returned from the Northwest Reformed Conference on Classical Christianity. Guess what? One of the seminars was on this subject. Probably the most salient point which I had never really considered before was that as Protestants, we rarely stop protesting. We are in a fight mode and even when our opponents stop fighting, we continue.” 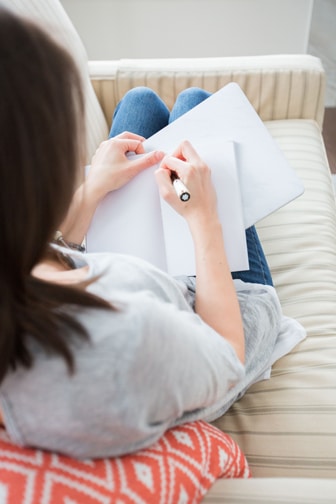