Humor can be a very effective teaching tool. It can illumine even a controversial point in a way that is not confrontational or threatening. Consider the following two amusing pieces about music for worship services.

First I have read in several email posts that have arrived at our seminary. It goes like this: “An old farmer went to the city one weekend and attended the big city church. He came home and his wife asked him how it was. ‘Well,’ said the farmer, ‘it was good. They did something different however. They sang praise choruses instead of hymns.’ 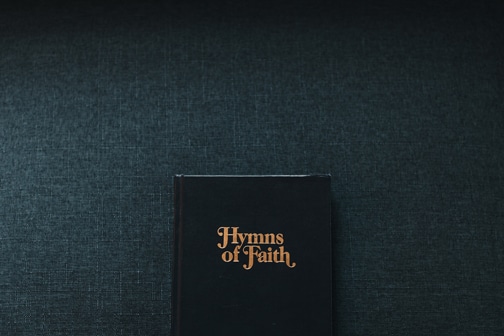 Even those who love hymns have to admit that this second story is very clever and amusing. It also makes an important point about many hymns, namely that their language can be archaic and flowery and still not have much content.

Putting these two stories together should also remilld us that praise choruses have not fallen from the sky as a totally new way of sUngUng, but rather represent another step ill the evolution of Christian songs that has been goillg on for centuries. The hymns of the seventeenth and eighteenth century—like Johann Heerman’s “Ah, holy Jesus, how hast thou offended” or Charles Wesley’s “Jesus, lover of my soul”—were rich and profound ill content. But the nineteenth century saw the rise of more rousillg and simple (perhaps shallow) songs. Think of  Joseph Gilmore’s 1862 hymn, “He leadeth me.” The first stanza is familiar:

This hymn actually illustrates elements of both of the humorous stories above. The hymn has archaic language: “fraught.” But it also is very repetitive and rather shallow: the phrase “leadeth me” recurs six times in one verse! Clearly this kind of hymn is transitional from the old Protestant hymnody which was rich in doctrine, to the new praise chorus. “He leadeth me” represents the revivalistic hymns that did pave the way for praise choruses, which differ from them primarily in the tunes to which they are set.

Why is it, then, that those who defend “traditiona” hymns are content to sing “He leadeth me,” but oppose praise songs? The answer is that “He leadeth me” is familiar. No serious issue of content or style separates the one from the other.

Many who like praise songs like them because they are familiar, just as many who like hymns like them for the same reason. This fact should cause all sides to step back and ask, “Should we determine what we sing in church simply on the basis of what is familiar to us, that is, what we like? Or are there biblical principles that must guide what we sing?”

Let me here reiterate a point that I have made before in The Outlook. What we sing must be guided by biblical principles. And the first biblical principle that all Reformed Christians should agree on is that the Psalms are at least the model of our singing. The Psalms contain unfamiliar language and references at points, but learning the meaning of that language is learning the Bible. The Psalms are sometimes repetitive (e.g., the recurring refrain of Psalm 136, “His love endures forever”) and are sometimes short (e.g. Psalm 117). But such features in the Psalter are infrequent. The psalms are generally substantial in length and content.

If we want to sing about cows, let us sing Psalm 22. It will be serious rather than humorous, and sober rather than rousing. But it will also teach us the Bible and draw us closer to our Savior who died to save us from our sins singing Psalm 22: “Do not be far from me, for trouble is near and there is no one to help. Many bulls surround me; strong bulls of Bashan encircle me…But you, O Lord, be not far off; O my Strength, come quickly to help me” (Psalm 22:11–12,19).

Dr. W. Robert Godfrey, professor of Church History, is also president of Westminster Theological Seminary in Escondido, CA. He is a contributing editor of The Outlook magazine.