The Calvin College Women’s Caucus, including 149 Calvin Faculty members, has signed a document submitted to the Board of Trustees of the College entitled, “Justice or Prudence: A Response to Synod 1992.” In the document the signers state that the 1992 decision of synod had damaged their relationship with the CRC. and they call for a change of course to coincide with the aim of the college to allow women to serve in all offices in the church. In this document the church’s own college was essentially informing its broadest assembly that it was displeased with the action taken in 1992 to effect a compromise between those who favor women in all church offices and those who oppose the practice.

If nothing else, “Justice or Prudence” makes clear for the church where a sizeable segment of college personnel wish our church to head and what they have been teaching and promoting among our young people. They say they wish to go in the same direction as the synod, but (apparently) only if the synod will follow the lead of the college faculty. If synod does not follow that lead, tensions will develop—indeed tensions have already developed. The tensions exist when new personnel are being hired to teach at the college and when the more “mature” students (as one faculty member put it) sadly discover that women students are not eligible to serve the Lord in an ordained office. The question before the church is whether or not it wishes to regain control of its faculty and college or whether it will permit the college to call the shots for its future direction. 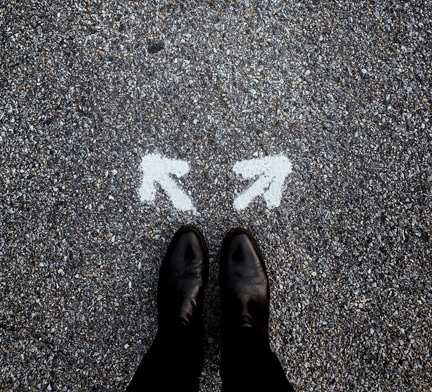 The college document offers no real biblical argument except that Scripture calls for justice for all. In· deed justice is a biblical concept, but to declare that the 1992 decision was unjust is to beg the question. Can a decision be unjust if it is based on biblical teaching? Is God ever unjust? Can it be unjust if there is no solid proof that Scripture condemns the position taken in 1992? The framers of the 1992 decision were aiming at a means of holding the denomination together. Realizing full well that the church was stretching to accommodate by permitting women to “expound” the Word, the Synod of 1992 tried to keep a principled peace among its members. The Calvin Women’s Caucus declared that this action of synod was based on mere prudence instead of on biblical principle. But were not principles of both unity and truth in operation when synod reached its decision in 1992?

Clearly one side of those involved in this compromise was unhappy and has tried to do all it can to oppose it. That can be the only explanation for the decision taken in 1993 to permit women in all the offices. Led by its college intellectuals and their sympathizers, the church has now changed course once again and has agreed to follow the lead of those who favor ordination of women into all the offices.

All this raises the question: which synod was prudent and which was unjust? The Synod of 1993 acted both imprudently and unjustly. Synods cannot expect the loyalty and good faith of the members of the church if they keep reversing directions without convincing evidence for the reversals. Synod 1993 imprudently spoiled the love and loyalty of many of its members who fervently believe the Scriptures oppose the ordination of women. Synod 1993 took its action unjustly. No one is served justice when actions are taken which are illegal or improper, particularly when the question of biblical teaching has not really been addressed effectively.

What was unjust about the 1993 decision? Synod 1993 did not follow its own rules, rules of a commonly accepted Church Order. For the sake of good order, even synods are under a higher law than themselves. There is a synodical rule which permits someone who voted on the prevailing side of a question to move to reconsider the action. Obviously this rule did not apply to the 1993 decision since the previous synod was no longer in session. Two articles of the Church Order limit reconsideration and revision of decisions except under very specific circumstances (Articles 29 and 31). These circumstances did not exist. Yet Synod 1993 revised the actions of the Synod of 1992 when it had illegally determined to reconsider the matter.

The injustice was done knowingly. A sufficient number of synodical delegates determined to risk taking actions which would undermine the renewed sense of unity and purpose which had been growing in the CRC since the 1992 decision. This determination was made despite synod’s own rules and the Church Order of the CRC. Some delegates pointed out the regulations. But the declaration was made by our Church Order professor, “Synod can do what it wants.” Under such a conviction, faulty as it was, synod did exactly that. This is unjust.

The revised decision is unjust:

• to those who seek to abide by a coming rule of order in good faith, and who found that those rules were being ignored. Their pledge to conform to the Church Order was taken at the beginning of synod.

• to those whose consciences are scandalized by faulty and weak exegesis of Scripture.

• to those who watch the proponents for women in office continually manipulating the biblical text in order to get past Paul’s statements to Timothy and to the Corinthians (and to us!).

• to those women who interpret a call to ministry and service to be a call to the ordained ministry of the Word: these women are poorly served by the leaders of their own church because they imply one year that this sense of call was misinterpreted, and another year that it may have been properly interpreted.

• to congregations which faithfully and loyally support the church’s college, sometimes wincing when they do because of statements made by certain faculty members which they would never be able to support biblically.

• to students at the college who are being led in a different direction than the church no matter what the church says—unless the church is brought in line.

• to the Lord God Himself, Who expects brothers to deal honestly with each other, to submit themselves to the Scriptures as the final authority in all matters of doctrine and life, and Who is deeply grieved when His people divide and fight each other on the basis of flimsy arguments.

These injustices force the churches and individuals who are opposed to the ordination of women on biblical grounds to accept such ordination at classis and synod and even in the local council. These injustices may well be the greatest imprudence of all: will these churches, will the Christian Reformed Church as a whole, in fact accept a decision which is reached in such a manner? Will the support for the college and the other fine agencies of the CRC continue? The only prudent and just thing for the church to do at this time is to refuse to approve the revision of the Church Order which was unjustly foisted upon the church in 1993.

Rev. Christoffels is pastor of the Preakness CRC, Wayne, NJ.