September 5, 1999, marks the second-year anniversary of the death of Mother Teresa who spent her life ministering to the poorest of the poor in Calcutta, India. She founded an international order of nuns, the Missionaries of Charity. Six sisters of her order serve the poor in Detroit, reflecting something of the worldwide impact of her ministry. Now that Pope John Paul II has waived the five-year waiting period which normally precedes the canonization process, it seems quite likely that the Pope will declare Mother Teresa to be a saint. Already during his pontificate, John Paul II has canonized 278 people. How do we as Protestant Christians, standing in the Reformed theological tradition, view these developments within the Roman Catholic Church? To begin with, it must be maintained that we do not oppose good works. Although we are justified by grace through faith alone (Rom. 3:28), we recognize that good works are the indispensable evidence of saving faith. As James 2:26 declares, “Faith without works is dead.” At the same time, we affirm that we must never fall into the error of depending upon our good works as the basis of our acceptance with God: “A man is not justified by the works of the law but by faith in Jesus Christ” (Gal. 2:16). 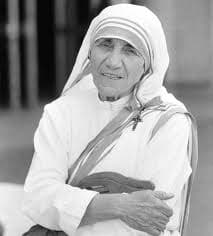 It must be asserted, secondly, that we do not protest the concept of the existence of saints. The New Testament indicates that all believers are saints. Paul invariably begins his epistles by identifying the Christians in the various churches as saints. The apostolic position is that we have all been “called to be saints” (Rom. 1:7). This, of course, does not mean that Christians are perfect in this world. John states, “If we say that we have no sin, we deceive ourselves” (I Jn. 1:8). Rather, the Greek word hagios (translated “saint”) simply means that the believer by divine grace has been set apart from the world unto God. One problem that we have with a papal declaration of sainthood is that it canonizes “some of the faithful” (Catholic Catechism), while the Scripture “canonizes” all the faithful.

The fundamental problem, however, with papal canonization relates to its implications. With respect to the canonized saints, the bishops of the Catholic Church instruct the people that “it is good and beneficial to invoke them” (Council of Trent). Admonishing the church to pray to the saints is contrary to the Word of God. No Biblical writer ever exhorts believers to pray to the departed saints. We are rather, as Jesus taught us, to address our supplications to God alone: “In this manner, therefore, pray: ‘Our Father in heaven…’” (Matt. 6:9). In addition, the theological implications of praying to the saints are problematic. Can the saints in heaven really hear the silent prayers arising in the heart of a single believer upon earth? And what about the spoken prayers of hundreds of believers throughout the world who happen all to be praying at the same time? If the saints in glory have such knowledge and capability, we must then conclude that they have in some sense been deified.

Finally, we have difficulty when the Roman Church declares that the “images…of…saints are to be placed and retained in…the churches.” What, according to Catholic teaching, are we to do with respect to these images? The Roman Church affirms, “Due honor and veneration are to be given them.” And what specifically does this entail? With respect to the images of the saints, we are to -kiss- them, “uncover the head and prostrate ourselves” (Council of Trent). Such pastoral counsel is distressing in light of the straightforward prohibition of the second commandment. As to our relationship to images. the Lord mandates, “You shall not bow down to them” (Ex. 20:5).

Certainly, we as Christians ought to honor the memory of the saints who have preceded us, having already entered into God’s “heavenly kingdom” (2 Tim. 4:18). The Bible does this very thing, giving honor by naming such men and women of faith as Abraham, Moses, Rahab, and others (Heb. 11). Their example encourages us to “lay aside every weight. and the sin which so easily ensnares us” (Heb. 12:1). As to our attitude, however, toward the departed saints, let us fear lest we manifest a zeal without knowledge and thus sin against our God.