It is a matter of common knowledge that many of the governments of Europe, even among those outside of the orbit of Communism, are more or less socialistic.

Socialism is the public ownership of all or many of the means of production, transportation, and communication.

In today’s complex world practically all socialism is state socialism. Except in very small groups, which voluntarily organize to have land, its products, and the means of production in common, public ownership is bound to mean ownership by the state since only the state can represent all the people.

There are countries today which have introduced only a limited number of socialistic measures so that private enterprise still controls the economic life of the people to a large extent. This applies, for example, to tho United States, though not a few of its political leaders labor unceasingly to widen the sphere of government control and regulation in the areas of agriculture and industry. Underlying this trend to establish a Welfare State is the socialistic philosophy that the state is responsible for the economic welfare of all its citizens—a philosophy for which no basis can be found in what the Scripture teaches about the limited functions and powers of the state.

For the sake of guaranteeing economic security to its citizens the state must severely curtail their economic freedom. Having no financial resources of its own, it levels increasingly high taxes to regulate and even operate some of the economic institutions of the country, but at a much higher cost than would be needed by free enterprise.

In Europe the Welfare State was introduced earlier and has a wider scope than in our country with its traditional emphasis on free enterprise. Even in the Netherlands, whose citizens are characterized by a passionate love of freedom, state control has grown apace and now has a stranglehold on the nation’s economic life. Originally the several Christian political parties were strongly opposed to the measures proposed by the socialists. They stressed personal responsibility and freedom. But as welfarism increased in popularity, because it brought a larger measure of economic security to the masses, even the very conservative Anti-revolutionary Party yielded to the seductive power of Statism. Today its platform is to a great extent identical with that of the Labor Party (Partij Van Den Arbeid). It is significant that the former party, whose founder and greatest exponent, Dr. Abraham Kuyper, once was the prime minister of the Netherlands, has suffered grievous losses in the Dutch Parliament. Whether its decline was due to the popularity of the public welfare measures or to its loss of Christian distinctiveness, we are not prepared to say. Probably both factors account for its loss of support.

Happily, a reform movement is taking shape within the Anti-revolutionary Party. Its proponents protest vigorously against the gradual surrender, by the Calvinistic element of the nation, to the wiles of State welfarism. We do not know how large a group of voters it represents nor how great the influence is which it exerts; but we do know that it is giving a good account of its principles and its goals. Its leader is a certain Dr. A. Seegers and its organ is called “Tot Vrijheid Ceroepen” (Called to Freedom). It is a 14-page periodical, published monthly by the Johannes Althusius Foundation, and has the following staff: Mr. W. Beernink of Dordtrecht, Jhr. W. de Savornin Lohman of Arnhem, Dr. A. Zeegers of Amsterdam, and Mr. M. A. van Wynguarden, also of Amsterdam. The address of the administration is Gijsbert Japicxstraat 2, Lecuwarden. The subscription price is 2 1/2 guilders (only about 65 cents in our money).

A SPEECH BY DR. BONDA

The December, 1958, issue of “Tot Vrijheid Geroepen” featured a speech by Dr. Bonda on “Our Attitude Toward Socialism.” We quote the following from his address (translated):

“As a creeping inflation is dangerous because one does not notice it at the moment, so also a creeping socialism presents great perils for the development of society. Every revolution or radical, vital social change is preceded by a ferment of the spirits. If no contrary action is called into being which exorcises the spirits, we are confronted with an accomplished fact.

“By opening the prospect of a welfare state they know how to attract the masses. Besides being drawn by envy and a deep consciousness that much injustice is being perpetrated on the earth, people are allured by socialistic ideas which present beautiful promises of a better social structure. This is all the more potent when people feeI that they are dealt with unjustly by those who have a higher income. That which captivates them most is when a higher plane of welfare can be reached without price, without risk, and without special effort. A means to this end is seen in nationalization or socialization through which the so-called welfare is thrown into our laps. This puts us right in the middle of the problem of increasing nationalization, as propagated by the Labor Party.” 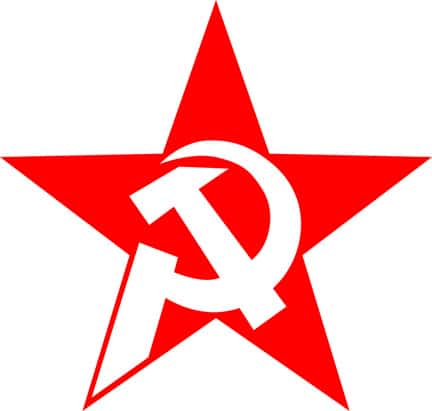 The Dutch name for the politico-economic movement which we call welfarism, or statism, is “dirigisme,” which may be translated: directionism. It refers of course to the trend and movement which wants to let the state give direction to and exercise control over many of the facets, or phases, of the economic life of the country.

Recently a special brochure, entitled “Van Kuyper Tot Keynes” (From Kuyper to Keynes), written by Dr. Zeegers, was published by the aforementioned Foundation. The sub-title (translated) reads: The Anti-revolutionary Party on the dirigistic path of error. The writer says: “We have repeatedly stated that the Christian parties have loudly expressed their aversion to socialism but in practice they have allowed themselves to be hitched to the wagon of the Labor Party; they have no politics of their own, and are satisfied with applying the brakes.”

By means of a comparison of the Anti-revolutionary Party’s platforms of 1946, 1948, 1952, and 1956, the writer seeks to show that it has gradually set its foot on the dirigistic path of error (“doolweg”). A second chapter is entitled: “Justice and Freedom in Bonds.” Chapter Three bears the title: “The Origin of the New Ideas.” The question is raised whether these ideas arc the fruit of a new study of what the gospel teaches. The answer is not an affirmative one.

The writer points to the English economist Lord Keynes whose theories, by the way, found much support in our own country, especially in the great depression of the thirties. Keynes defended the idea that it is the task of the state to provide complete employment, especially in a period of widespread unemployment. He was not concerned about the financial consequences and approved n certain amount of inflation. Those ideas were intended to be introduced only in n time of financial depression, but in tho Netherlands, says Zeegers, they were applied when there was no depression. He quotes the German author Hopke as saying in a recent book that it was Keynes who sowed the seed out of which the evil of inflation is arising everywhere today.

A following chapter has the caption: “The Anti-revolutionary Party Hit in Its Main Artery.” Abraham Kuyper, its leader, defended the slogan: “Limit state interference!” That is; Let the government reduce its needs to the smallest possible dimensions, and let individuals and corporations do all they can to promote prosperity! That was said in 1879. In 1917, about 40 years later, Kuyper maintained this standpoint when he wrote his Anti-revolutionary Politics. Twenty years later Colyn, Calvinist prime minister, still defended that principle. But today the Anti-revolutionary Party has virtually surrendered it.

The writer also calls attention to the fact that Keynes declared his system to fit in with the totalitarian, rather than the democratic, form of government. Dictatorial powers are needed if the government is going to regulate the economy. In detail Zeegers delineates the manner in which the application of that principle has led to the loss or restriction of constitutional rights. Devaluation of the currency, inflation, rent-control, price control, black wages (“zwarte loonen” wages exceeding the legal limit), the stifling of initiative in business, the growing influence of pressure groups, and other manifestations of government interference in economic matters, are discussed in detail. Zeegers writes: “The dictatorial element in dirigism eats away. There is even an ecclesiastical dirigism which conflicts no less with the Reformation idea of freedom than political dirigism.”

A PLEA FOR “CHRISTIAN LIBERALISM”

In a following chapter Dr. Zeegers outlines in a general way an economic program which he calls Christian liberalism. In a significant introductory remark he observes that many people desire spiritual and political freedom but not economic freedom. But experience teaches that such a combination is impossible. Those who lay the axe at the root of economic freedom will arrive, by way of the destruction of political freedom, at the death of spiritual liberty—which is but another way of saying that when the state claims authority over certain areas of life which are outside of its proper domain it will not hesitate in the end to fasten its tentacles even on religion and the church.

Zeegers pleads for the restoration of the right and honor of private property, sou n d money (through resolute war against inflation), the law of supply and demand, the stimulation of business capital, the abolition of rent control, and particularly a strict limitation of the national budget. Happily, we add, there are also in our own land many leaders who plead for the pursuit of these same objectives because they see the peril of the Welfare State. In this connection Zeegers quotes a statement by Colyn: “The state is as poor as a church mouse. It has nothing of its own. The money which it has at its disposal must first come out of your pocket.” Would this were understood by all Americans!

It is hardly necessary to point to the significance which all this has for the United States. We have the same problems which trouble the nations of Europe, though in our case they may be a bit less acute. The trend to socialism is world-wide. To be sure, there must be in this complex society of our day a larger measure of regulation by the state of our economic life than in a former age. But such regulation should not go beyond the prevention and punishment of injustice, dishonesty, and oppression, while no projects of an economic nature should be undertaken by the government except those which it alone can manage properly. It should not stifle private initiative, penalize thrift, or suppress the liberties of the citizens.

There is not the slightest basis in what the Bible teaches about the proper task of the state to justify the modern trend to an almost unlimited expansion of governmental interference with the economic life of the nation.

Those who are interested in knowing more about the movement in the Netherlands to break the fetters of a ubiquitous, everywhere present and all-powerful government, and who can read the Dutch, should send for sample copies of “Tot Vrijheid Geroepen”; or, better still, send in their subscription to the address mentioned above.