The Princeton Declaration was widely-circulated at the 205th General Assembly in Orlando. It was developed and written by a group of five Princeton Theological Seminary students in response to the New Brunswick Overture which originated in the Nassau Presbyterian Church in Princeton. They worked for months with Dr. Ulrich W. Mauser, Professor of New Testament at the seminary, to study the Scriptures and come to a biblical conclusion concerning the ordination of self-affirming, practicing homosexuals.

The students concluded that the PC(USA) was correct in its decision not to ordain individuals engaged in unrepentant homosexual behavior. 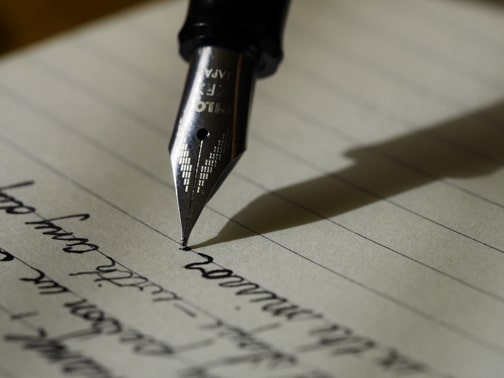 At the outset it is important to acknowledge and respect the power of language to shape, form and influence the way we think, feel and believe. We recognize that the current debate within the Presbyterian Church (U.S.A.) concerning the ordination of those engaged in homosexual behavior has often given rise to language that serves to misinform and inflame. We uphold the decisions of the PC (U.S.A.) against ordination or “persons engaged in unrepentant homosexual practice.” The position of the church is clear.

COMPASSION IS NEEDED: We are dealing with human lives.

We are aware that there are people within the church who are cruel and unjustly prejudiced toward homosexuals. The church must resolutely condemn that attitude. We must be guided by Jesus’ command to love others as we love ourselves. The church must be a place where all people, without regard to their particular sins, are free to struggle openly with the ir beliefs and feelings.

CONVICTION IS ESSENTIAL: Our conviction is grounded in the Word of God.

The issue of ordination is not about whether standards are to be maintained, but rather about what the standards should be and by what authority they are governed. We believe that standards should be set and maintained by the Word of God, the principal authority for all of Christian life and service. We believe that those who favor the ordination of persons engaged in homosexual practice cannot do so by appealing to the Bible as their principal authority. In a world where many different voices compete for our attention and obedience, we must hear and obey the Word of God as attested to in Scripture and the confessions of our church.

THE BIBLICAL AND CONFESSIONAL WITNESS: The Bible is unambiguous in its affirmation of the male-female convenantal sexual relationship and its condemnation of homosexual practice.

There is a biblical mandate for sexuality. The Genesis creation accounts, the Song of Solomon, the nuptial imagery in Hosea and the text pertaining to the covenantal nature of God bear witness to God’s blessing of the male-female covenantal sexual relationship. The Bible also upholds celibacy in the single life.

So God created humankind in his image, in the image of God he created them; male and female he created them. God blessed them, and God said to them, “Be fruitful and multiply.” –Genesis 1:27–28a (NRSV)

Have you not read that the one who made them at the beginning made them male and female, and said, ‘For this reason a man shall leave his father and mother and be joined to his wife, and the two shall become one flesh’? So they are no longer two but one flesh. Therefore what God has joined together, let no one separate. –Matthew 19:4–6 (NRSV)

The Bible rejects homosexual practice in both the Old and New Testaments.

You shall not lie with a male as with a woman; it is an abomination. –Leviticus 18:22 (NRSV)

Therefore God gave them up in the lusts of their hearts to impurity, to the degrading of their bodies among themselves, because they exchanged the truth about God for a lie and served the creature rather than the Creator, who is blessed forever! Amen. For this reason God gave them up to degrading passions. Their women exchanged natural intercourse for unnatural, and in the same way also the men, giving up natural intercourse with women, were consumed with passion for one another. Men committed shameless acts with men and received in their own persons the due penalty for their error. –Romans 1:24–27 (NRSV)

The apostle Paul insists that homosexual practice is the consequence of idolatry, the exchange of the worship of God alone for the worship of creatures.

In The Book of Confessions (4.087) the Heidelberg Catechism, within the context of its statements regarding humanity’s ungrateful response to God’s grace in Jesus Christ, rejects unrepentant homosexual practice.

Question 87. Can those who do not turn to God from their ungrateful, impenitent life be saved?

Answer. Certainly not! Scripture says, “Surely you know that the unjust will never come into possession of the kingdom of God. Make no mistake: no fornicator or idolator, none who are guilty either of adultry or of homosexual perversion, no thieves or grabbers or drunkards or slanderers or swindlers, will possess the kingdom of God” (from I Corinthians 6:9).

THE CHRISTIAN IDENTITY: We are created in the image of God and our primary identity is as children of God.

We acknowledge Jesus as Lord and Savior, bear witness to Him and not ourselves, and we ultimately seek to do the will of God and not our own will. Many groups throughout history have substituted other agendas for this central agenda of the Church. Our primary identity rests in our relationship of obedience to God through Jesus Christ in the power of the Holy Spirit. “Homosexual” and “heterosexual” are not terms descriptive of the fundamental Christian identity. As Christians we confess and repent of our sins and our identity rests in our relationship with God whom we worship and serve. We are made new, transformed and called to live lives of obedience to the Gospel.

As children of God our first mandate is to love God with our whole heart, soul, mind and strength and to love our neighbors as ourselves. To love God is to obey God’s commandments. God’s commandments concerning sexual behavior are clear, and we must stand on the firm foundation of the Scriptures while recognizing and giving ear to the human pain and struggle which surrounds this issue.

Signed at Princeton Theological Seminary Princeton, New Jersey, in the Spring of 1993