There is a right way and a wrong way to use the precious doctrine of the covenant. The right way is to stress the particular spiritual advantages which our covenant children enjoy. Priceless is the Christian upbringing; the hearing from infancy on about the God of Abraham, Isaac, and Jacob; and the salvation God provided through His only Son. Also stressed must be the special responsibility placed upon those in the covenant that, as heirs of God’s kingdom, they are to respond to the promises of God. 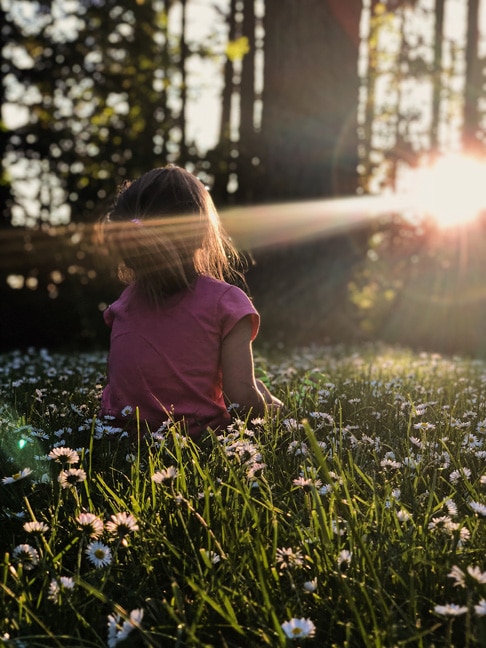 Unfortunately, there is often a distinction made between covenant preaching and evangelical preaching. This distinction is based upon a misconception of the relationship between the covenant and the Gospel.

The covenant promise given to our children should not be weakened by explaining away its meaning. This is often done by teaching that when, upon coming to the years of discretion, they believe in Jesus Christ, they will be saved. If this is all there is to the covenant promise, there is no advantage whatsoever in being a covenant child. Such a promise is nothing more than the gospel invitation that comes to all people everywhere, whether they are born in God fearing or godless families.

We do not do the covenant justice when we declare that the only advantage given to our covenant children is that of their Christian training. Certainly we expect that through our Christian schools, catechism, Sunday Schools, etc., it is much easier for our children to turn away from sin and on to God than for those who are born and raised outside of the Christian Church. Yet, we must realize that if that is all there were to the covenant, the advantages would be negligible.

The covenant, in the narrower sense, refers to the privileges of the children of believers. Never absent from these privileges should be the presentation of the Gospel. To say that the Gospel is summed up in the words, “Believe in the Lord Jesus Christ, and you will be saved” ignores the fact that Paul added these words: “you and your household” (Acts 16:31). Many Christians fail to realize that God intends to save families, not merely individuals. One of the greatest weaknesses in American Christianity is that it has lost sight of the covenant in the narrower sense. Individualism rules in America. That is why we see such a breakdown in Christian education, catechism teaching, and family devotions.

Our baptized children, like the children of the Old Testament, are sons and daughters of the kingdom. There was a time when many Christians of Reformed persuasion did not understand that the children of believers were “holy seed”; that such children have special promises and privileges; that as a rule God elects His people from among the sons and daughters of those who are members of His church; and that the Holy Spirit works His saving grace among the lambs as well as the sheep.

Covenant children have the promise that God will be their God. To them is the promise of the Holy Spirit, according to Peter’s emphatic declaration in his Pentecost Sermon (Acts 2:39). That means that the Spirit of God works in the hearts of believers and also in the hearts of their children. The evidence for this is clear and undisputed. True enough, experience shows plainly that not all baptized children are regenerated. Some do fall away. But it also proves just as conclusively that the great majority of Christians are those whose parents feared God and believed in the Lord Jesus Christ. God perpetuates His Church from generation to generation through the children of believers. There is only one explanation for this: God is forever fulfilling His promise that He is the God of believers and their seed.

Certainly, there are those who have received baptism as infants who go astray and die in their sins. Every church consistory has had to deal with them. Even in the Old Testament, there were those in the covenant who sought their own pleasure rather than the things of God. Esau and Achan come quickly to mind in that respect. Nevertheless, God’s promise to the covenant child is a very definite and a very sincere promise.

What then is the right way to preach and teach the covenant? We are to do full justice to the covenant promise. We must maintain that our children are to be regarded and dealt with as holy seed. We need entertain no doubts concerning the salvation of covenant children who die in infancy. For those who grow up, we must hold unwaveringly that they are children of God until they plainly show by their attitude and conduct that they are not lovers of God.

But when do our sons and daughters begin to show this? When they, coming to years of discretion, refuse to confess Christ and they do not forsake this sinful world for His sake. There have been instances where baptized but non-confessing members of the Church, who were well beyond the age of discretion, who have died without giving any definite proof of loving Christ nor His kingdom, were pronounced saved on the grounds that they were covenant children. This seems to be a serious misuse of the doctrine of the covenant. It rests upon the wrong assumption that the prerogatives of the covenant make regeneration and conversion unnecessary – as if it were some kind of short cut to salvation for the specially privileged or a substitute for the harder road of personal repentance, conversion, and the Christian lifestyle. Public profession of faith must be the fruit of conversion, not its substitute.

If such an erroneous view of the covenant should prevail among us, our preaching and teaching would lose their evangelical flavor. The summons to conversion will either not be heard or it will become a muffled sound. Genuine covenant preaching must be thoroughly evangelical. It must stress the need for new birth, repentance, and conversion.

The many warnings against covenant unfaithfulness given to God’s people by the prophets and by Jesus along with the intense evangelical earnestness that characterized the preaching of John the Baptist and Paul should make us aware of the need to proclaim the gospel promise in its entirety to each generation of covenant children. Jesus demanded faith as a condition for salvation. His preaching was characterized by evangelical fervor, tenderness, and earnestness.

Is it impossible to combine full emphasis on the covenant privileges of our children with real evangelical fervor? Certainly not. We need evangelical earnestness, emphasis on the need of the new birth and of conversion as a turning from the world in a complete surrender to Christ. Not only must the Gospel invitation be stressed, but also the great responsibility of those who are “near to the kingdom of God” by virtue of the covenant.

Such preaching may be difficult; for we are all inclined to be one-sided, to slight one truth at the expense of the other. But it would be impossible only if the covenant position of our children made regeneration and conversion unnecessary. The grace that God promises to His covenant children is precisely the grace that is needed in our preaching. God’s grace alone can provide a new heart and a new life to those within and also those outside the covenant. Let the preacher exhort all God’s children with an earnestness to pray and to seek for that grace, pleading on the promise of their covenant God.