“Preaching should be outlawed!” That’s how the young man put it in his stirring argument against sermons in churches. I was listening in the next aisle at Wanamaker’s Department Store in downtown Philadelphia in the mid-1970s. I strained my ears to hear the two men talk about preaching in today’s society.

The flow of the argument was simple enough. Preaching, one said, was a senseless act in a day of mass communication (television, radio) and in a day when people wanted intimate contact with one another (small groups, discussions). There was really no need for the in-between sized lecture in a church meeting. It was boring and irrelevant. The archaic practice should be stopped. Outlawed was the word he used.

I do not think he meant a literal legislative act. Yet the incident is locked in my memory, not for the logic of the argument, but for the passion of the men for their subject. I had just finished my seminary training for a career in preaching, and here was a vigorous plea for the expulsion of sermons from churches by someone who regularly attended.

While preaching has continued despite arguments like this one, many people seem to endure sermons rather than pay attention to them. There is a quiet despairing today of preaching as a God-appointed means of grace, a way of growing in one’s Christian life. A preacher steps into the pulpit and a spiritual coma sets over the people in the pews. The expressions on their faces might be alert enough to satisfy the preacher, but there is no hope for help in their hearts as the sermon begins. By the end of the message, the situation has not changed.

What kind of preaching builds up God’s people? The Apostle Peter has a thought for us on the use and value of preaching in the church. He wrote, “If anyone speaks, he should do it as one speaking the very words of God” (I Pet. 4:11 ). For Peter, preaching is elevated to a role of honor, power, and worth in the life of the church. When he writes, “if anyone speaks,” he is undoubtedly referring to the public exposition of the Word in church gatherings. “The very words of God” is translated in some Bibles as “the oracles of God.” In ancient Greek literature, the phrase refers to the eloquence of the pagan gods when they spoke to one another. The apostle seems to be saying, “When you speak in church, do it as if you were speaking God’s eloquent message.” 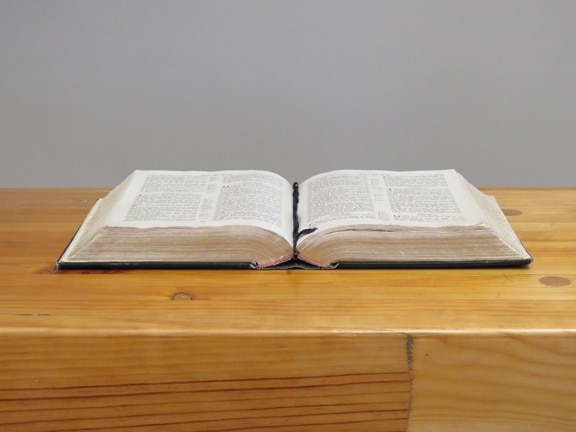 From Peter’s exhortation we learn of the awesome duty both of giving and of listening to sermons. To preach as if uttering the very words of God is not a matter of arrogance or presumption. Preachers are not to patronize God’s people. This speaking is to be with authority, purpose, and content that match the zeal of God for His people’s welfare.

Preaching has been a critical tool in the development of the church over the centuries. Many have been brought to repentance and faith by the public declaration of the Word of God. When the New Testament church received the Spirit at Pentecost, God used Peter’s sermon to explain what He was doing and to ive application to His great work of pouring out the Spirit. Thousands were converted.

From Pentecost onward, preaching was meant to have an enormously important part in building up Christ’s church. Here’s why. First, when Biblical preaching occurs, the Bible is used. It is read, taught, and applied. Sometimes the preacher sees one verse and at other times he uses a string of verses. There are times when a paragraph or even a chapter of the Bible is exposited, but Biblical preaching always bases the message on the Word of God. There is power in it.

When the Bible is our text, there are benefits for the church. Consider the answer to Question 89 in the Shorter Catechism of the Westminster Confession of Faith: “The Spirit of God maketh the reading, but especially the preaching, of the Word, an effectual means of convincing and converting sinners, and building them up in holiness and comfort through faith unto salvation.” The church becomes healthier and grows when the Bible read.

As the Bible is used in the pulpit, the great redemptive themes of Scripture come forward. Salvation, grace, repentance and faith, regeneration, atonement, righteousness and other major doctrines of the Word surface regularly. Also, the quality of life resulting from these teachings grows. Matters of trust, humilility, prayer and submission naturally come out of the weekly exposition of the Bible.

Of course, the great purposes of the Bible become the purposes of sermons. As the Scriptures comfort, persuade, rebuke, instruct and inspire, so do the sermons based on text of the Holy Writ.

The teachings, lifestyles and purposes of Scripture drive the pulpit work. The power of the spoken word is the written Word. The speaking is done, then, as if speaking the very words of God because of the presence of the Bible in sermons.

A second reason that preaching is a constructive means of grace for the church is that in the preaching Jesus Christ Himself speaks. Here is one of the distinctives of e Reformed tradition we must raise from the dust. The preacher’s voice is the voice of Jesus for His people. When Jesus sent out the 72 He said, “He who listens to you listens to me; he who rejects you rejects me” (Luke 10:16).

The voice of the Savior is heard in the preaching of the Word. This is not an arrogant claim of Sunday morning divine inspiration. It is a claim based on the careful exegesis of Scripture.

Compare the words of Moses in Deuteronomy 30 with the New Testament explanation in Romans 10, and see how we arrive at the conclusion that the voice of Jesus is in the Sunday pulpits. Moses spoke to the people of his day about obedience to the revealed will of God. He said, “Now what I am commanding you today is not too difficult for you or beyond your reach. It is not up in heaven, so that you have to ask, Who will ascend into heaven to get it and proclaim it to us so we may obey it?’ No, the word is very near you; it is in your mouth and in your heart so you may obey it” (Deut. 30:11–14).

The people are told that the Word of God, written on tablets of stone, is among them through the teaching of Moses, the servant of God.

When the Apostle Paul picks up the line of reasoning from Moses, he puts a New Covenant twist on it. He says in Romans 10:6–8, after quoting the Deuteronomy passage, that the preaching of the good news of salvation in Christ is among us by the proclamation of the preacher. He writes, “How can they believe in the one of whom they have not heard? And how can they hear without someone preaching to them?” (Rom. 10:14). We notice that hearing Jesus in the first ques-tion is the same as hearing the preacher in the second question. The voice of the Savior is heard in the preaching of the Word.

John Calvin puts it this way: “Among the many noble endowments with which God has adorned the human race, one of the most remarkable is that he deigns to consecrate the mouths and tongues of men to his service, making his own voice to be heard in them” (Institutes, IV.I–5).

So we begin to understand the meaning of Peter’s words, “If anyone speaks, he should do it as one speaking the very words of God.” Preaching is a means of grace for the church because of the careful use of the Bible in the pulpit and because the voice of Jesus is heard in the preacher’s voice.

A third reason why preaching builds up the church is that the Holy Spirit has a special duty to empower the pulpit’s work. In I Corinthians 2 we read, “My message and my preaching were not with wise and persuasive words, but with a demonstration of the Spirit’s power, so that your faith might not rest on men’s wisdom, but on God’s power” (vv. 4–5). The great preaching apostle did not depend on the human skills of oratory or logic. He depended on a “demonstration of the Spirit’s power.”

Hear those five words: “demonstration of the Spirit’s power”! This is what preaching should be like in the church today: Holy Spirit demonstrations. Such divine action in the pulpit must be the preacher’s deep desire and the people’s longing. The Apostle Paul desired it more than anything else when he stood to speak. He was not interested in the thrill or novelty of it, but he was concerned for the faith of those who listened. He preaches “so that your faith might not rest on men’s wisdom, but on God’s power.”

Does it sound trite to say that the need of the hour is for the Holy Spirit’s power in preaching? We need this demonstration desperately.

It is attained in two ways. First, people in the church must long for it and pray for it. We must desire sermons that have content, authority, and power; that speak resoundingly “the very words of God.” We must plead with God for our preachers. When we pray for Spirit power in the pulpit, we will hear strong sermons.

A second path to Spirit power in preaching is the preacher’s heart. Such power comes from a life of piety, integrity, and devotion. The preacher who longs for a demonstration of theSpirit’s power trembles to step up to the pulpit unless he has begged God for this help.

He also has a deep longing to be effective and to see changed lives. Jonathan Edwards has been quoted as saying, “Every time I enter to preach, I want to see every man give his life to Christ. But whether or not every man does, I will give him mine.” A Spirit-filled man steps into the pulpit wanting more than anything to see lives changed, and the scene is set for a “demonstration of the Spirit’s power.”

This is the preaching that builds up the church. The man in the pulpit rises and speaks “as one speaking the very words of God” because he uses the Bible, because the voice of Jesus is heard, and because the Spirit empowers.