NOTE: This is the seventh of a series of attitudes on common contemporary viewpoints which are contrary to Orthodox Christianity. 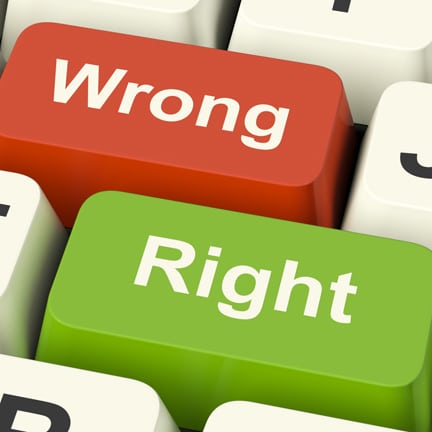 UNITARIANISM is that religious system which denies that there are three Persons in the Godhead. It holds that there is only one divine Person, God the Father. Accordingly, Unitarianism denies the true deity of Jesus Christ, and the deity and distinct personality of the Holy Spirit. It teaches that Jesus was a great and good man, and that the Holy Spirit is merely a divine influence. The term “Unitarianism” is really ambiguous, for the orthodox doctrine of the trinity (which Unitarianism denies) includes belief in the unity of the Godhead.

The Unitarian heresy has a long history back of it, for there have always been tendencies working to undermine the Christian doctrine of the trinity. Perhaps the most ancient form of Unitarianism was Arianism, a heresy which flourished about 300 years after Christ. Although heretical, Arianism was much closer to the truth than modern Unitarianism. The early Arians believed that Jesus was much more than a mere human being; they held Him to be the first and greatest of all created beings, through whom God created the rest of the universe. They did not hesitate to call Christ “the Son of God,” but they denied that He existed from all eternity; they held that the Son had a beginning. They also denied the true deity of the Holy Spirit, affirming the Spirit to have been created through the Son. Arianism was rejected as a heresy by the Church at the Council of Nicaea, A.D. 325.

In the period following the Reformation Unitarianism again became prominent in a system of religion called Socinianism, after its founder Faustus Socinus, an Italian theologian who died in 1604. The Socinians held that Jesus Christ was a mere man, who did not exist before H e was conceived by the Virgin Mary. They also denied that the Holy Spirit is a distinct Person of the Godhead. Yet they held that Jesus Christ has been exalted by God the Father to be Lord and ruler over the whole creation. On the other hand, they denied the doctrines of original sin, imputed righteousness, the substitutionary atonement, predestination, and others.

Modern Unitarianism developed in England from the gradual break-down of orthodox Christianity. It is the next to the last station on the journey from Calvinism to irreligion. Many influences were at work fostering this process of disintegration. In general it may be said that the breakdown took the following form: (1) The full, consistent Calvinism of the Westminster Confession and other Reformed creeds was given up for inconsistent Calvinism; (2) inconsistent Calvinism gave way to Arminianism; (3) Arminianism, except where sustained by repeated revivals, tended to break down into Unitarianism; (4) Unitarianism, after the lapse of considerable time, tends to pass over into almost complete religious indifference. This is a long trail, but when once consistent Calvinism has been toned down or modified, there is no real, permanent stopping place until infidelity has been reached.

The Unitarian Church in America owed its origin to Unitarian teachings imported from England, the movement beginning in Boston about 1785. A number of ministers began to accept and teach the Unitarian doctrines. The first avowedly Unitarian church in America was King’s Chapel, Boston, the original Episcopal Church of Massachusetts. Its pastor, James Freeman. was refused ordination in the Episcopal Church because of his unsound views about the deity of Christ. The church then became independent and ordained Freeman, who preached Unitarianism there until he died. By preaching and literature, Unitarianism was spread and the movement gained considerable ground. In 1805 Henry Ware, a man of definitely Unitarian views, was appointed professor of divinity in Harvard College. This event resulted in a general feeling in orthodox Congregational circles that Harvard could no longer be regarded as a sound institution for training ministers. Accordingly, in 1808, a new institution was established on an orthodox basis at Andover, Mass.

Slowly but definitely the movement gained ground and adherents. A leader on the Unitarian side was the noted preacher W.E. Channing. Besides his Unitarian sentiments, he was unsound on a number of Christian doctrines. Channing was opposed by Moses Stuart, professor in Andover Seminary, who defended the doctrines of the trinity and the deity of Christ. Finally the controversy reached a stage where the churches and their members had to take sides and choose between Unitarianism and orthodoxy. The Congregational churches became divided into “Unitarian” and “Trinitarian” denominations. Thus originated the Unitarian Church of America.

The Unitarian Church has undoubtedly exerted an influence contrary to the truth of Christianity. But official Unitarianism has been less influential than might perhaps be expected. For one thing, it is frankly and honestly labeled “Unitarian,” with no beating around the bush or equivocal use of terminology. Thus the Christian public has fair warning to be on guard against heretical doctrine. In the second place, official Unitarianism has proved to be a very mild and inactive movement. Possessing almost no missionary or evangelistic zeal (no wonder, for Unitarianism has no real Gospel to preach), the movement has progressed only very slowly. It has lacked the energy and enthusiasm which would make it a real menace to Christianity.

Much more subtle and dangerous is what may be called “Crypto-Unitarianism,” or concealed Unitarianism. This term is applied to ministers and members of officially Orthodox churches, who hold Unitarian views. This situation has existed and exists today on an extremely wide scale. A number of the largest and most influential denominations of American Protestantism have been thoroughly infiltrated by Unitarian theology. In such denominations the official creed of the church can no longer be taken at face value by the public; it has become “a scrap of paper” contradicted by the real facts of the situation.

Crypto-Unitarianism is especially a sin of ministers, though large numbers of church members are involved. Candidates who hold Unitarian views, usually acquired at an unsound theological seminary, apply for ordination in officially orthodox denominations. To obtain ordination, they must answer the prescribed queries and take the regular ordination vows, which involve an acceptance of orthodox Christian theology, including the trinity and the deity of Christ. To get past this barrier, the candidate answers the queries and takes the vows with mental reservations, “interpreting” the doctrines of the trinity, the deity of Christ, etc., in a Unitarian sense.

Such “interpreting” of doctrines to make them mean something contrary to their proper, historical meaning, is of course dishonest. But we should not suppose that it is always, or even usually, done with conscious dishonesty. Crypto-Unitarians no doubt often sincerely believe they are honest and upright in taking such a course of action. They feel justified by such rationalizations as the following: “It is no longer possible for intelligent, educated people to accept the old doctrines of the trinity and the deity of Christ;” “The day is coming when the ‘liberal’ interpretation of religion will be universally accepted;” “The acceptance of creeds should not be allowed to interfere with the march of progress.” Thus the Crypto-Unitarian clergyman can publicly accept a creed which teaches the doctrines of the trinity and the deity of Christ, even though he personally rejects both of these doctrines. When such a man says, “I believe in the divinity of Christ,” his affirmation is virtually meaningless. Many “liberals,” under the influence of modern philosophy, have a belief in “God” which is virtually pantheistic, regarding God as an aspect of the universe. When they say “Jesus is divine” or “Jesus is God,” this is not because they have a high view of Jesus, but because they have a terribly low view of God. The meaning of the statement “Jesus is God” depends entirely on what is meant by the word “God.”

The Harm of Unitarianism

Unitarianism, whether that of the Unitarian Church or the Crypto-Unitarian variety, is absolutely destructive of Christianity as the power of God unto salvation. Scripture represents the plan of salvation as the working out of an eternal covenant between the Persons of the divine trinity. Without the orthodox doctrine of the trinity there is no real Christianity. Unitarianism sabotages the plan of salvation and renders it impossible. Christianity is then reduced to a form of moralism, or salvation by works and character. Jesus is regarded as a mere man; the Gospel becomes mere advice. We can repeat the words of Mary Magdalene at the tomb of Jesus: “They have taken away my Lord.” Yet a type of theology which is essentially Unitarian is not only tolerated, but dominant, in a number of the major “evangelical” denominations of America today. Men who are publicly known to reject the Trinity and the deity of Christ are honored by being accorded prominent and responsible positions in their denominations. Attempts to deal with such situations by church discipline have usually failed. A new Reformation is urgently needed in contemporary American Protestantism. “For the time is come that judgment must begin at the house of God” (I Peter 4:17).