There is no one, least of all the Christian, who does not share the concern of recent years regarding the environment—the pollution of the air, streams and lakes. When the children of God sit down with the Bible and quietly contemplate creation as it came forth from the hand of the Creator, they see it as a thing of exquisite beauty. They try to imagine the time when the sky was clear and bright everywhere; when the only sounds were those of birds and animals, and man and God blending their voices in pleasing harmony; when the only looks between two perfect human beings were those of trust, love and tenderness.

But then came sin, that hideous rupture between man l and his God, and subsequently man and the world. Nature became polluted; hatred and selfishness replaced love and trust in the heart of man. And down the long avenue of history stalked the monster of death, Satan himself, leaving in his wake a tainted world and broken lives ravaged with guilt and thoroughly polluted with sin.

There was a time when the term “pollution,” along with many other theological terms such as “guilt,” “conversion,” or “sanctification” were considered outdated, unable to communicate to the “American mind.” But seemingly, the “American mind” has no trouble whatever understanding the concept of “pollution” in the natural sense of the term, for “pollution” is a politically correct battle cry of thousands in this country today. And this is good. Certainly we are under obligation to God to restore our natural resources to as much of their original purity as possible.

There is another area in this world however, which is totally polluted and few seem to be concerned. It is the human heart which is “deceitful above all things and desperately wicked.” About this deeper dimension of pollution there is—silence. Even many clergymen and other religious leaders are patting themselves on the back for all their efforts to clean up the environment, and they say nothing about the root problem—sin. 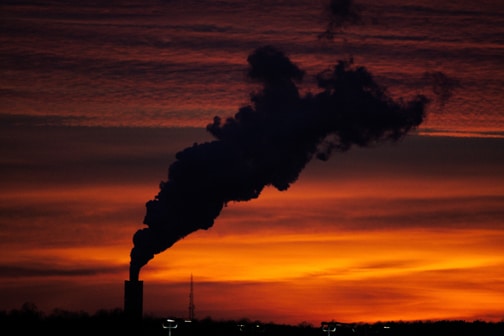 In the Belgic Confession, Article 15, we read:

We believe that through the disobedience of Adam original sin is extended to all mankind; which is a corruption of the whole nature and a hereditary disease, wherewith even infants in their mother’s womb are infected, and which produces in man all sorts of sin, being in him as a root thereof, and therefore is so vile and abominable in the sight of God that it is sufficient to condemn all mankind.

In the Canons of Dort, under the third and fourth heads of doctrine we read:

Article 1 Man revolting from God by the instigation of the devil and by his own free will…forfeited these excellent gifts, and in the place thereof became involved in blindness of mind, horrible darkness, vanity, and perversement of judgment; became wicked, rebellious, and obdurate in heart and will, and impure in his affections.

Article 3 Therefore all men are conceived in sin, and are by nature children of wrath, incapable of saving good, prone to evil, dead in sin, and in bondage thereto, and without the regenerating grace of the Holy Spirit, they are neither able nor willing to return to God, to reform the depravity of their nature, or to dispose themselves to reformation.

This is pollution of the soul. When pollutants are released into air or streams, one can see their track only for a few moments. Very quickly they are absorbed into their environment and, in fact, they become part of the environment which is the concern of the environmentalists.

So it is with sin. Inside, every aspect of our being is not only tainted with sin, but completely corrupt by nature. And from outside come evil influences, many of them masquerading as agents of refreshment—the cool intoxicating drink; the seductive music with lurid lyrics, lulling us or insanely driving us to lose self-control; the drugs that desensitize and demoralize; the false philosophies which abrogate truth, sometimes even in the name of religion or spirituality; the taking of innocent life, young or old, to enhance personal ease or pleasure; the unveiling of more of the human body, in style or pornography, than mortals can handle; the internet filth; the redefinition of the family to include cohabiting couples without marriage, often calling themselves “parents” to impressionable children, gay or lesbian “parents,” biological parents versus surrogate parents due to genetic juggling. Like the pollutants of air and streams, these pollutants invade an already corrupt heart and destroy it for all eternity unless it is redeemed by the blessed blood of Jesus Christ.

What are we doing about this pollution? For the most part, Christians are going blissfully on their way, climbing the ladder of personal success, not understanding or wanting to understand that if they do nothing to stem the tide, certainly the unbelieving community will not restrain or reverse the trends.

In the Netherlands, once a strong Reformed community, things have reached a shocking stage—open copulation and permissible death by lethal injection. Generations are arising that “know not the Lord,” and too many older folks are saying, “Well, that’s life.”

As Christians we must wake up to the fact that we are in a battle even though things have never looked so prosperous and beautiful. We must avoid the temptation to be “politically correct,” take the sword of the Spirit which is the Word of God and apply it verbally in the private context of our families and in the open context of the marketplace. There are many activist organizations out there that are fighting for Christian values. Join them. Write letters to the editor in local newspapers. Engage neighbors, friends and family in meaningful conversation which goes beyond the weather, the news, and the best dining facilities in the area. Begin a neighborhood Bible study, or invite unbelievers to one at church and be sure to go yourself. Bible study and church attendance is at an all time low. Lord’s Day observance is almost extinct. It’s a matter of eternal life or eternal death.