The doctrine of Scriptural infallibility is being questioned of late in Reformed circles on the ground that the term “infallible” is not found in Scripture. Some twenty-six years ago the Auburn Affirmationists used the same argument in reply to the reaffirmation of fundamentals made by the General Assembly of the Presbyterian Church U.S.A. “There is no assertion,” they said, “in the Scriptures that their writers were kept “from error”…We hold that the Assembly of 1923, in asserting that ‘the Holy Spirit did so inspire, guide, and move the writers of the Holy Scripture as to keep them from error: spoke without warrant of the Scriptures or of the Confession of Faith” (An Affirmation, 1924, p. 3).

This is biblicism in a new dress. Reformed theologians have always rejected the view that only what is literally expressed in so many words in Scripture is valid as dogma. For example, the doctrines of the Trinity, the two natures in Christ, infant baptism, and of Sunday as the Lord’s Day are not literally taught in Scripture, yet “by good and necessary consequence may be deduced from Scripture” (Confession of Faith of the Presbyterian Church U.S.A., Ch. I, Art. vi, p. 13). Against this position some Fundamentalists, Baptists, Seventh Day Adventists, and others raise objection. However, Church Fathers, in hammering out the Confessions and Creeds, have always proceeded on the assumption that the Bible contains a system of truth which the sanctified human mind is able to grasp and to formulate. Otherwise creeds would be impossible.

The question whether the Bible speaks infallibly in all its utterances is, therefore, first of all a question of approach and of method. May we conclude that since God cannot lie, and since Scripture is the God·breathed Word, written by holy men who were carried along by the Holy Spirit, the Scriptures are without error? Orthodoxy has always answered this question in the affirmative. The new biblicism says “NO”! 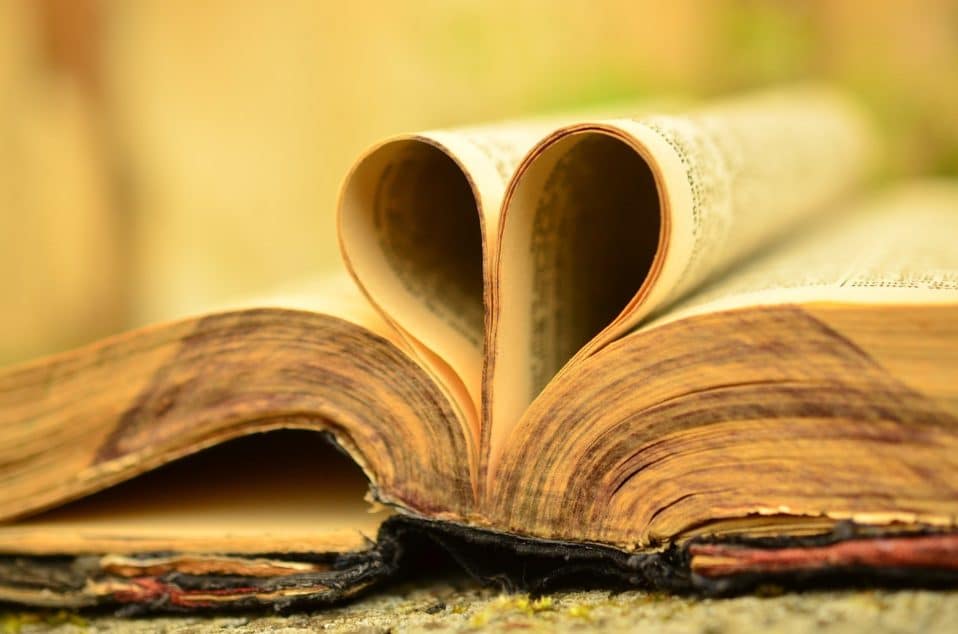 Numbers can tell a story. These, I believe, do. This fall 22 students plan to enter Calvin Seminary to study for the ministry. Of this group 7 are products of the Christian Reformed Churches in the United States. It is strange, even startling, that three fourths of the congregations of the denomination can produce less t:1um one third of the students for the ministry.

These numbers raise the question, WHY?

Is it because the glory of the gospel ministry has lost its luster in the souls of our youth? Have the homes which reared our youth fallen prey to the valuations of a technological culture which places a premium on the scientist? Have the ministers in the congregations proved poor examples for the youth of the church? Does the educational leadership at Calvin College focus the students’ minds on the greatest goals and loftiest aims? Could it be that the quality of theological training offered in Calvin Seminary has lost its lure because it has failed to provide a united front of first-rate Reformed scholarship? Is it be c a use the membership of the Christian Reformed Churches in the United States has lost its sense of urgency for the cause of Christ and the glory of God? Are we more secular and complacent than we dare realistically face?

The numbers stand. There they are: only 7 United States-born and -nurtured young men are entering the Seminary in the fall of 1960. We must find the answer to the question, WHY? Instead of arguing among ourselves to pin-point the blame, let each one of us put his own hand into his bosom. As we pull it out again, stained with sin, may our patient Father in heaven exercise his forgiving mercy and send his Spirit with seasons of refreshment. A.C.D.).

In a neat stack alongside of me as I write these lines lie 1597 pages of propaganda. For all of this material I paid $3.20. That figures to about two tenths of a cent per page. Here is a list of the titles, the number of pages, and the cost:

There seems to be some hesitation among us as to the desirability and the propriety of propaganda. Moscow does not share this feeling! I was able to purchase these books and pamphlets openly on Jasper Avenue in Edmonton, Alberta, in a store which stocks hundreds of Communist publications in at least four languages.

I think it strange (and the proprietor of the New World Bookstore in Edmonton agreed!) that those who believe in the only truly universal Kingdom, who profess that their Leader and Comrade (Matthew 23:10; John 15:15) is Lord of lords, often fail to realize that they are called to be propagandists for Christ!

It is no secret that a Sunday newspaper is a steady diet in some Christian homes. There are churches whose members seem to see no harm in reading it and no inconsistency between its perusal and the worship of God in his house and in their homes. Yet it seems to us that Christians should feel instinctively that the atmosphere which is created by the Sunday paper, and by practically all secular magazines, is in violent conflict with the spirit of worship. Sunday papers and magazines that are purely secular, possibly even worldly and frivolous, are a menace to the Christian home. They tempt us to neglect the reading of religious magazines and books and tend to erase the spiritual influence of our worship in the house of God. It takes little imagination to realize that the wave of secularism which threatens to dampen all spiritual aspirations easily becomes a veritable flood if we allow it to engulf the home, which is the cradle of religion.

We trust our ministers will not fail to want their people against everything that tends to undermine the influence of the church and the home, particularly against whatever promotes Sabbath desecration.

A little boy went to a restaurant with his parents. The waitress asked the little fellow what he would like. “A hot dog,” he said. His mother quickly interrupted and said, “No, he must have salisbury steak.” The waitress then said to the boy, “What do you want with it?” Came the quick reply, “Mustard, catsup, pickles, and onions.” Again the mother signaled for a change in the order, “He must have green beans.” The waitress, somewhat in doubt whether she should inquire any further from the youngster, finally came around to him again and said, “What would you like to drink?” “Root beer,” was his reply. For the third time the mother shook her head—“No, he must have milk.” The waitress, completing the order, left the table, and the little fellow leaning towards his mother said, “Mom, she thinks I am real!”

Little children are real people. Young and dependent though they be, they sustain important relations as living human beings. They are not in their infancy and dependency human zeros! They are not blank spaces waiting for maturity to fill them in! They are human beings real people—with tremendous powers for assimilation and imitation. Moreover, they have a trait that is often lost when adulthood is reached—the trait that is seen when they utter religious sentiment without affectation. They are real people in whom God’s grace can operate meaningfully. Certainly that is worth remembering in connection with our practice of the baptism of infants and little children.

Much of what one reads nowadays about the strained relations between whites and blacks in South Africa is simply a monotonous repetition of the condemnation of Apartheid—the policy of the present government to bring about a separation between the whites and the blacks. It fails to take account of the terrific problem created by the presence of 3,000,000 whites in a nation where 9,000,000 or 10,000,000 blacks also have their national home. The whites fear that as soon as the blacks gain the upper hand socially and politically they and their superior civilization are doomed. One of the best things we have read on the subject is an article by William M. Stringer, one of the special writers for The Christian Science Monitor. He states that “The Afrikaner looks ahead apprehensively to the time when the blacks, unless strictly contained, will have attained equality by slow stages and by sheer weight of numbers will have entered the dominant position.”

Mr. Stringer suggests that the solution might be a total separation and nation-wide partition, as realized in Palestine and in India. It would be a drastic remedy indeed. Which race would own the mines, the developed farm areas, the seaports? There would have to be a population resettlement on a vast scale. South African whites could no longer lean on the prop of cheap native labor. But modern mechanization has made it possible for a nation to live without serf labor. The only alternative remedy would seem to be to grant the blacks all the opportunities for education and self-improvement and to seek harmonious cooperation in government and economics in a racially mixed nation. This would require an altogether different attitude and spirit on the part of both whites and blacks. Apartheid will not work. It is not enough. The Afrikaners, says Stringer, will have to consider all the alternatives, the drastic as well as the ideal.