Perhaps it is trite to say that truth marches on. Yet, it is not so worn a saying that its application is never in demand. In the subject which we aim to discuss in this article there will be a decided call to remember the fact that truth marches on. As Christian Reformed people, who claim to have the purest interpretation of the Scripture, it might be well that we find ourselves in the line of march, lest we be found under the wheels of a juggernaut.

The synod of the Christian Reformed Church in its session of 1955 has again given negative answers to all overtures and protests on the labor union question, with the statement “that the Synod of 1954 has given consistories and classes adequate advice in the matter” (Banner, July 15, 1955 page 871). The closeness of the vote, however, points up the fact that the matter is not as simple as all that. The very fact that nearly half of the delegates were not in agreement with the answer calls for a closer examination of the subject.

Throughout the years synod has on several occasions expressed itself on the question, yet the fact that it crops up again and again indicates an inadequacy in the disposition of it. Truth has been the object of the quest, and truth has been found, to be sure. 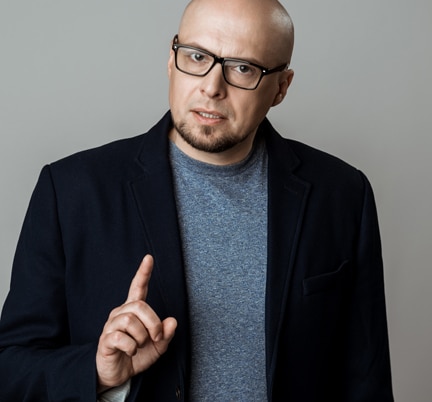 What seems to have Happened?

The Christian Reformed Church stands committed to the principle of corporate responsibility. It were better if that truth had been emphasized. It is too vital an issue to be a mere theory. It touches living. As a matter of fact, it is the sum total of life-relationships in their social aspects.

There is agreement with the stand of synod that membership in a so-called neutral union and membership in the Christian Reformed Church are not per se incompatible. But this does not mean that one technical fact should completely dominate the field and sweep aside the sincere call to faithful witness, which is also part of the stand of the church. It is unbelievable that the allowance granted in the per se should annul the principle of corporate responsibility. And it is a fact that for all practical purposes, the only thing that is remembered about synodical decisions regarding the labor question is the statement that it is not wrong per se to be a member of a so-called neutral union. The rest is conveniently negated and we go merrily on with false hopes of faithfulness. It is Christian witnessing to which we are called, and the Bible knows of no exceptions, knows no areas of life which are outside the scope of witnessing. Synod undoubtedly meant that each consistory should see to it that this faithful witness continue to go out also into the field of so-called neutral unionism. That, of course, may also mean the use of the keys of the kingdom, which each consistory has in trust for Christ.

In the course of thought followed by Synod two truths stand out, namely, corporate responsibility and Christian witness. These truths are principles, basic to our way of life.

The constitutions of these organizations have been thoroughly studied by synod. This honorable body has found no cause for alarm because it found no evidence of sin. What did they expect to find, a murder clause or something similar? What should have been looked for, please? Evidence of sin or absence of religious commitment? It is generally agreed that the non-confessional labor unions are purposefully committed to a neutral position, so called, in regard to religion. Humanistic materialism is the sum total of their principal basis. We are agreed that in this complex society organization is necessary. We are also agreed that all of society is not Christian. Hence, non-confessional organization is inescapable, even necessary and acceptable. However, there are two kinds of people to be considered, namely, those on either side of the antithesis. This is the line which God has drawn. No one, not even synod, can erase it. It can only be ignored as an ostrich reputedly ignores danger with his head buried in the sand. For those who are on the confessional side of the antithesis this and of neutrality is wholly unacceptable. The gospel, from Genesis to Revelation, preaches separation, not only hereafter, but here and now. “I shall put enmity between thy seed and her seed” reverberates through the ages; at every relay station of a given age resounds with equal strength this divine declaration, “I shall put enmity…” To negate the doctrine of the antithesis constitutes the same sin as that of Israel when it clamored to Samuel for a king: “like unto the other people round about us.” Israel did not want to be a peculiar people, they did not want to be different. Erase the antithesis and let us conform to the world. Surely, the desire for a king was not wrong, but a king like unto other people was sin. It is the rejection of Him which grieves the Almighty and for which he pours the vials of his wrath upon his people.

Neutral organized labor pragmatically is not wrong per se. It carries its own reward, however. It does not reach unto Christ. It is not acceptable to God because it is a service not rendered for Christ’s sake, and is therefore wholly inadequate to serve the Christian. It cannot serve him because it does not serve his Master, his Christ.

To Sum It Up

In the light of the antithesis, so-called neutral organized labor is wholly inadequate and unacceptable to those who are in Christ reconciled to God. For lack of commitment to Christ it is dead, hence corrupt entirely.

In the light of Scripture these non-confessional organizations have been weighed and found wanting. Christ does not allow for neutrality. The hairline majority of the Christian Reformed Synod may not agree with this; the other half does. And they are in very good company. John Calvin, Croen Van Prinsterer, Abraham Kuyper, Rev. Talma, Klaas Pater—these are only some of the pioneers who stood in the front lines of the battle during the break through of truth upon the industrial revolution. A host of witnesses has followed them and is still following and will continue to follow. For in the Lord’s time the light will break through in the United States also. Even though it was stated on the floor of synod that the closed shop has not been proved wrong scripturally, the burden to prove it right rests with the proponent of that claim primarily. The truth will out, for truth marches on.

So much for evaluation of principles.

In their practices the non-confessional organizations have much which cannot stand the scrutiny of truth and justice as propounded in Scripture. In labor-management relations, the strike, the boycott, the closed shop, the union shop are all practiced in disregard of ethical interpretations. Such things have been projected upon society in disregard of all but selfish considerations, only because they are practically successful. It is right because it works to our benefit, is the sum total of its reasoning. This is pragmatism pure and simple.

Until the Taft-Hartley Act made it compulsory for unions to publish their financial reports annually to their members and to the government, many a union member was swindled out of his contributions. Today union welfare funds are under federal observation and there is grave doubt concerning honest administration.

The union to which I once belonged was investigated by the courts. It was revealed at the hearings that no election for president was held in eleven years, and that no accounting of funds had been made in those eleven years either. When three of us Christian Reformed members went to a meeting to protest, we were told that the hall was full, there was no room to get in, and we might as well go home. This we had to do because the doors locked electrically from the inside. And we were a full hour early.

Must we tell of the president of a truck drivers local who at election time perpetuated his office by pointing two guns at the assembled members and declared himself elected without the benefit of a ballot? Must we tell of the women and children who have been intimidated with threats to their lives when father tried to speak up against corruption? Must we speak of the lewd parties which are sponsored by some unions? Must we speak of the annual masses which are being said in the Roman Catholic churches in Chicago for the prosperity of the building trade locals, masses which our church labels as “accursed idolatry?” These are said for unions to which our brothers in Christ belong by the hundreds.

Let my voice be as nothing but let the records speak for themselves. Such records breathe total depravity and corruption. Was it by chance that the Kefauver Committee stepped from investigating syndicated crime right over into investigating organized labor? Racketeering and hoodlum rule are the order of the day. That is the record in many, many instances.

Let the proponents of Christian witness within the neutral unions tell us from their ivory towers of theology or law how to do it. Or better still, let them come down from off their towers and show us how to do it. The working priests of France may have a point worthy of emulation.

Over against this record witness of moral degradation stands the Word of God as recorded in I John 1:5 and 2:6 “And this is the message which we have heard from him, and announce unto you,  that God is light and in him is no darkness at all…He that saith he abideth in him ought himself also to walk even as he walked.”

It seems to me the time is ripe that synod appoint a committee to investigate both the principles and practices of organized labor, the Christian Labor Association included; and that public hearings be held where testimony can be brought by victims of an economic system which we hold condemned, as well as by those who would defend it. Everything which has been said by synod in all of its history on the subject ought to be studied in its context and so expounded as to make sense as a whole unit of synodical deliverance. We cannot continue to halt on divided opinion on so vital an issue, lest lack of unity of belief and purpose divide us hopelessly in the undesirable direction of deepening division.