Undoubtedly many will now say: is this then the case, that the Calvinistic philosopher derives his system from Holy Writ? Can God’s Word furnish us with a system of philosophy?

No, such is not the case.

For philosophy is science (wetenschap) and not for a single branch of science docs the Bible furnish the material and contents. Out of the Scriptures one cannot bring forth a mathematics, nor a natural science, nor an astronomy, nor a so-called “psychology” (zielkunde), nor a literature, nor an economics, nor an aesthetics, nor a jurisprudence. Even theology itself is not satisfied to concern itself with the Bible alone. Equally impossible it is to produce a philosophy out of God’s Word. 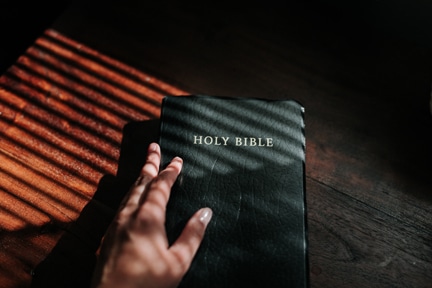 This is not a degradation of Holy Writ, but precisely a recognition of its unique position in life. For Scripture is the book of redemption, the revealed will of God concerning the way by which sinners can be reconciled to God. Scripture directs itself not primarily to our intellect, but to faith. It is the great controlling principle of faith (wet des geloofs). And because faith plays the lending role in all of life, therefore Scripture is the highest standard for all human life. For science, too, the Bible is the ultimate standard. Every instance of scientific thought that does not square with God’s Word because it denies Scripture or because it has come into contradiction with Holy Writ stands condemned.

Calvinistic philosophy seeks the material for its system, therefore, not in the Bible, but in submission to the standard of Scripture and in its light discovers its content—as does every other science—by way of a most painstaking investigation of God’s works. That which God teaches us in his works concerning the nature, the structure, the differentiation and the relationship of things is general revelation.

This general revelation reflected in God’s works is the deepest cause for the fact that the world round about us, and also human existence itself as lived in society with all its circumstances, does not ever remain a riddle, an impenetrable mystery, but that we can trace therein the wisdom with which the Creator has made all things. That, then, is the task of all science, including philosophy. The specific branches of science are to investigate reality in its many aspects, while philosophy views things in their totality.

This course prescribed for science is—from the human standpoint—endless. The cause for this lies not in the countless errors from which science must each time turn itself away, so that it is only after the retracing of many steps that we once more, with difficulty, make a small stride forward. This is due rather to the inexhaustible riches of God’s variegated wisdom, which lies diffused in his works.

This general revelation, however. can only be understood aright in the light of the special revelation in the Scriptures. That is the express purpose of Calvinistic philosophy. It is the scientific investigation of the fulness of created reality (kosmische totalitciten) in complete submission to the Word of God.