If your brother sins against you, go and show him his fault, just between the two of you. If he listens to you, you have won your brother over. But if he will not listen, take one or two others along, so that ‘every matter may be established by the testimony of two or three witnesses.’ If he refuses to listen to them, tell it to the church; and if he refuses to listen even to the church, treat him as you would a pagan or tax collector (Mt. 18:15–17).

Confrontation. People hate the concept. and avoid the practice like the plague. Most consider it to be nasty. Confrontational people are considered rude and ill-mannered. Fear of confrontation has sparked a whole new way of buying cars, the “no haggle” price. And an unwillingness to confront people has resulted both in individuals ulcerated by unresolved conflict, and churches filled with sinful division.

Yet Jesus’ words quoted at the top of this column don’t really give us much wiggle room, do they? Ken Sande, whose book The Peacemaker, A Biblical Guide to Resolving Personal Conflict provides us with many useful principles and practical suggestions, offers this passage as establishing the third of the principles that govern conflict resolution. We explore that principle here. 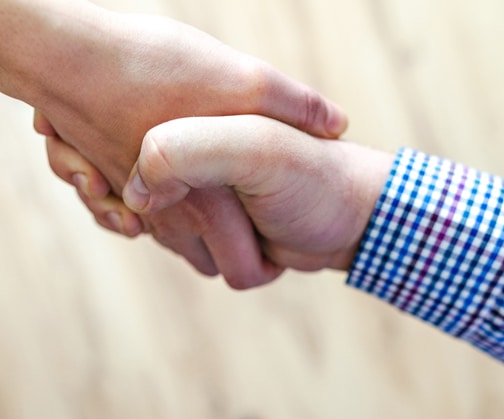 The first thing we must get through our non-confrontational skulls is that confrontation is not conflict. That is, to deal responsibly and Biblically with conflict, we must confront one another. Confrontation is not as bad as the problem, no matter what anyone says. In fact, confrontation is, in many ways, simple honesty and integrity applied to relationships. It is failure to confront that perpetuates sin, dishonesty, and deceit. Jesus’ instructions in Matthew 18:15 point us to the truth about this important interpersonal dynamic. The situation is clear: Your brother has sinned against you, and either doesn’t realize his sin, or is stubborn of heart and will not acknowledge his sin or repent. Let’s note the components.

First, a sin is committed. We’re not dealing here with violations of personal taste, or legitimate behavior of our brother that we just do not happen to like. It doesn’t apply to a brother who buys a Ford when I like Chevy products. It does not deal with matters of which the Scriptures do not speak, such as dietary freedoms (Rom. 14, unless the exercise of one’s freedoms causes offense to the weaker brother!). It deals with sin as defined by God’s Word. It speaks of “fault” in a “no fault” age.

Second, the specific sin may not be recognized or acknowledged. The clear instruction of the text is that we are to “go and show” the brother “his fault.” First of all, note that the offended party is to go, not wait for the sinner to come to him. That’s critical. It always amazes me how stubborn Christians can be when someone sins against them. They act like children who won’t speak to each other until the other apologizes. Jesus’ words cut through that. You, who have been sinned against, are to go. Period. Then you are to “show him his fault.” That implies explanation, demonstration, Biblical explication. You must make clear that the behavior is sinful according to the Bible, not just offensive to you personally. You must be able to document the offense chapter and verse. (It should not need to be said, but probably does, that such confrontation is done by one sinner to another, and thus humility and a soft spirit are called for. Unfortunately, hard-heartedness and an arrogant spirit are too often the modus operandi.) And finally, when you “go and show” the fault, you should make clear that you expect a response. He must “listen to you.” That implies repentance and confession, plus any correction or restitution that may be warranted.

Third, when and if the initial constructive confrontation does not bring about a Biblical response, more confrontation is needed. Unfortunately, this is when many Christians lose their courage and zeal for confrontation. “I went to her, and she didn’t listen to me. I’m not going through that again. If she won’t apologize, there’s nothing more I can do about it!” Yet, rather than bailing out, the text calls for a stepped up level of confrontation. Confrontation of another kind. Confrontation with witnesses!

Why witnesses? Is Jesus merely inviting us to exert greater pressure? Key to the passage is understanding the quote from Deuteronomy 19:15: “Every matter may be established by the testimony of two or three witnesses.” That Old Testament passage points to the judicial requirement of faithful and multiple witnesses before conviction for a crime. What Jesus has in mind is more than subtle psychological pressure applied to the sinner by the presence of multiple persons. He has in mind the judicial nature of dealing with sin in the body of believers. We stand together before the law of God, acknowledging that sin destroys fellowship, not to mention souls. Sin may not be trivialized; if it is not acknowledged and if repentance is not forthcoming, serious consequences will ensue. In fact, the latter sin may well be greater than the first. The witnesses may not have witnessed the original sin, but they will certainly witness the refusal to “listen” and to repent. They will certainly observe the process of a loving rebuke and the “showing of fault.” And if there is not Biblical response, that is, if the heart is hard, if the ear won’t listen, and if the response of both countenance and words is unrighteous, eyewitnesses behold a new sinfulness. The requirement of such eyewitnesses, of course, presupposes that they may well be called to testify a sin the Lord’s court. the elders of the church. The obvious hope is that such a “trial” won’t be needed. But the process established by the Lord presupposes the possibility, and provides for it.

Fourth, the final steps in the confrontation of a “brother” (one presumed to be within the circle of faith) who will not repent are really quite distinct. First, “the church” is to be told. Certainly that implies the involvement of the elders of the body in a disciplinary hearing. But “tell it to the church” may also involve informing the whole congregation so that its members may corporately confront the sinner in love and for the purposes of bringing about repentance. I’m not terribly happy about doing this in a worship service, preferring to do so in a congregational meeting called specifically for the purpose, although that’s the stuff of another article. But what is important is that this becomes yet one more assigned confrontation. “The church” must now confront.

Then, and then only, does the paradigm shift. From confronting a supposed “brother,” we now receive a new mandate to “treat him as a pagan or tax collector.” Many assume such words imply “cut him off,” “treat him like dirt,” “shame him.” In my view, such an interpretation would not be consistent with Jesus’ other teachings. I believe that what Jesus means is this: Instead of presuming the person to be a “brother,” that is, within the circle of faith, you must now presume, because of his stubborn unwillingness to repent, that the person is outside the circle of faith. And that substantively changes your approach. Instead of judicial confrontation, you now evangelize: You show more patience, you presume less and explain more. You take nothing for granted as you speak of the grace of our Lord Jesus Christ. In a very real sense, of course, evangelism is itself a kind of judicial witness. But the qualitative difference is that between confrontation based on the presumption of brotherhood, and witnessing based upon the presumption of unbelief.

In the ministry of reconciliation assigned to believers and especially to elders as they pastor the flock, we must acknowledge the important role of the process described in the preceding. Failure to confront interpersonal conflict, failure to call sin “sin” and deal with it Biblically, invites several things to happen, all of them bad. First, the sinner may never really understand that he sinned, nor grasp the serious consequences of his sin. Second, the offended party may well become bitter and resentful, and himself grow a bitter root around his heart, a choking vine that impedes further fellowship within the body of Christ. No lemon is as sour as an offended believer who won’t confront. but who perpetually “tickles” the sin committed against him, remembering the circumstance, slandering the unrepentant offender, and thus fertilizing the bitter root.

So, whether or not you “like” confrontation, do it. As elders, teach your people to do it. Show them how to do it. It’s hard work but its commanded by our Lord. The ministry of “reconciliation”—of peacemaking—and the health of the body are at stake!

Dr. Sittema is the pastor of the Bethel Christian Reformed Church in Dallas, TX.