Joe and Bill both attend the same church, which is why Bill hired Joe to build his backyard deck. During construction, Bill made a few simple design changes that did not change the size or the amount of work required. Joe agreed, but charged more, citing the standard contract stipulating that changes would be charged additionally at a set rate. The two became very angry with each other, and now won’t attend a meeting, including a worship service, if the other is there.

Angie and Susie have been friends for years. They are in the same Bible study group, and have met to pray together in a parent’s prayer fellowship each month since their kids started school together. But Angie’s daughter has a serious skin condition, and a mutual friend told her that Susie believes it is due to germs that abound because Angie isn’t a terribly good housekeeper. Angie is devastated, quits the Bible study, and is making plans to attend another church. Her daughter has broken off her friendship with Susie’s daughter, and has begun a campaign of gossip against her among the rest of the 8th graders. Others in the church are being drawn into the maelstrom of emotions and sin.

I remember vividly President Jimmy Carter working long and hard to bring reconciliation between Israel and the Arab world. After years of effort, he was able to persuade Israeli Prime Minister Menachem Begin and Egyptian President Anwar Sadat to sign an accord that would bring a measure of peace to the Middle East. The Chicago Tribune printed a headline over the story of the Camp David Accords: “Blessed are the peacemakers!”

Seems like a lifetime ago. Since that time, Begin died, Sadat was murdered, the world has witnessed the rise of Saddam Hussein, Desert Storm, more bombings in the streets of Tel Aviv, the assassination of yet another Israeli leader. and Palestinian terrorism lashing forth out of Gaza and Hebron.

Peacemaking got a lot of press, but didn’t seem to accomplish much, did it?

Yet Jesus was the author of the Tribune’s quote. He did say it: “Blessed are the peacemakers, for they shall be called sons of God.” What did He mean? In the next few issues, I want to zero in on peacemaking as an important part of the work of elders and deacons. By peacemaking, I do not mean mere political compromise. I mean righteously resolving conflicts within the body of Christ. And if you haven’t looked lately, such conflicts are everywhere. Examples such as the ones at the top of this article can be found in every congregation, and, frankly, are a pain in the neck for everyone concerned, not least of all the elders.

Peacemaking is hard work, because all of us are stubborn sinners  who believe we’re right, that the other person is wrong, and that’s that. But peacemaking is crucial work, for several reasons. First of alL we’re to be peacemakers because God tells us time and again to be reconciled. In Matthew 5:23, Jesus tells us that if, while offering our gift at the altar, we remember that our brother has something against us, we are to go and seek reconciliation. In Matthew 18:15, we’re told that if we have something against our brother, we’re to go to seek reconciliation. (Not much wiggle room between these two conditions, is there?) Second, we’re to be peacemakers because if it is not done, the church will fracture, fragment, and fall apart.

Yet, peacemaking is not done as it should be, in part because elders and deacons don’t know where to begin, and in part because they don’t know what to do after they get started. In this article, and in the three that follow it, I wish to outline some Biblical principles that guide the pastoral duty of reconciliation. Up front I must tell you that while these all are derived from Scripture, I make appreciative use of the presentation of these Scriptural principles in a book by Ken Sande entitled The Peacemaker (Baker Book House, 1991). I highly recommend it to every elder and deacon. 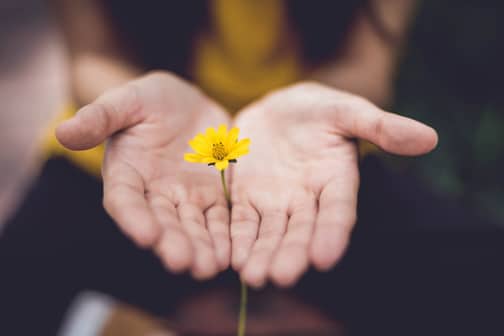 Sande says: “Biblical peacemaking is motivated and directed by a desire to please and honor God. His interests, reputation, and commands should take precedence over all other considerations. This focus not only shows our love and respect for God but also protects us from the impulsive, self-centered decisions that make conflicts even worse” (p.8).

In the examples listed at the beginning of this article, the occasions for conflict aren’t unusual. Contractual disagreements in a construction job are commonplace. That they affect believers is no surprise either. Both Joe and Bill are trying to be good stewards, to get a fair deal that protects their money (or makes them money), and thus benefits them for the work done. Both Angie and Susie have feelings that can easily be hurt by another’s talk about them; misunderstandings, not to mention verbal sins, aren’t rare (remember the book of James?). And stubborn sinners can easily retaliate in kind, making matters worse.

Yet understanding how conflict develops, understanding human dynamics, and even the commonplace nature of sin and temptation, does not begin to resolve the conflict. That must come another way, and it involves the ministry of the Word, and accountability to it that the church must demand of her members.

But there’s the rub. In sin, we’re selfish, self-centered. We want to win. We want others to lose. That’s the nature of the sinful heart, and why regeneration is necessary. Want to see how ugly self-centeredness can become? Take a glimpse at the afternoon talk shows on TV. The world’s ways are paraded each day on the Jerry Springer show: lawsuits, bitterness, gossip and slander, broken marriages, even perversion, abuse, and fist fights! The Lord’s ways aren’t nearly as ratings-friendly, but are much more blessed. They bring about reconciliation, peace, healing. But they require humility, soft-heartedness and love.

There’s been a popular campaign around for a few years. “What Would Jesus Do?” (WWJD) has made many Christian bookstores a lot of money. And, thankfully, it has spawned much discussion on ethics, particularly among young people. Yet speculating what Jesus might have done in a circumstance similar to my own is usually not very helpful. What is helpful is understanding what God has told us to do in His Word. In other words, the revealed Word takes priority over the presumed example of Jesus as the source of our obedience. The obedient practice of what God has told us in Scripture brings Him glory, exalts His Name, and brings honor to His reputation on earth. Perhaps it would have been better to stitch on the wrist bands: What did God say to do? (But then that’s not nearly so marketable, is it?)

If we stand together in commitment to Christ this opening principle of peacemaking ought not to be up for debate. It’s a given, a foundational principle of Biblical Christianity. The reformers made it a hallmark of the Reformation: “Soli Deo Gloria.”

But a principle must be practiced. That’s where the work of peacemaking becomes a challenge to each of you. If you begin here, the process of resolving conflict should be well on its way to blessed fruition.