Popular words heard at the 1995 Synod of the CRC in the debate for women-in-office were: “compromise, peace, tolerance, room for everyone, brothers, for the love or sake of the denomination, unity, no one wins, both are right, do not tear or unravel the blanket.” How honorable it all sounds, but does obedience to God’s Word demand peace at any price? Also, how hollow some of those words sounded because the very ones uttering them were striving by their rhetoric to get the vote to go the way they were wanting it to go. It made me think of Jeremiah 6:14b: “‘Peace, peace,’ they say, when there is no peace.”

May we as Christians seek peace at any price? When one reads the letters to the seven churches in Revelation, God demands obedience at any price but not peace at any price. The words of Peter and the other apostles in Acts 5:29: “We must obey God rather than men,” do not promote peace at any price. Even if we can pat one another on the back and say “Brother” or “Sister” guarantee that we are getting God’s approval. 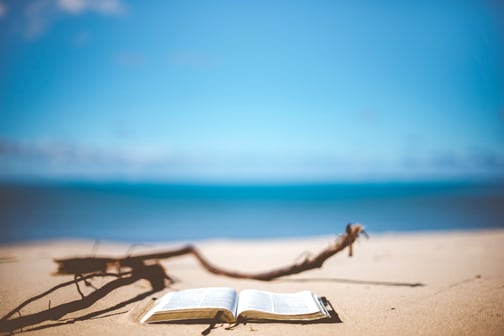 Platitudes which were heard often in the debate, in an effort to substantiate women in office and promote compromise, were forms of the following: “It’s only a matter of interpretation; it is not a salvation issue; it’s not confessional.” These are man-made statements and conclusions, but they have been said so often and promoted so vigorously one almost expects to find them quoted in Scripture. These are judgments of people and not God’s evaluation concerning our obedience to Him. The majority report recommends: “The synod urge the churches to recognize that this issue is not one of salvation….” In the majority report observations we read: “Taking into account that the issue is not a confessional one….” Is that a certainty that the issue of women in all offices of the church is not a confessional and!or salvation issue? If we are maligning the Word of God by Synod’s decision and!or putting our desires before God and our obedience to Him, I am not so sure that it is not a confessional and/or salvation issue. King Saul disobeyed God’s command to completely destroy all the Amalekites and all that belonged to them. With the reasoning that some of our church leaders are using for the women-in-office issue, obedience to this command for Saul could also fall into their category of a non-salvation and non-confessional issue. Even after King Saul gave his religious and pious sounding rationalization for not following God’s command completely, God didn’t accept his alibi. These are Samuel’s words to Saul: “For rebellion is like the sin of divination, and arrogance like the evil of idolatry. Because you have rejected the word of the Lord…” (I Samuel 15:23a). Our standard of judgment will not be what we have said it is, but rather what our Judge said and meant. Obedience will be the criterion, not how we interpreted Scripture to allow the liberties we desired.

The debate would have made me feel much more comfortable if the greater concern in the debate for women-in-office were for obedience rather than compromise. In the catechetical instruction I received in the CRC and in my Christian home and school training, I was taught that spiritual compromise always carries a cost and that peace, unity, majority opinion or love for our or any denomination are not reasons to compromise on Scripture. Besides, compromise really never satisfies either side. Why would a synod take the route of compromise the second time when it failed to bring peace by trying to compromise the first time in 1992? If a stand had been made one way or the other, at least, only one group would still be dissatisfied with the outcome.

The tension involved with the decision will now come to the classis and local church which is even worse than trouble at synod. Synod lasts for two weeks, and everyone leaves again, but with classis and the local church, the conflict will be at home and among neighbors.

If I understood one of the advisors to synod correctly, he felt he could now accept women in office with a clear conscience with one of his four reasons being that if a thing is heresy, when it is articulated, everything begins to unravel; therefore, he concluded it was not heresy. In my opinion, when one looks at the present state of affairs in the CRC, that particular statement refutes his conclusion more than supports it.

Undoubtedly, the synod is not yet finished with the women’s issue. According to the GR Press, June, 1995, the RCA synod, which has allowed women in all the offices of the church for a number of years, this year was approached by the Commission for Women accusing the church of exploiting women, calling it a sin, and stating a need for the people to confess their sins for it. CRC Synod, you probably haven’t heard the end of the matter. Stay tuned! There is very likely more to come!

Compromise and peace at any price by a synod, I believe, is a dangerous road. Adam kept peace with Eve by not disagreeing about eating the forbidden fruit, but do you read of God commending Adam for avoiding a husband and wife quarrel about it? God gave punishment and consequences for their disobedience to His command and not a medal of honor for tolerance, compromise and peace between each other.

To illustrate: If a father gave a command or rule to his children, and after some time one of his children said to another: “Our father said that, but we are older and wiser now. I think he only intended that rule to be precisely obeyed at the time he gave it though it sounds like a permanent rule. I don’t think he would deprive us of using our teenage wisdom and gifts even though he did not specifically delete the rule nor specify our right to do what I am suggesting. Dad likely didn’t foresee at the time our profound maturity and abilities of today though he knew the nature of children. Being a matter of interpretation, although he said it specifically, I feel it should be interpreted relative to our present age and circumstances. Keep in mind that this is not an issue of love—we both love our father dearly. Don’t get me wrong—no way am I questioning his authority, nor am I any less desirous than you for doing what he wants. I ask you to agree with me on this point first of all before proceeding further. I value family peace and unity so much that I am even willing out of the goodness of my heart to lessen my demand and not take as much liberty with the interpretation of our beloved parent’s command at this point if that will make you more comfortable and enable you to compromise with me so as to permit both of us to take much of the liberty which I am promoting.” Finally, the one compromised and accepted the other’s interpretation for the sake of peace between them. If the father expected the rule obeyed as given, when he became aware that his two offspring were practicing their agreed—upon circumvention of his rule, do you think the father would praise the compromising family member for his noble peace efforts, or would the parent hold both responsible for willful, rationalized disobedience with the legitimate question: “What did I say?”

If we must err in interpretation regarding women in office, shouldn’t we rather err in denying the demands of women and their supporters than to err by disobeying the author of the Bible? The following are some Biblical warnings which I believe are important to consider in this momentous decision to place women in all the offices of the church:

I Corinthians 14:36–38 (These verses immediately follow instruction concerning women in the church—verses 33–35) Did the Word of God originate with you? Or are you the only people it has reached? lf anybody thinks he is a prophet or spiritually gifted, let him acknowledge that what I am writing to you is the Lord’s command. If he ignores this, he himself will be ignored. (Emphasis is mine JG.)

Titus 2:3–5 Likewise, teach the older women to be reverent in the way they live, not to be slanderers or addicted to much wine, but to teach what is good. Then they can train the younger women to love their husbands and children, to be self-controlled and pure, to be busy at home, to be kind, and to be subject to their husbands, so that no one will malign the word of God. (Emphasis is mine JG.)

Isaiah 3 tells of God’s judgment on Jerusalem and Judah. I recommend the reading of the entire chapter, taking special note of verses 12 and 16a.

Isaiah 3:12 and 16a Youths oppress my peoples, women rule over them. O my people, your guides lead you astray; they turn you from the path. (Emphasis is mine JG.) The Lord says, “The women of Zion are haughty…. “

I Samuel 15:23a For rebellion is like the sin of divination, and arrogance like the evil of idolatry. Because you have rejected the Word of the Lord…. Should our goal be peace at any price? Count the cost!

Jan Groenendyk attended Dordt College for two years and completed her B.A. degree at Calvin College. She received her M.A. degree from MSU. She was a Christian school teacher for twenty-seven years. She is the wife of Rev. Marion Groenendyk and is a member of the First Zeeland CRC.