Though churches of the Reformation are committed to the principle of sola Scriptura, which requires that the Scriptures be regarded as the supreme standard for their faith and practice, they are not indifferent to the lessons of church history. Nor are they indifferent to the tradition of Scriptural interpretation that is embodied in the confessions of the church. These confessions have an authority that is subordinate to Scripture, but they nonetheless represent an acknowledged consensus regarding what the Scriptures teach. When it comes to the question of paedocommunion, it is not enough to consider the practice of the churches throughout history. It is also necessary to study what the Reformed churches have confessed regarding who are the proper recipients of the sacrament of the Lord’s Supper. Before we turn in our study of paedocommunion to the Scriptures’ teaching regarding the proper recipients of the Lord’s Supper, therefore, we need to complete our consideration of the history of the church by turning our attention to the Reformed confessions.

In the classic confessions of the Reformed churches, which were written during the period of the Reformation in the sixteenth century and the early seventeen century, there is compelling evidence that the Reformed churches believe that the Lord’s Supper ought to be administered only to professing believers. These confessions express a comprehensive understanding of the sacraments as an indispensable means whereby the grace of Christ is communicated to his people. They affirm that the children of believers, together with their parents, are recipients of the gospel promise and ought accordingly to receive the sacrament of baptism, which is a sign and seal of their incorporation into Christ and membership in the covenant community, the church. However, they also insist that such children, prior to their reception at the Table of the Lord, require instruction in the Christian faith in order that they might be prepared to receive properly the body and blood of Christ in the sacrament. Advocates of paedocommunion often argue that there is an inconsistency in this practice of admitting children into the covenant community through baptism, while withholding the sacrament of the Lord’s Supper until such children have been instructed in and professed their faith before the church. In the opinion of proponents of paedocommunion, the insistence that the children of covenant first profess their faith before they are received at the Table of the Lord denies to them a privilege that ought to be extended to every covenant member. 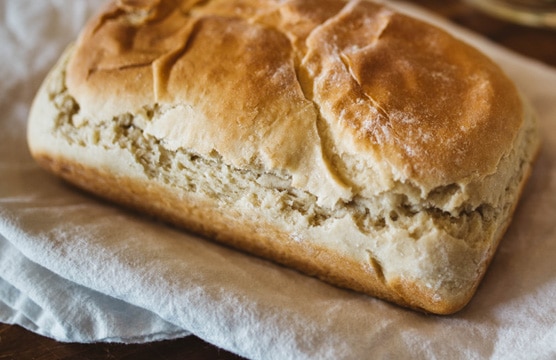 In order to summarize the Reformed confessions on the subject of paedocommunion, we will begin with a review of their understanding of the nature and use of the sacraments in general. Within this framework of the doctrine of the sacraments, we will then take up the particular question of the proper recipients of the sacraments, especially the Lord’s Supper.

The Relation of the Word and Sacraments

The doctrine of the sacraments belongs, in the structure of the Reformed confessions, to the doctrine of the church and her ministry. Those whom God the Father elects to save in Jesus Christ become beneficiaries of his saving work in no other way than through communion with the church. Though the ancient dictum of Cyprian, “outside the church there is no salvation” (extra ecclesiam nulla salus) is not explicitly echoed in all of the Reformed confessions, they commonly affirm that saving fellowship with Christ does not ordinarily occur apart from the church’s official ministry of Word and sacrament. Christ’s saving presence in the world is mediated through the church and the means of grace entrusted to her. Where the true church of Jesus Christ is manifest, there Christ is present gathering, defending, and preserving for himself a people chosen unto everlasting life. Christ is pleased to communicate himself by the working of his Spirit through the administration of the Word of God in preaching and sacrament. Where the Word of God is faithfully preached and the sacraments rightly administered—the two marks of the true church uniformly stipulated in the confessions—there we may be sure Christ is present by his Spirit imparting his saving benefits to his people. The location of the doctrine of the sacraments in the confessions, therefore, confirms their importance as necessary marks of the presence of the true church of Christ and as indispensable means to communicate God’s grace in Christ to his people.

This raises a question that has been disputed in the history of the Reformed tradition: Are the sacraments necessary and indispensable to the communication of God’s grace in Christ? Or is the preaching of the Word of God a sufficient means of grace, apart from the sacraments? The best answer to this question, and the one that most faithfully represents the doctrine of the Reformed confessions, must be that ordinarily the sacraments are necessary and indispensable. The indispensability of the sacraments, however, is not absolute, but consequent upon the Lord’s appointment of the sacraments for the believer’s benefit. Because the Lord has appointed the sacraments for the church’s use and added them to the preaching of the Word, it would be disobedience to his will to neglect their use. Furthermore, because they have been added to the Word, in view of the believer’s weakness and proneness to doubt the gospel promise in Christ, neglecting the sacraments would betray an ingratitude and false sense of security on the part of the church. Though it may be necessary to posit (by way of exception in extraordinary circumstances) the possibility of the grace of Christ being communicated apart from the sacraments, the ordinary means Christ uses require the sacraments. To neglect the use of the sacraments represents a failure to appreciate the intimate conjunction of Word and sacraments in the divine economy of grace. For just as the sacraments require the preceding Word, so the Word, by virtue of Christ’s appointment, calls for the accompanying sacrament.

The Distinctive Nature of the Sacraments

The typical definition of the sacraments in the Reformed confessions speaks of them as “visible signs and seals” of an “invisible grace.” What is peculiar to the sacramental communication of God’s grace in Christ is the appointment or consecration of visible elements that represent to the eye of faith the truth of the believer’s saving fellowship with Christ. The water of baptism, for example, is a visible representation of the washing away of sins through the blood of Christ and the regeneration of the Holy Spirit. There is a divinely-appointed correspondence between the visible sign and the grace to which it points. Moreover, the sacraments are given by God to confirm and attest the promise of the gospel. Not only are they signs that visibly represent, but they are also seals that authenticate and assure the believer of the truth of the gospel promise. The Reformed confessions are fond of insisting that the believer is assured by the visible sign and seal of the sacrament that the grace of God in Christ is for the one who receives it by faith. Though the sign and seal do not add anything to the promise, they do constitute a more “full” or “open” confirmation of the gospel so that the believer’s faith is fortified.

All of the Reformed confessions grope for words to express simultaneously the most intimate conjunction between the sacramental sign and the grace signified, as well as the necessary distinction between them. Consistent with the nature of sacraments, the Lord has appointed the sign as a visible representation and confirmation of the gospel. However, the visible representation and confirmation are not to be confused with the spiritual reality to which they point. The water of baptism is not to be confused with the blood of Christ or the washing of the Holy Spirit. The bread and wine of the Lord’s Supper, likewise, are not to be confused with the body and blood of Christ. In sacramental language, we may speak of the sign as though it were the reality, so intimate is the divinely appointed connection between them. But lest we fall prey to idolatry, worshiping the sacramental element rather than the mediator, Jesus Christ, to whom the element refers, we must distinguish between them. The “substance” to which the sacramental sign points can only be Jesus Christ himself in all of his saving presence and power.

Furthermore, the confessions consistently teach that the power and efficacy of the sacraments require that they be received by faith. Since the sacraments do not add anything new to the grace of Christ promised in the gospel, and since the sacramental elements are not to be confused with the spiritual reality to which they refer, the sacraments require the same response as the Word. No more than the preaching of the gospel does the administration of the sacrament savingly communicate the grace of Christ, unless the gospel promise is believed or appropriated by an active faith on the part of its recipient. The Holy Spirit who authors faith through the preaching of the Word, also uses the sacraments to confirm and nourish faith. The sacraments function instrumentally to communicate the grace of God in Christ, but only when the Holy Spirit works through them to strengthen the believer in faith. Consistent with this emphasis upon the believing reception of the sacraments, the Reformed confessions consistently oppose any doctrine of sacramental regeneration apart from the Spirit’s working faith through the Word. The sacraments do not work simply by virtue of their administration (ex opere operato), so long as the recipient does not interpose any obstacle (obex) to the reception of the grace they confer. Though they do genuinely serve, as means of grace, to confer and to communicate the grace of God in Christ, they do so only as the Spirit is working through them and as they confirm the faith required on the part of their recipients.

Dr. Cornelis Venema is the President of the Mid-America Reformed Seminary. He also serves a contributing editor of The Outlook.