This article, edited and translated by Prof. H. David Schuringa from the Reformatorisch Dagblad, appeared in the November, 1988 issue of The Outlook.

In an old edition of the authorized Dutch Bible (Statenbijbel) there is a picture of Adam and Eve in paradise. Adam is busy teaching his sons Cain and Abel from a little book. Bold let­ters on the cover of the book read Heidelberg Catechism. Is that not a bit far-fetched? Above all, is that not im­possible? Adam, the first man, with a book from the sixteenth century?

Nevertheless, if you think about what the artist was trying to say, an im­portant point is being made: The artist meant that the instruction we receive from that little book is necessary for all children of Adam. That instruction is necessary in order to live in comfort and one day to die saved. It is unneces­sary for a man to know more, but you cannot do with less.

That artist meant the same thing that in the days of the Reformation and the Afscheiding of 1834 was powerfully proclaimed and reaf­firmed: Remember that this book of doctrine is necessary and remains relevant! Whoever devalues this in­struction shames himself, im­poverishes the church, and thereby causes the spiritual life to diminish. Above all, the next generation may not know what it means to be a poor sinner living out of the treasures of salva­tion as one justified by the blood of Christ. Our catechism is still relevant, even though it is a document that came into existence 450 years ago. In this connec­tion someone has spoken of “the eter­nal youth of Heidelberg.”

In the days of the Reformation many catechisms came into existence. It was clear that there was a need to see to it that the gospel, as it was rediscovered at the Reformation, be learned by old and young. Neverthe­less, the Heidelberger remained as the most popular of all and continues to be preserved in its eternal youth.

As a rule, in churches that desire to remain true to the heritage of the Reformation, the Heidelberger is preached in the second service. In many vacant congregations catechism sermons are read or the guest minister is asked to preach on a particular Lord’s Day. How can this ongoing relevance be explained? In various textbooks on preaching that have appeared in Reformed ter­ritory over the years strong cases have been made for the vindication of catechism preaching in the congrega­tion. In so doing one is moving on the historic track of the Reformation.

When the catechism appeared in 1563, it quickly became known in the Netherlands by means of Petrus Datheen’s translation, which he had printed in his Psalter for the churches. Already by 1566, the Rev. Pieter Gabriel of Amsterdam was preaching out of the Heidelberger every Sunday. At various particular and national synods in the sixteenth century it was offi­cially decided to use this catechism in the second service. At the Synod of Dordrecht 1618/1619 it was deter­mined as follows: “On Sundays, or­dinarily in the second service, min­isters everywhere will briefly explain the summary of Christian doctrine contained in the catechism presently adopted by the Dutch churches, in such a way that it might be completed annually, in accordance with how the catechism itself is divided.” This regulation can be found in Article 8 of the Church Order of Dort and continues to be observed down to the present day in churches of Reformed persuasion.

What did our fathers have in mind with their powerful pleas for cate­chism preaching? It concerned mainly three things: preserving sound doctrine against heresy, passing the truth down to the youth, and build­ing up the congregation in the faith through ongoing instruction. Let me give an example. Bastinguis, a student of Ursinus and Olevianus who received his doctorate in Heidelberg in 1575, said it all in his declaration concerning the catechism: The cate­chism is a weapon against “monsters and beasts” but at the same time it is instruction “for the shepherds as well as the sheep,” because it leads into the “sanctuary of Scripture” and brings the people to the fountain “where all the streams of ecclesiastical writings originate.” At this fountain we are made into “disciples of the Holy Spirit in the unity of the faith.” Our reformed heritage would be unimaginable without the catechism. It has shaped and comforted countless generations. 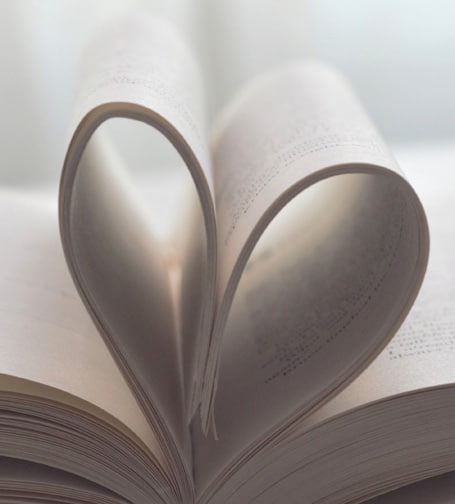 Not the Last Word

Anyone who knows the Scriptures of the Old and New Testaments, however, will discover that the Heidel­berger, right down to its formulations, stands right next to Scripture. There is often the danger of confessionalism. Confessionalism is an overestimation of a confession, as if with a Reformed confession the last word has been said and that Scrip­ture has in fact come to its own in the confession. Then we are in fact laying the catechism over the Bible.

Certainly our catechism is drawn from the well of the Word, but the well is not thereby depleted. The catechism is a summary, a careful ar­rangement of the Scriptural data, with the purpose of making the Bible clearer and more easily understood. The over seven hundred proof texts under the answers of the Heidelberger say enough in that respect. Anyone who is preparing himself for the handling of a portion of the catechism can famil­iarize himself with that Lord’s Day by these proof texts.

It is well for a preacher who knows himself bound to God’s Word and to the Reformed faith to reflect on the Heidelberger and to preach it every week in his congregation. That prac­tice protects the preacher from one-sidedness because he feels compelled to deal with things from the Word of God that in the first instance might not suit him. He is constrained to proclaim the whole counsel of God for the redemption of sinners. Weekly catechism preaching is also important for the congregation. She needs to hear the whole counsel of God in a balanced way and must be protected from the danger of wanting to hear only what she likes to hear.

Weekly catechism preaching works to shape and build up the congrega­tion in the faith. The catechism has an eternal youth. I think of the powerful beginning of Lord’s Day 1: The preaching of our only comfort in life and death. I consider unsurpassed answer 60 to the question: “How are you righteous before God?” Here stands a man, a sinner, before the eter­nal and holy God. Here says a man who he is, but still more who God is for him. Everything hinges on the powerful “nevertheless” of faith.

In 1930 Prof. G. Wisse gave a public lecture on “Catechism Preaching for Our Times.” Wisse maintained in his speech that the sense of catechism preaching is that the congregation is enriched in the riches of the knowledge of God. He also pointed out that in all times the best part of the congregation cherishes catechism preaching above all. This certainly has something to do with the practical orientation of the document, and that is certainly also why it is so useful for spiritual direction in preaching. In the catechism, the things of the Lord are brought into view.

Doctrine is life, not intellectual gym­nastics. Doctrine is the unfolding of God’s work of salvation. Catechism preaching distinguishes itself precisely by its confession of God’s sovereignty, the lostness of man, God’s free grace, and absolute dependence upon the Holy Spirit. In our day the vertical relationship to God is often made sub­servient to the horizontal. The treat­ment of the catechism protects both minister and congregation from going off track in this regard as well.

Catechism preaching also has a mes­sage for today’s questions and ethical problems. With the treatment of the law in the last portion of the cate­chism a preacher who knows what he is doing can give direction from the Word of God with regard to many questions that resound on the ethical terrain today. For example, without resorting to acrobatic tricks, he can very easily draw a line to today’s arms race ques­tion from answers 95 and 105, which say we may not willfully expose oursel­ves to any danger, and we may not put our trust in anything besides the Lord.

The last Lord’s Day of the catechism points us to the fact that the deadly enemies of God’s people are not seated in any particular political power, as if they are allied with names such as Washington, Moscow, or Peking, but consist precisely of the world, the devil and our own flesh. In the confrontation with Jehovah’s Wit­nesses, Lord’s Day 8 helps us with the correct perspective on the divine Trinity.

Today the influence of fundamen­talists and charismatics in the church is sometimes quite strong, as their er­rors concerning baptism, the church, and the Holy Spirit spread through congregations, even those in Reformed territory. Answers such as 53, 54, 74, and 114 help us see what the biblical, Reformed vision is regarding the Spirit, infant baptism, and perfection. No one need groan under catechism preaching where the heart of God’s people is touched by the ongoing relevance of its questions.

At a 1982 office bearers’ conference in Amersfoort, The Netherlands, the Rev. J. H. Velema said, “Tell me what you think about catechism preaching and I will tell you where you are with respect to the church.” Prof. G. Wisse noted in the previously mentioned lec­ture, “That is why those who are ma­turely convinced of the Reformed faith, as well as those who have been well in­troduced to it, deeply treasure catechism preaching as the kernel and marrow of a biblically consistent religion.”

The catechism always stands at the center of a full life and demands my whole heart. It is the strength of the catechism that you there meet a be­liever who knows, and knows what he believes. That makes the content so relevant, so significant, so authentic. A person is affected by it in his whole being. Here are no doctrines that are bits of dry dogma, tough and hard, indigestibly displayed. Here God’s grace is a living reality. Here Christ is not only a name but the foundation, the power and the outlook for life.

Don’t Give It Up!

The handwriting is on the wall if one gives up catechism preaching. In a number of Reformed churches this has happened. Sad to say, such churches can no longer function as a bulwark for the Reformed faith. Sad to say, the Reformed character of such churches is more in name than in reality. Under the influences of secularization, decreasing knowledge of the biblical spirituality, and the existence of modern theological opinions one be­comes further and further estranged from the Reformed heritage. The rejec­tion of weekly catechism preaching is a betrayal of that heritage.

Does this mean that weekly catechism preaching provides a guarantee that the life of faith is good only in congregations where these ser­mons are still delivered? Catechism preaching does not in itself provide such a guarantee. But with the applica­tion of the Spirit such preaching is a blessing to many.

Salvation is God’s work from A to Z—in the acquisition as well as in the application of salvation. It is grace in order as grace to remain grace. That is the ongoing relevance of preaching from the Heidelberger.

Rev. J. Oosterbroek was a CGKN (Christelijke Gereformeerde Kerken in Nederland) minister in Harderwijk in the Nether­lands.