Colloquial jargon has a way of embodying cultural philosophy. Modern teens habitually sprinkle their conversations with liberal doses of “Y’know” and “Like, y’know.” Two rather modern linguistic space fillers are particularly revealing of the postmodern spirit of our culture. In response to any particular belief-claim or moral-imperative come the retorts: “Whatever” and “Whatever floats your boat.”

You see, postmodernism rejects any notion of universal, transcendent truth and reduces all ideas to social constructions shaped by one’s class, gender, and race. The moral outcome of postmodernism is an ethic of “whatever”—an ethic of apathy. If all ideas are equally valid, then no idea is worth our allegiance, worth living or dying for—or even arguing about. Boredom, indifference, and apathy to truth claims have made it harder than ever to witness to the truth claims of Christianity.

The challenge: With its denial of rationality, of objective truth, of trans-cultural and trans-historical value, postmodernism is nothing less than intellectual AIDS. Call it MAIDS—Mentally Acquired Immune Deficiency Syndrome. It attacks the intellectual immune system, and thereby affects everything involved with it, including epistemology, history, philosophy, ethics, and the sciences.

The opportunity: We need to teach our students those responses that arise from within Christianity as a system of truth, as a worldview, and as a covenantal relationship with God. As church educators we must recover the primacy of the mind, something the apostle teaches in Romans 12:1–2:

“Therefore I urge you, brethren, by the mercies of God, to present your bodies a living and holy sacrifice, acceptable to God, which is your spiritual service of worship. And do not be conformed to this world, but be transformed by the renewing of your mind, so that you may prove what the will of God is, that which is good and acceptable and perfect.”

Our temptation is to borrow, to adapt, to “find what’s good about _________” so that we may incorporate that “purified” idea or practice within our Christian response. Romans 12 speaks not about transforming the external culture, but about we ourselves being inwardly, mentally, wholly transformed.

To that end, asking “Why?” is always proper and should be encouraged and taught. Above all, it should beanswered. We must develop and teach answers to the questions our children and young people need to be asking. We can begin by teaching them how to ask the right questions.

When you teach the Bible’s doctrine about God, for example, you need to set it off, antithetically, against competing doctrines about God: unitarian (Judaism, Islam, Unitarianism); impersonal consciousness (Hinduism, Buddhism, New Age), and polytheism (Mormonism, Shinto, animism).

The need is critical for indoctrination. That has been a dirty word for more than forty years. Schools have re-written their curricula. The education industry has slidden into fuzzy thinking, and, as a result, youth are graduated to adulthood with little doctrinal backbone.

The challenge: Postmodernism (1) rejects the rationalism of the Enlightenment, and (2) endorses religious pluralism. Both of these lead to a new quest for spirituality.

The postmodern temptation is to create a self-styled spirituality—a kind of “whatever works for you” spirituality. Spirituality has become a commodity that can be mass marketed in a variety of packages suited to a variety of tastes.

A study of John Calvin will reveal that he uses as the key word to describe Christian holiness and sanctification the word integrity, which means “restoration to order.” Christian spirituality is a spirituality of integrity, where head matches heart, where the inside matches the outside, where Sunday flows into Monday.

This kind of integrity is explained in Titus 2:6-8, which, though originally written to a pastor, applies to any Christian educator—parent and school teacher included:

“Likewise urge the younger men to control themselves. Show yourself in all respects a model of good deeds, and in your teaching show integrity, gravity, and sound speech that cannot be censured, so that an opponent may be put to shame, having nothing evil to say of us.”

The challenge: Postmoderns claim that all truth arises from one’s tradition and one’s community. That would make truth a human creation. Such a view relativizes truth. No tradition or community or culture is better than another, and so no truth claims can claim to be absolute. What’s true and right in New Guinea isn’t necessarily true and right in New York.

The opportunity: We need to recover the value of tradition, in the sense of that providentially guided context within which the Christian community has discerned biblical truth, refined its formulation, and applied it to life. The opportunity exists to expose to our youth the rootedness of our faith-tradition, our confessional tradition, in the objective truth of God’s Word.

In the volume edited by Michael Horton, A Confessing Theology for Postmodern Times (Wheaton, IL: Crossway, 2000), Charles P. Arand contributes an essay entitled “The Church’s Dogma and Biblical Theology.” In this essay he identifies the contribution that the church’s Confessions can provide in our contest with postmodernism.

Several years ago, Dr. Albert Mohler, president of Southern Baptist Seminary in Louisville, Kentucky, spoke in the Chicago area. In his lecture, Mohler identified the greatest need of evangelicalism today. In the face of process theology, of the openness-of-God theology, and postmodernism, there is the need for Confessions. Mohler has contributed an essay to the book edited by Michael Horton, an essay entitled “Reformist Evangelicalism: A Center Without a Circumference.” Here is his concluding plea to evangelicals to recover the boundaries, the edge, of the faith:

“The failure to draw the boundaries and to give attention to the circumference meant that the [evangelical] movement’s center was itself lost. . . . We must respectfully respect and understand the logic of the postwar evangelical coalition and yet we must give primary attention to our confessional communities. We must ensure that our confessions are faithful to Scripture, which after all is the norma normans non normata [the norm that governs, not the norm that is governed]” (148).

It is interesting, to see an increasing number of North American Christian leaders arriving at the very point which served as the beginning of the Christian day school movement within the Reformed community.

The challenge: Much of pop culture embodies the presuppositions and values of postmodernism. Ken Myers, in All God’s Children and Blue Suede Shoes: Christians and Popular Culture (Westchester, IL: Crossway, 1989), has identified two key features of pop culture that militate against Christianity, namely, its promises of the “new” and the “now.”

These values have infected worship in many evangelical churches, and they have also come to shape education. 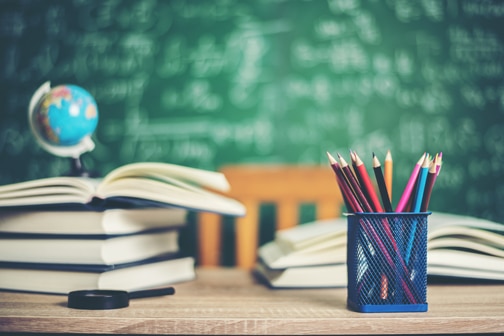 In his book, Truth Decay, Douglas Groothuis includes an appendix, entitled “Television: Agent of Truth Decay” (281-295). Every Christian educator should read and digest Neil Postman’s trenchant assessment, entitled Amusing Ourselves to Death (New York: Penguin, 1985), where he explains how television has changed the way people know what they know, the way they perceive reality. The nature of television is that it transforms life—religion, politics, education, news— into amusement, as it elevates symbol over substance, and image over word. Years ago, Malcolm Muggeridge wrote Christ and the Media [Grand Rapids: Eerdmans, 1977]:

“The one thing television can’t do is express ideas … There is a danger in translating life into an image, and that is what television is doing. In doing it, it is falsifying life. Far from the camera’s being an accurate recorder of what is going on, it is the exact opposite. It cannot convey reality nor does it even want to.”

Television is not simply an appliance or an industry; it is a way of life and a mentality for approaching reality. Because of this, television amplifies and reinforces postmodernist themes of incoherence, fragmentation, self-saturation, and imagination as the source of reality and truth.

The opportunity: Teach self-conscious use of technology, especially television, music, and movies. Such teaching must surely be guided engagement, the kind of exposure suitable to the age and capacity of students. It must also seek to serve the home, both by honoring the home’s God-given authority in this arena and by equipping parents to nurture their children in self-conscious use of technology.

The challenge: Given everything we’ve said, it’s not at all hard to understand why so many today endorse so-called alternative lifestyles. We dwell in a “live-andlet-live” society, the epitome of individualism and the embodiment of an individual’s “right to choose.”

The opportunity: Part of the Christian response to this cultural situation is the strong teaching of the concept of office or calling. This concept emphasizes that every person lives under authority, with others, in creation. People committed to postmodernism are fragmented selves, with no hierarchy of being or values to provide context for identity and direction. For the postmodern, there are no objective values, only personal sentiments. A Christian education that emphasizes office and calling provides orientation to God-ordained duties, responsibilities, and privileges. Teaching the Bible’s doctrine of calling accomplishes three things: (1) it provides identity; (2) it stimulates community (other-directedness, service); and (3) it promotes a sense of history (goals, ideals, meaning, fulfillment).

Alongside an emphasis on calling is the need for a disciplined—that is: orderly—classroom. A Christian educator must teach the “morality” of the law in the classroom He does so through rules for behavior, through the consistent and compassionate administration of discipline, and through a perpetual justification of order.

Catch, one more time, the title of this piece: “Opportunities for Christian education in a post-modern age.” The Christian community, while being confronted with an overwhelming array of challenges to long-held teaching and practice, at the same time faces numerous opportunities to defend, inculcate, and apply its shared inheritance.

Christian education is one particular venue, one special area, where these opportunities must be seized with an eye to the future of the Christian community in North America. May God be pleased to bless our efforts—as churches, homes, and schools—with the fruit of children who grow up to confess and to reflect the lordship of Jesus Christ.

Dr. Nelson Kloosterman is the Professor of Ethics and New Testament at Mid-America Reformed Seminary in Dyer, Indiana.