It was on Pentecost that Peter proclaimed that Jesus was delivered over to crucifixion by the “foreknowledge of God” (Acts 2:23). For centuries the church has rightly understood that God knows beforehand the things that will happen in history. Interestingly enough, the apostle also here refers to the basis of the divine foreknowledge: “Him, being delivered by the determined counsel and foreknowledge of God.” Again, the people of God have properly believed that God’s foreknowledge is based upon the foreordination of all things by His own will.

Both of these doctrines – foreordination and foreknowledge – are currently denied by evangelicals who espouse the so-called “Openness theology,” The future in this view is not determined, settled, or closed. Instead, they claim it is uncertain, open, and not entirely controlled even by God. In fact, the future is so open and so uncertain that not even God himself has a definite knowledge of what will occur: “Omniscience need not mean exhaustive foreknowledge of all future events” (Clark Pinnock, The Openness of God, p.12 1.).

This position, of course, is not in the mainstream of historical Christian thought. Traditionally, it has been held that God’s omniscience includes free human actions in the future. In Openness theology, however, the most that God can do with respect to the future determinations of free agents is to make educated guesses: “God has a vast amount of knowledge about the probabilities that free choices will be made in one way rather than another” (William Hasker, Ibid, p. 15).

What is the engine that drives the Openness of God view? Openness theologians are primarily committed to a libertarian view of human freedom. Pinnock affirms that we are “significantly free.” He believes in “freedom in the strong sense.” Humans have not merely the power of alternative choice, but contrary choice: “People must be free to enter into that saving relationship with God” (Predestination and Free Will, pp. 147–148). Because of a fundamental pre-commitment to a radical version of human freedom, Openness thinkers reject divine foreordination and foreknowledge. If “the future is fixed and determined,” then “human freedom is an illusion” (Pinnock, The Openness of God p.121). “There are serious questions,” Hasker affirms, “concerning the logical compatibility of comprehensive divine foreknowledge and The Openness model appears to have at least three fundamental problems: an aversion to mystery and paradox, a selective use of the biblical evidence, and a failure to make hermeneutical distinctions. Does not Pinnock display a rationalistic bent when he writes, “Philosophically speaking, if choices are real and freedom significant, future decisions cannot be exhaustively foreknown” (The Openness of God, p. 123)? This is a different attitude than that displayed by James Packer who has long affirmed that the Bible teaches both the absolute sovereignty of God and human freedom, a mystery that human reason cannot fully comprehend. We must learn to accept such biblical antinomies. It is good always to remember the opening statement of Herman Bavinck’s The Doctrine of God: “Mystery is the vital element of dogmatics” (p. 13).

Unlike Luther (with his embrace of God as both hidden and revealed) and Calvin (with his espousal of God’s hidden and revealed will) and many others, Pinnock reflects an overreaction against divine transcendence in favor of immanence. Note that he believes that our conception of God must be an “either/ or” rather than a “both/and”. With respect to the following propositions: “We may think of God primarily as … an all-embracing and irresistible power, aware of everything that will ever happen … or we may understand God as a caring parent with qualities of love and responsiveness, generosity and sensitivity” (The Openness of God, p. 103).

Why, however, may we not think of God as “both/and” in relationship to the propositions here set forth? What is wrong with paradox? Is it not better to affirm the biblical testimony? In the “hidden purpose” of God, “the reprobate are damned to their own ruin.” Yet, at the same time, there is the profound mystery of “His will as made known to us in the gospel.” As Calvin without embarrassment puts it, “So wonderful is His love towards mankind that He would have them all to be saved” (Commentary on Second Peter, on 2 Peter 3:9). As Luther likewise taught, Scripture presents God as the one who foreordains some to hell, but who also is revealed in Christ as the friend of sinners, full of compassion and goodness, seeking the salvation of all. 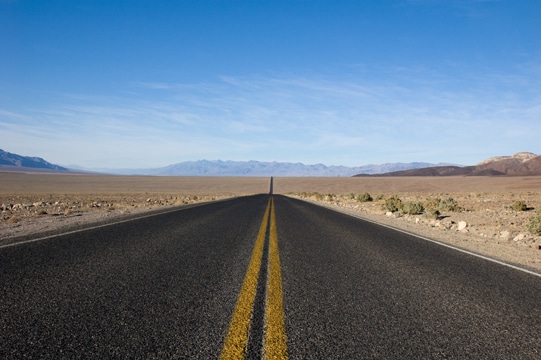 A second problem in Openness theology is a selective presentation of the biblical evidence. Passages like Genesis 22:12 (“Now I know that you fear God”) are cited, while classic texts which are the basis of the foreknowledge doctrine are not brought into the discussion. Where, for example, do Openness thinkers seriously interact with the discussion in Isaiah 46, a passage in which the God of Israel is contrasted with the Babylonian god Marduk and his son Nebo? Here the LORD is presented as being in a class by Himself. There is no one who is comparable to Him. Whereas the Babylonian idols were carried away literally by their Persian conquerors, the LORD is the God who will ever carry his people (vss. 3–4). In addition, the LORD is unlike all the gods of the nations in that He alone has the attribute of foreknowledge: “I am God, and there is none like me, declaring the end from the beginning, and from ancient times things that are not yet done” (vss.9b–10a). The point of the text is that foreknowledge is the distinguishing characteristic of God. If foreknowledge is removed from the LORD, then it really means that He is not God. For it is of the very essence of the divine nature to possess the attribute of foreknowledge. The passage furthermore instructs us that God’s foreknowledge is based upon His foreordination. He is able to know and to declare the future because of His unchanging plan: “I am God, and there is none like me … saying ‘My counsel shall stand” (vss.9b, 10b). Cyrus the Persian, the “bird of prey from the east,” is viewed in terms of foreordination—the LORD refers to him as “the man who executes my counsel, from a far country” (vs. 11a).

A Failure in Hermeneutics

Finally, proponents of Openness theology fail to make the rather elementary hermeneutical distinction between proper and metaphorical descriptions of God. Biblical passages which teach foreordination (Proverbs 16:33; Matthew 10:29; Luke 22:22; Acts 4:28; 17:26; Ephesians 1:1 1) and foreknowledge (Psalm 139:4; Isaiah 42:9; 46:10; Matthew 20:17–19; John 21:18–19) are summarily dismissed (because they are judged to be inconsistent with libertarian free will), while texts which are metaphorical descriptions of God are taken to be proper statements of the divine nature.

The “Now I know” texts (such as Genesis 22:12) are affirmed as straightforward, proper descriptions of God showing that he comes to learn new things over time. Again, the only reason for dismissing the foreordination / foreknowledge passages is due to a prior philosophical commitment that comprehensive divine foreknowledge and real human freedom to choose are rationally incompatible. This is the basis for taking metaphorical, texts as being proper descriptions of God. Now since Openness theologians insist that God literally learns new things, one might suspect that in the interest of hermeneutical consistency they would take Jeremiah 31:34 quite literally: “Their sin I will remember no more.” Pinnock though is apparently willing to take such a statement metaphorically, since he affirms that “God … is free from our inability to remember” (The Openness of God, p. 120).

Surely, if we have a commitment to maintain a biblical theology, we dare not just dismiss the host of foreordination and foreknowledge texts. Such passages ought to be recognized for what they are—proper descriptions of the divine nature! They clearly are not metaphorical statements in which the qualities of man are attributed to God! Likewise, the traditional hermeneutic will continue to take seriously texts like Jeremiah 36:3 (“It may be that the house of Judah will hear all the adversities which I purpose to bring upon them, that everyone may turn from his evil way, that I may forgive their iniquity and their sin”), recognizing them for what they are—metaphorical statements, which as Calvin notes are “common in Scripture,” passages in which “God transforms Himself, in a manner, into what man is” (Commentary on Jeremiah, on Jeremiah 36:3).

The church for centuries has recognized that Scripture makes metaphorical statements about God. Why, however, does not the Bible merely confine itself to proper descriptions of God? Would not this be far less confusing? Actually, the use of metaphorical speech is to our benefit. John of Damascus makes the point that metaphorical statements about God “teach us what is above us by means of something familiar to ourselves” (Exposition of the Orthodox Faith, XI). Calvin with customary skill provides this memorable explanation: “For who even of slightest intelligence does not understand that, as nurses commonly do with infants, God is want in a measure to ‘lisp’ in speaking to us? Thus such forms of speaking do not so much express clearly what God is like as accommodate the knowledge of Him to our slight capacity. To do this He must descend far beneath His loftiness” (Institutes 1.13.1).