George and Andrew are brothers, both now in their 60s. Despite being close in age, they had drifted apart over the years and now seldom had anything to do with one another beside polite greetings. The problems began with their wives, both of whom had personalities that suggested they ingested large quantities of vinegar. Neither could get along well with the other; both were vocally critical of the other’s family members. As a result, though they went to the same church, everyone knew of the “feud,” and everyone was smart enough to make sure George and Andrew and their families were never invited to the same functions.

Pete and Bill didn’t speak to each other, either. The problems arose when Pete bought equipment for his farm from Bill’s dealership. Pete became dissatisfied with the equipment and angry about the lack of care he received from the service department. Bill says that the angel Gabriel wouldn’t be able to satisfy Pete, and that he and his people did everything humanly possible to take care of him. Pete has been heard, over the years, to charge Bill with being a crook; Bill tells anyone who will listen that Pete is an old grouch and a lousy businessman. Both are Christians and attend sister churches within a few minutes’ drive of each other.

Feuds, tension, interpersonal squabbles—call them what you will. Fact is, they cause more grief in the body of believers than anyone cares to admit. People, including believers, are undeniably sinful, and a sad mark of sin is the stubbornness and pigheadedness that makes reconciliation seem impossible. It seems that many would rather nurse the feud than solve it, deriving some sort of perverse pleasure from holding a grudge. Over the decades of my own ministry among Christian Reformed people, of whom a disproportionate share are of Dutch extraction, I have on more than one occasion shaken my head in amazement at the sinful stubbornness that is blithely accepted as characteristic of “hard-headed Hollanders.” Many even chuckle at this “genetic tendency.” Sad.

However, I have always suspected, and sometimes observed, that a lot of arguments harden and calcify into full-blown feuds because those involved are not only sinfully stubborn, but also ignorant of the Biblical process they ought to employ to resolve the tensions. In other words, the involved parties simply don’t know where to begin. Tune to learn.

Rob Hague-Rogers, a dear friend of mine here in Dallas, recently challenged our men’s prayer breakfast group with what he called the Biblical “go principle.” A trained pastoral counselor himself, he had long been plagued by the inability of God’s people to resolve interpersonal sins due in part to an ignorance of where to begin. Through his training and study of Scripture, he observed an interesting phenomenon in the Bible: irrespective of whether you are the “sinner” or the “sinnee,” the offending party or the offended party in a sinful dispute, the burden is laid upon you to “go” to seek reconciliation. There is no situation in which the believer’s duty is to wait for someone else to take the initiative. 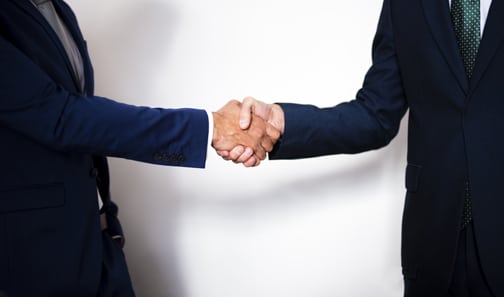 Let’s learn from Scripture. In Matthew 5, Jesus is articulating the law of His new kingdom regime, speaking from a mountain just as Moses had done of old. He expounds many of the commandments, using the same formula for each: “You have heard it said…but I say unto you….” The first of the commandments so treated is the sixth, “Thou shalt not murder.” In Jesus’ treatment of that commandment, He begins by identifying the heart sins of anger and hatred as lying at the base of the sixth commandment prohibition. Then He inserts a remarkable little instruction:

“Therefore, if you are offering your gift at the altar and there remember that your brother has something against you, leave your gift there in front of the altar. First go and be reconciled to your brother; then come and offer your gift” (vv. 23–24).

These verses are remarkable for several reasons. First of all, they reveal that the interpersonal relationships in which we are involved affect our worship. If sin affects us horizontally, it also affects our ability to come before the Father (“gift at the altar”). What a great truth to remember! Second, Jesus seems to assign striking urgency to what is at best an undefined situation. Allow me to paraphrase:

You’re busy in worship, just getting to the good part, when your mind wanders to the fact that your neighbor Waldo is upset with you over something you did. Jesus tells you to walk out of church immediately;. go seek out Waldo, and workout the problem. Do it now.

Please note that nowhere does Jesus say clearly that what you did to Waldo was sinful, just that Waldo “has something against you.” Nonetheless, you are to go; you are neither to ignore what you may think to be silliness, nor to wait for Waldo to come to you with his problem. As I said, remarkable!

Turn next to Matt. 18:15f. Here, in the context of the Lord’s touching parable of the lost sheep revealing His loving heart and seeking to shape ours, we read the familiar words about disciplinary procedures within the body of believers. Volumes have been written about verses 15–20, most of which have focused on the three stage process, the role of witnesses, and the problem many have with Jesus’ pronoucment over those who refuse to repent: “Treat him as you would a pagan or a tax collector.”

Yet, key to Jesus’ teaching in this passage is the first verse of the section: “If your brother sins against you, go and show him his fault, just between the two of you.” Note first of all the dearly described circumstance: within the body of believers (“brother”) one has sinned against you. Unlike the Matthew 5 passage where Jesus does not specify whether a sin has been committed or not, here it is unmistakably dear. There is sin involved, your brother has committed it, and it is against you. Yet, remarkably, Jesus’ prescription is the same as before: you are to “go.” No wiggle room here in your assignment; no pious waiting for him to be brought to repentance by some miraculous work of the Holy Spirit; no self-righteous demonstrations of spiritual “patience” allowed. You are to go, show him his fault, and do it just between the two of you. And do it now.

Why? Well, first of all, you “go” rather than wait for him to come to you because as a believer you know full well that not all sinners recognize their sin or its consequences. You yourself don’t in every circumstance. So, if you are aware of sin, you are responsible to deal with it. Simple point, powerful principle. Secondly, you are to “go” rather than to ignore the problem or cover over the sin because you know that no genuine reconciliation can be had without an honest and righteous dealing with the sin committed. Scripture is abundantly clear that sin is to be dealt with God’s way in Christ: confession, repentance and forgiveness. Any attempt to circumvent that principled process is doomed to failure. And thirdly, do it now because of the remarkable penchant of the human heart to grow crust. Sin not resolved God’s way, soon hardens, calcifies and becomes much more difficult to deal with later.

As elders in the Lord’s church, what should you do with the “go” principle? Let me make a couple of suggestions.

• Make sure you yourself operate with this principle: that you are not stubbornly waiting for someone to apologize to you for a sin they committed; that you are not ignoring a brother or sister who really has a problem with something you have done. You cannot teach this “go” principle to others if you do not obediently follow it yourself. If you are sinning today by refusing to “go” to someone, repent and amend your ways right now! Do it before you finish reading this magazine!

• Apply it in your home, and challenge other men of God to apply it in theirs. We conservative Reformed people speak a lot about “Biblical headship” in the home. What does it mean, specifically? To be sure, God assigns to husbands and fathers authority and responsibility for the spiritual condition of the household. But again, what does that mean in practical terms? The “go principle” is one of the most specific ways headship is carried out. To quote my friend: “As head of your household, or in preparation for becoming the head of a household, you should always be first to confess and first to offer forgiveness. Put another way, if you are not the first to confess sin nor the first to offer forgiveness, then you are not acting as spiritual head of your household.” This is true in your marriage; it is true in your relationship with your children. Don’t complain about your wife if she doesn’t seem to honor your “headship”; practice headship in a way that reveals your soft heart, your tender Christ-like love, and your willingness to be first to act inactive pursuit of reconciliation. Don’t merely grieve over your kids when they sin; show them by your own example how to deal with sin Biblically, both in yourself and in others. That’s headship!

• Pick a feud, any feud, and challenge the parties with the Biblical “go principle.” Do it today. Lovingly but firmly hold before each of the members of the dispute that it is their duty to “go” to the other. Ideally, if both are genuine believers, they should “meet in the middle” as each seeks out the other. Even if both don’t “go” to the other, perhaps one will. And if one heart is soft, it often melts those around it.

Folks, the “go principle” is not merely a good suggestion, a positive and practical method for resolving disputes. It is God’s own pattern. Remember: one of the foremost principles of Reformed doctrine is that God did not wait for us to come to Him, but came to us seeking reconciliation in His Son. Remember: “You were dead in your transgressions and sins, in which you used to live…” (Eph. 2:1). Remember: “God demonstrates His own love for us in this: While we were still sinners, Christ died for us” (Rom. 5:8).

Dr. Sittema, editor of this column, is the pastor of the Bethel CRC, Dallas, TX.