(A Tract for Ministers and for Elders who are required to have “particular regard to the doctrine and conduct of the minister of the Word.”)

It was during my first pastorate that I became acquainted with the meaning of the term: “occupational disease.” I had a man in my congregation who was a florist. One day he told me that his work in the greenhouse exposed him to physical hazards of a peculiar nature. Fact was, he had contracted a strange bronchial infection, the cause of which for several years baffled his physician until finally it was traced to floral fungi.

The thought has been recurring to me that perhaps something should be said about the occupational hazards of the preacher. It would seem proper that none other than a minister should write on the subject, provided, of course, that he is willing first of all to judge himself by what he has observed in others.

I believe there are at least three “diseases” not uncommon in ministers that should be mentioned. 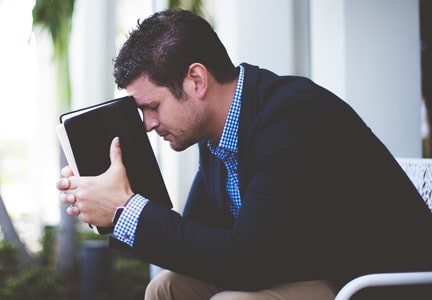 This can be a devastating affliction. Sometimes it produces a most dangerous impulsion. A minister sufFering this disease often is victimized by fears. Anxiety and uncertainty, not always related to a specific situation, produce inward turmoil which is torturous. The malady puts the patient on the defensive, and his immediate fear is that his defense will be penetrated.

Emotional dyspepsia makes a preacher whine. He is irritable and gripes about everything. He doesn’t like someone in his consistory. His Ladies’ Aid is a vexation. Why must the telephone ring so often? Why is the building committee so cautiously slow? Why this and why that?

Now it hardly needs to be said that in almost every parish there are people who are eminently qualified to fray any man’s nerves. That may have been the factor that recently induced a pastor in a southern community to set fire to his own church edifice. When apprehended, he is reported to have said, “I feel much better now.” But destructive paroxysms of anger a re not healed by conflagrations. A pastor must learn to condition himself for all kinds of situations and individuals. It takes pluck to enter the ministry, and still more pluck to stay in it. A poet writes of “tiger traits” in humankind. Alas, after you have dealt with the tiger you must still deal with the donkey. And that is an even bigger challenge.

2. Softening of the Spine

I have observed that there are ministers who appear exceedingly grateful for any kind words flung in the direction of Christianity by men who are conspicuous in just about everything but Christianity. Let some prominent public figure, no matter how irreligious he may he, give an approving nod to a segment of Christian truth, and scores or clergymen will hasten to quote the great man’s words in next Sunday’s sermon. The implication seems to be that such a testimonial, regardless of its source, constitutes a vindication of the clergymen’s profession.

This is pathetic, to say the least. It reveals an intellectual inferiority complex spelled in letters slightly yellow. Why should the servants of the Most High God whose Word is forever settled in heaven eagerly grab a morsel of support from the public statements of people whose distinction lies outside the church? What is this that has come upon us that we should submit the glorious Gospel of the ever-blessed God to secular adjudication? Hasn’t our faith hit a pretty low level of self-respect when we crave the endorsement of men who are substantially unchristian and even anti-christian? Just where are we anyway? Is the word we preach_ the Word of the Lord? Or is it the word that was proceeded out of Athens and Vienna? What is our formula? Thus saith the Lord, or Thus saith Plato and Freud?

What we preachers need today is a recovery of the sense of the majesty and the exclusiveness of the Christian faith. Christianity is of God. Its validation does not rest on a nice balancing of social pros and cons. It needs no certification from the world. It is not the world that judges Christianity, but it is Christianity that judges the world, Vienna and Athens included.

3. Inflammation of the Ego

This is the most prolific and the most dangerous disease to which ministers are exposed. Karl R. Stolz, in his Vocational Neuroses of the Minister. has a section on “Egocentricity” in which he laments “the melancholy process of pampering the pastor.” That is indeed something to lament. Watch out for the parishioner who is wont to say, “You look tired, pastor.” However sincere and well-deserved the remark may be, it carries an alarm signal.

An inflamed ego often manifests itself in an intolerant attitude, an indifference to fact, and a disregard for accuracy. William L. Stidger tells of a friend who left the ministry ,and went into business. Some years later Stridger met him and said to him, “Just what advice would you give to ministers after your experience in the business world?” This was the reply: “I had to go into the business world to learn to accept criticism. As a minister I had been catered to, carried around on a golden platter so long, been praised by women so much, that I had come to the place where I felt that I was infallible and that nobody had any right to criticize me; that when they did they were my enemies. But business has taught me better than that. The best friends an executive in business has are the men who are the most severe with him in a board of directors’ meeting. No man in the modern business world can survive who does not have such honest and frank criticism.”

How often a minister’s pride is exposed in the attitude he assumes towards the calls extended to him. I once was neighbor to a clergyman who received several calls during that particular pastorate. He ceremoniously declined them all, stating this as his reason: “My old church still needs me.” Through the years I have often thought of that man and have wondered whether it would not have been more truthful for him to have said, “I still need my old church.”