I was present at the 1995 sessions of the Christian Reformed synod as a correspondent for The Outlook magazine. On Monday evening, June 19, 1995, as it concluded its deliberations on women in the offices of elder, minister, and evangelist, the CRC synod passed a recommendation which read like this: “That synod urge the churches to recognize that this issue is not one of salvation and that even in our differences we remain sisters and brothers in Christ.” The minority committee’s recommendation #4 was exactly the same. The ground offered for this recommendation was the following: “Unity in the church will only come when we focus on him who unites us, Christ Jesus our Lord, instead of those issues on which we differ.” 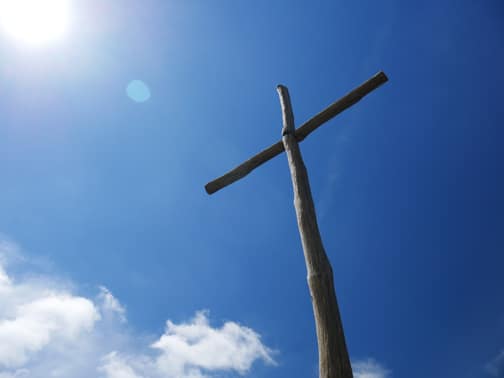 Similarly, the Trinity is not a Christian teaching that anyone can lay aside without peril to her or his own soul. The first three sentences of the Athanasian Creed read as follows: “Whosoever will be saved, before all things it is necessary that he hold the catholic faith; which faith except every one do keep whole and undefiled, without doubt he shall perish everlastingly. And the catholic faith is this: That we worship one God in Trinity, and Trinity in Unity.”

So there is some precedent for singling out issues and Christian teachings which are of We and death importance for the Church’s confession and life. But I believe that to declare an issue “not one of salvation” will eventually have a bad, even disastrous effect throughout the churches of the Lord Jesus Christ. The posture of the Church is always to stand within the givens of Scripture, all of Scripture, and from that vantage point to confess what she believes and declare what she will do and how she will act in the world. Obviously, the teaching regarding who God is and who Jesus Christ is, is fundamental. Indeed, it is of life and death importance. But one cannot neatly go into the Bible, pick and choose which text is “one of salvation” and which is “not one of salvation.”

For example, when was the last time you heard a sermon declare that feeding the Christian poor was a matter of salvation? When was the last time a synodical gathering or a general assembly made the pronouncement that the reception of the Christian strangers or visiting imprisoned Christians was of heaven or hell consequence? Jesus makes these things that important in Matthew 25:31–46, when He says as He separates the sheep from the goats, that “to the extent that you did (or didn’t) do it to one of the least of these brothers of mine, you did (or didn’t) do it to me.” Or are we afraid that such sermons and ecclesiastical pronouncements might lead people to think that their good works will save them?

Declaring the issue of women in office to be an issue not of salvation easily gives the impression that what one believes and does in this area is, in the end, not really of great consequence. In other words, the CRC synod said, “It doesn’t really matter what you do on this score.” So some classes and churches will have women officebearers and others will not. In the end, who really cares? If church assemblies in the future continue along this line of declaring certain issues to be ones of salvation and others of non-salvation, one wonders which other teachings may in time be up for grabs. For example, is the baptism of infants of believers a salvation issue? Should we be ready to say that it does not matter? I believe that it matters, but not because it is (or isn’t) a salvation issue. Or again, are you prepared to say that the Christian education of the children of believers is (or isn’t) a salvation issue? Do you believe that it doesn’t matter? Whether you choose to educate your children at home or in a formal school setting, I believe it really does matter, but again not because it is (or isn’t) a salvation issue. Or how about creation and evolution? Then there is the matter of practicing homosexuals welcomed in the church, and the acceptance of infant euthanasia of seriously handicapped infants. I refer to these last two items because the Christian Reformed. Church intends to continue ecclesiastical relations with a denomination, the Reformed Churches in the Netherlands (GKN), which openly accepts both practices. Allow me to ask the reader: have homosexual practice and the murder of handicapped infants become a “non-salvation” issue in churches that claim to be Reformed? Can you name any other Christian beliefs or practices that you wish to color-code in your Bible into matters of salvation or non-salvation?

Frankly, this approach to Christian faith and practice is really a very bad business indeed because the Bible points us in a different direction. When Jesus Christ sent His disciples out into the world to make disciples of all nations, He did not tell them to teach the nations to observe only those matters of salvation. He told us to teach the nations to observe all that He commanded us (Matt. 28:19). Both the Old Testament and the New Testament agree on this. Ecclesiastes 12:13–14 reads, “The conclusion, when all has been heard, is: Fear God and keep his commandments, because this applies to every person. For God will bring every act to judgment, everything which is hidden, whether it is good or evil.” Notice what Ecclesiastes says: every act! Jesus said, “If you love me, you will keep my commandments” (John 14:15). I John 3:23–24a declares, “This is his commandment, that we believe in the name of his Son Jesus Christ, and love one another, just as he commanded us. And the one who keeps his commandments abides in him, and he in him.”

The Reformed confessions speak along similar lines. The Heidelberg Catechism teaches us that we are saved. only “by a true faith” (Lord’s Day 7, Q/A 20). This “true faith” is confessed to include “a sure knowledge, whereby I hold for truth all that God has revealed to us in his Word” (Lord’s Day 7, Q/A 21). The Belgic Confession (Article 7) tells us that “those Holy Scriptures fully contain the will of God, and that whatsoever man ought to believe unto salvation is sufficiently taught therein. For since the whole manner of worship which God requires of us is written in them at large, it is unlawful for anyone, though an apostle, to teach other wise than we are now taught in the Holy Scriptures.” In the Westminster Confession of Faith (lvi) we read that the “whole counsel of God, concerning all things necessary for his own glory, man’s salvation, faith, and life, is either expressly set down in scripture …” There is no division of Biblical faith and practice into “salvation issues” or of matters “not of salvation.” True faith embraces the totality of God’s revelation, and it seeks to put the whole into practice.

The Reformed faith is not afraid to confess with the catholic Church throughout all history that there are certain teachings and practices which are at the core of the Christian religion. But the Reformed faith has been historically hesitant to state matters negatively, that such-and-such an issue is “not one of salvation.” Salvation is actually, when all is said and done, due alone to the sovereign grace of God in Jesus Christ. This we believe and heartily confess. But the Reformed faith goes on to say that obedience is the concern of the Reformed Christian, an obedience to not just some, but to all of the commandments of God (d. Heidelberg Catechism, Lord’s Day 44). Positively, what other areas can be brought into active submission to our King, Jesus Christ? And that includes infant baptism, Christian education, the matters of homosexuality, evolution, euthanasia and all the rest.

Rev. Mark Vander Hart is Professor of Old Testament at Mid-America Reformed Seminary in Dyer, IN.