Mr. Fakkema makes a very fine point when he says that it is the divinely given responsibility of parents to educate their children; and that when they fail to do so then the state must step in and see that the children get an education. This is necessary for an enlightened citizenry and the welfare of our nation. But it does not follow at alI that because they neglect their responsibility, they should therefore be relieved of the financial burden of educating their children. It does not follow that because they shirk their duty, others who do their duty should pay for them. If they have failed to provide education for their children, then the state must see to it that an education is provided, but the parents who neglected their duty should foot their own bill. It is not fair to require those parents who are already paying for the Christian education of their own children to pay also for those who neglected their obligation.

If a parent is not financially able to pay for the education of his child, then I believe that it is the responsibility of the society as a whole to help him out, just as Mr. Fakkema indicates should be done in the case of medical aid. That is a valid principle. But of course that has little to do with the case in hand since the vast majority of parents of children in the public schools are not poor but are owners of nice homes, automobiles, television sets, etc.

It is interesting that Mr. Fakkema draws a parallel between the public hospitals and the public schools. He reasons that be· cause we do not complain about double taxation in connection with the public hospitals, we should not do so with the public schools. Now I believe that the parallel here is very good, and Mr. Fakkema is correct in seeing this so sharply. For if there is double taxation in one case, then there is in the other, also. That is why this principle applies not only to schools, but also to hospitals, mental institutions, and sanitaria. In Holland the Dutch have seen this very clearly and have put it to practice by allowing the Reformed, Roman Catholic, Lutheran, and other sanitaria and mental institutions to receive their fair share of taxes. Our mental hospital, Pine Rest, for example, is relieving the state of Michi gan of a great financial burden. There are patients and supporters of that hospital who desire Christian therapy and who cannot conscientiously go to a state institution. It is against their religious principles. Since the state is obliged to care for these mentally handicapped when relatives cannot do it, then they should not refuse to do so because a person is a Christian and goes to a Christian institution.

In one case known to me, a person who was receiving aid from the state had her allowance cut off immediately when she went to Pine Rest, but as soon as she left and went to another place it was resumed. This illustrates the unfair discrimination against Christian institutions and their patients.

When the writer says that we must obey the government in the matter of paying public school taxes since we must be in subjection to the higher powers which are divinely ordained, he is very Scriptural. But that does not mean that the government always acts one hundred per cent in accordance with justice. In the case at hand, it is obvious that there is inequality and injustice in this double taxation against parents who do their duty, and an unfair financial relief for parents who sin and fail to do their duty. That is not justice.

This does not mean, and we have not advocated it anywhere, that the Christian should refuse to pay taxes. He is in subjection to higher powers. But neither does it mean that he should not seek to correct injustice by peaceful means, such as these articles on double taxation mean to be; nor that he should “be less concerned with our rights,” as the writer puts it. The Christian must always seek to uphold justice and rights. And in the present matter, there is a travesty of justice.

Thus, an hour later, at noon time, I realized that I was weak when at eleven o’clock doubts and fears arose over what I said to the caller at ten o’clock. I had compromised in my thinking. But having, thought it through more carefully, and with greater reflection, I have turned back even more decisively to my earlier and Scriptural position of “ten o’clock.” 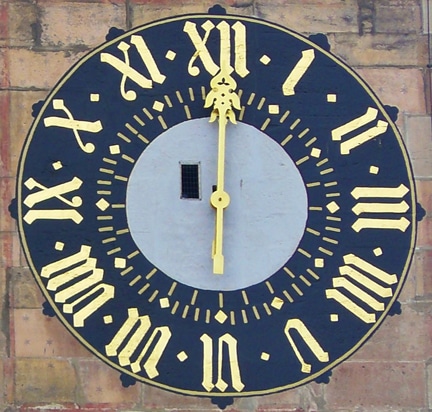