David Wells, a very distinguished Reformed theologian, has written a very important book—perhaps the most important Christian book of 1993. The book is entitled No Place for Truth or Whatever Happened to Evangelical Theology? The book flows out of Wells’ conviction that evangelicals in very large numbers no longer care about theology. For Wells this disparaging of theology is not a matter of concern only for professional theologians, but should be a matter of concern for every Christian. To disparage theology is to denigrate the importance of truth.

How can it be that evangelicals—whose reputation in the twentieth century has largely been as defenders of such doctrines as the authority of the Bible, the divinity of Christ, and the atoning work of Christ—have lost a passion for truth? Wells suggests that the answer is not to be found in theology itself, but in the context in which theology is being done today. The modern world is no friend to truth and only in understanding this modern world can one understand the changing face of American evangelicalism.

What is the “modern” world in which we live? Wells sees the modern world expressed in the science and technology, the urbanization and capitalism, the secularism and pluralism of our time. At one point the Enlightenment seemed to be the ideology of this modern world. The Enlightenment was confident of the progress that mankind could make in every area and of the accessibility of natural laws that reason could study and that would lead civilization in the paths of virtue. Wells notes that this Enlightenment confidence is largely gone in the contemporary world and that indeed ideology is largely gone. In its place is a pervasive cultural concern with control, operation and function. This new world is led by managers and psychologists. We now have a therapeutic approach to reality.

In the American context this modern world is further expressed in the curious combination of commitments to individualism and conformity, to freedom and equality. American goals are affluence and self-fulfillment. Experience has replaced ideology. The only authority is “private experience” (p. 86).

The impact of this modem world on evangelicalism, Wells argues, has been profound. Without careful reflection evangelicals have embraced this modern world and accommodated themselves to it. In reality, experience and intuition have replaced Scripture as the functioning authority for many. Ministers are increasingly evaluated in managerial and therapeutic terms. The experience of God is more important than the truth of God. Doctrine is seen as peripheral and practice is central. Increasingly evangelicals are saying that life, not doctrine, is what is important. But, as Wells observes, this slogan, “Life, not doctrine” (p. 119), is the slogan of the old liberalism that evangelicalism historically opposed. 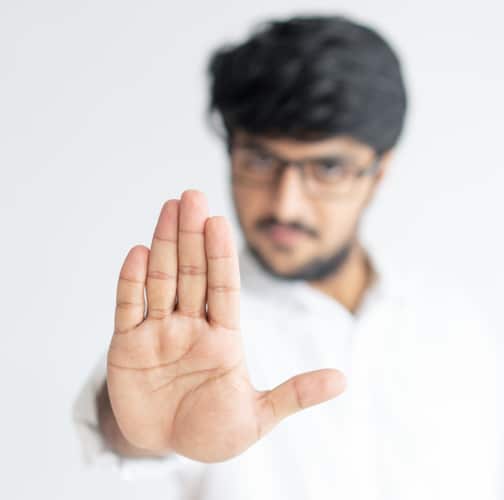 The psychologizing of evangelical religion rests on several assumptions that are really opposed to historic Christianity: 1) that human nature is perfectible; 2) that thoughtful reflection on the faith is not really important; 3) that the important world is the interior world, not the outside world (pp. 178–184.) In such an approach to Christianity, faith really becomes feeling, sermons become entertainment and “…theology is irredeemably reduced to autobiography…” (p.279.)

Wells’ book is done a disservice by such a brief summary as this one. It is carefully researched and fully documented. The arguments are developed with precision. The book is a tremendous help to those who have never examined in depth the character of the modern world and its impact on theology.

The book, as Wells acknowledges, is long on analysis and short on suggestions as to how evangelical theology can revive. Indeed, Wells is working on a second book that will develop an approach to solutions for the problems presented in the first book.

To find solutions we need a careful definition of what evangelicalism is. Wells notes that one of the great problems today is that evangelicalism has no clear meaning. “The word evangelical, precisely because it has lost its confessional dimension, has become descriptively anemic. To say that someone is an evangelical says little about what they are likely to believe…What is now primary is not what is evangelical but what is adjectivally distinctive, whether Catholic liberationalist, feminist, ecumenical, young, orthodox, radical, liberal, charismatic” (p. 134). Increasingly being evangelical has little to do with a theological position: “Being evangelical has come to mean simply that one has had a certain kind of religious experience that gives color to the private aspects of daily life but in which few identifiable theological elements can be discerned or, as it turns out, are necessary” (pp. 130f).

Wells recognizes that this tendency to minimize the importance of theology is not new in evangelicalism: “It would be quite misleading to suggest that what I have been describing so far is a new phenomenon. It is not. There is an abundant trail of telltale evidence of its occurrence stretching back well into the nineteenth century. Sidney Mead argued, for example, that the passing of the earlier era of Calvinistic spirituality and the subsequent ascendancy of the pietism that accompanied the Second Great Awakening also had the effect of undercutting the place of theology. He contends that the passion for truth was replaced by the passion for souls…” (p. 110).

It seems to me that Wells needs to develop this point significantly if he is to provide helpful solutions for the current plight of evangelicalism. He has admirably documented the corrosive effect of the modern environment on evangelicalism, but has he accounted for the susceptibility of evangelicalism to that corrosion?

EVANGELICALISM: A RELIGION OF ACCOMMODATION

Some have suggested very convincingly that evangelicalism right from the beginning in the eighteenth century has been basically a religion of accommodation. Grant Wacker, for example, argued this in a review of D.W. Bebbington’s, “Evangelicalism in Modern Britain,” which appeared in Christianity Today, February 5, 1990. Wacker wrote, “The crucial point here is that evangelicalism was born in Britain and in British North America in the 1730s not as a reaction against the enlightened currents of the age, as many have supposed, but as a religious expression of those very currents” (p. 62). While Wacker cautions that evangelicals do not completely conform to modern culture because of the influence of the Bible on them, he (and Bebbington) assert: “All together, it would be difficult to find a barometer in any age that was more consistently sensitive to the culture in which it lived” than evangelicalism (p. 62).

The historic success of evangelicalism in the last 250 years derived in many ways from its joining its cultural accommodation to its stress on unity among Bible-believing Christians. One of the great strengths of evangelicalism was its “unitive impulse.” Evangelicalism seemed able to bring together Christians of very different traditions and theologies by stressing what they had in common and assuring them that all could maintain their distinctives. But while the rhetoric of evangelicalism claimed respect for theological distinctives, the evangelical reality communicated in a variety of subtle and non-subtle ways that distinctives were unnecessary at best and destructive of Christian vitality, mission and unity at worst. It drew many Christians in America away from the roots of their traditions.

It is interesting to note that most Lutherans in this country resisted being drawn into the evangelical orbit at least in part because they did not want to see their distinctives of theology and worship compromised. Many Pentecostals have similarly had an ambivalent relationship to the evangelical movement. Many of the Reformed in America, by contrast, have been much more involved in and influenced by the evangelicalism.

The failure to turn to Calvinism is understandable because contemporary Calvinism is not very robust or balanced. Its strength has been sapped by its accommodations with evangelicalism. Calvinism has produced some outstanding theologians in the twentieth-century, but Calvinist piety, evangelism, worship and social vision have fallen on hard times. Most Calvinists as well as evangelicals need to consider again a fully Calvinist option as the purest form of Christianity and the best antidote to modem relativism.

Dr. Godfrey, an ordained minister in the Christian Reformed Church, is president of Westminster Theological Seminary in Escondido, CA.