In our discussion last month we tried to establish some concrete standards of judgment for that subjective art called music as it applies particularly to the church, the body and bride of Christ. But the exercise of our priestly office as believers would be incomplete were we to neglect so important an aspect of church music as the words which comprise our songs, the offerings of praise to our God.

With the constant appearance of new translations and paraphrases of Scripture, some of them good, others not so good, many of them couched in colorful covers with catchy titles, no one will dispute the fact that in this day we are witnessing a renewed interest not only in the Word of God but also in the spread of that Word in a form which speaks intelligently to the people of our day.

Paralleling this trend is a chorus of those who also express discontent with the language of the traditional psalmody and hymnody of the church. 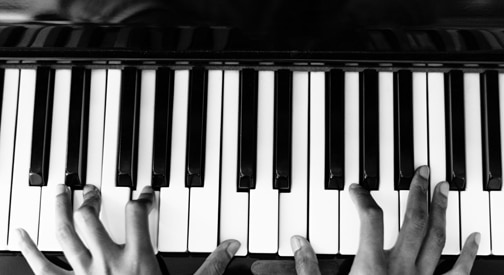 With this in mind, it is appropriate that we begin our discussion by stating what: we are not including in our attempt to uncover standards of judgment as they pertain to the word content of our songs.

First, we are not addressing ourselves to the complaints of those who react against the altering of “ye” and “thee,” of “beseeches” and “vouchsafes” in the hymnals. We must acknowledge that meanings and usages of words do change over the years and as responsible members of Christ’s church we may be sensitive to this. History tells us that James II described st. Paul’s Cathedral in London as “amusing,” “awful” and “artificial.” But he did not offend the architect, Sir Christopher Wren. King James II simply meant that Wren’s work was “pleasing,” “awe-inspiring” and “skillfully constructed.”

Second, we are not addressing ourselves to the complaints of those (and their number is legion) who react negatively to the use of the words sin, grace, sacrifice, salvation, judgment, God, eternal life or any such doctrinal terms. Such people are contesting not words, but concepts, truths, doctrines if you will, which are fundamental to an understanding and acceptance of the Christian faith itself. The tragedy reflected in complaints of this sort, is more often than not, a weak pulpit ministry in the lives and backgrounds of such people. There the: rich content of these doctrinal words has never been faithfully expounded. The rich grace of God, assurance of sin forgiven on the merits of the sacrifice of Jesus Christ alone, and the promise of eternal life has never been experienced. Thus the doctrinal words of the hymnal line up before these people like so many tombstones of a dead theology in a graveyard called the church. Is it any wonder then that people are turning to exotic, hypnotic, charismatic forms of worship? Paul says in Romans 10:2: “For I bear them record that they have a zeal but not according to knowledge.”

What we are addressing today is the word-content for the texts of the songs we select for congregational singing, choir anthems, preludes, offertories and postludes. This word-content can be divided into three categories.

The first category of song is the most authentic because its text (words) conveys almost verbatim the text of Scripture itself. Can there be purer songs than those whose text is inspired by the Holy Spirit Himself? They are the purest form of religious art. They, together with the rest of the Bible, are the only body of revealed art we know. The Book of Psalms comprises the bulk of this hymnody (called psalmody), but there are many songs taken from other portions of Scripture as well. Dr. Isaac Watts (1674–1748) maintained that the metrical Psalm in English could not be the pure Word of God, because the arrangement of rhythm and rhyme make a really faithful rendering of the Hebrew in English an impossibility. But history has proved that most existing psalmody is, in fact, faithful to the text of Scripture itself.

The second category of song bases its contents on the direct and sound teaching of Scripture, even to the pinpointing of Biblical chapter and verse, while at the same time not using the text of the Scriptures verbatim. Many denominational hymnals contain an “Index of Scriptural References in Hymns” which will give the number of the hymn together with the passage of Scripture upon which it is based. One example of this is the “Gloria Patri” based on Revelation 1:4–8. And there are hundreds more.

The third category of song bases its content not upon the verbatim rendition of Scripture or the direct teaching of Scripture, but upon personal experience of religion, the subjective response to religion, the “I” instead of the “Thou.” Here we have a shaky foundation, often based largely on emotion tending strongly to mysticism, ambiguity, repetition, often void of doctrinal purity and lacking in a deep consciousness of sin and an awareness of the holiness of God. Certainly the Christian may sing of his/her inner experience, but it must always be a song of praise directed to God for who He is and what He has done, for whatever He chooses to send in our lives, be it pain, sorrow and disappointment or joy, love and peace, knowing that He does all things well.

The standard by which we must determine the suitability of the word-content of any spiritual song is as simple as this: Does it direct us to God or to ourselves? In these days, the church must sharpen her critical faculties which in some quarters have laid dormant for decades. It must ward off the wooing of those writers, arrangers and performers who appeal primarily to the imaginations, feelings and self-centeredness of too many well-meaning Christians. They are mutilating and muzzling the true message of the church which is — to God alone be glory for all He has done.