In this issue of The Outlook we present a brief but provocative compilation of “windows” on the impact which television is having on our culture.

Each piece makes its own contribution to the discussion. Each piece lays the blame for this blight either on the television industry itself or on the parents who allow (either by negligence, or precept, or example) their children to be molded by this menace.

The truth is that both are to blame. The television industry is an unbridled monster with many faces. One face is that of the proverbial “bull in a china shop.” It roars into people’s lives with outrageous violence, tearing up Judeo-Christian values which have been carefully taught by the Bible, trampling out sensitivities to love, fidelity, respect for God, for authority which comes from God, for others and yes, even for oneself and one’s own offspring.

Another face is that of the “wolf in sheep’s clothing.” It poses before the public in a variety of garb: sometimes it’s metal; sometimes it’s scantily clad human flesh; sometimes it’s intoxicating liquid in gleaming glasses—always luring the viewers to gratification without true fulfillment, to enjoyment of the “good life” without responsibility.

Another face is that of an “angel of light,” in soft and seductive strains proclaiming “true love” but peddling cheap sex, infidelity, temporal and eternal ruin. It calls black, white and white, black. It paints a rainbow around perversion and hangs a halo over misplaced desire. Its slippery sleaze leads to death (Proverbs 6:20–35).

But parents bear the bigger blame. They have the command and the authority to turn the knob OFF. They have the responsibility of BEING THERE for their children so that Mr. T. Vee doesn’t fill the role of surrogate parent in lonely children’s lives. They are under God’s orders to model self-control in their own watching habits and their use of God-given time (Matthew 18:2–6). 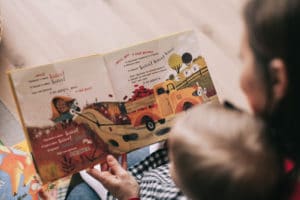 As a pastor’s wife and Christian school teacher, I have been closely connected with children of Christian parents. I admit to being stunned too often by what some professing Christians are modeling and allowing in their families. It helps to explain why the statistics for premarital sex activity between “Christian” adolescents and young adults is only slightly lower than that for non-Christian adolescents and young adults. And the scariest thing of all is that so many of these “almost adult” children seem either ignorant about or calloused to the fact that sex outside of marriage (either fornication or adultery) is—SIN. Moms and Dads, I plead with you to WALK YOUR TALK.

All fellow Christians, I urge you to support with your time and money, every effort being made to clean up the television industry. The future of society and the eternal welfare of your own descendants depends on it.