My calling is to missions, and my passion is missions. I don’t consider myself an expert in missions, not having any sort of degree in missiology. However, I have twenty-seven years of experience in foreign missions, and have served in a number of areas in missions, and under two different denominations. I would like to offer some ideas and personal reflections regarding the deployment of foreign missionaries. Some of these ideas might apply to church planters in the home country as well, but my thoughts are mostly turned toward missionaries sent to another country.

Inherited Practices That Became the Norm

Many congregations I’m familiar with have continued without questioning a practice that evolved over time. I grew up in the Christian Reformed Church and am somewhat familiar with its history. As I understand the CRC, its giving in the early to middle part of the last century was almost exclusively to the denominational causes: Calvin Seminary and college, World Missions, Back to God Hour, CRWRC (later), and often to the local Christian school. A couple of colleges were added later on, but I believe that well into the 1970s giving to the denominational causes predominated the giving schedule. But a gradual shift was occurring. Local congregations began adding more and more causes to their offering schedule, many of them non-CRC efforts. The cause of this? It is hard to be precise. But certainly two conditions helped this shift take place. The general CRC population became more affluent, and North American individualism took its toll. Denominational loyalty declined, and each congregation began making its own decisions about which causes to support. When I served under CRC World Missions in the mid 1980s, there was still plenty of money available from quotas. But by the 1990s missionaries were required to raise commitments for 50 percent of their expenses before being sent to the field. I remember one colleague was held back from returning to the field for lack of funding commitments. It isn’t that there was less money in the churches. It simply was being designated to other causes. The problem was that there were no coherent criteria for giving. Denominational loyalty in giving had been replaced by an unfocused chaos.

The United Reformed Churches inherited this denominational disloyalty in huge doses. It also inherited the incoherent chaos in criteria for giving. As URC congregations formed, many simply took over the same causes, or added and subtracted, but with no intentional plans or criteria for their giving causes. Distrust of any centralized denominational cause only exacerbated the chaos. Congregations refused to make much of an effort to see what federational causes there might be. No one would be told what to do by any other church. A fairly radical independentism did not produce a coherent vision for giving. Ironically, many URC folks thought they were continuing faithful to the early CRC vision for ministry. But at least in the area of missions, this could not be further from the truth. A small and somewhat poor CRC of the mid-1900s had a much more coherent mission vision than the URC has today. In reality, the URC has inherited the late CRC practice, influenced by individualism and disunity.

It is my opinion that many URC people have seriously misread the CRC situation in blaming bureaucracy and centralization as main culprits of the denomination’s problems. There certainly was bureaucracy and centralization, but these were vain attempts by relatively few people to stem the tide of individualism and chaos that had already permeated most in the denomination. Unwittingly, the URC made two of the real culprits (individualism and chaos) into the new savior!

In order to fulfill their calling, URC missionaries have been forced in some cases into the role of a “faith missionary,” completely responsible for raising support for their ministry. Such a manner of fulfilling the missionary task has certainly not been part of our Reformed heritage.

Local URC congregations should ask themselves “What guides our giving schedule?” Deacons should have a clear idea of the criteria used for putting a given cause on the offering schedule. Local consistories should discuss whether their practice simply carries on an inherited individualism and confusion or whether there is a deliberate focus on ministry with like-minded brothers. There are some consistories that have recognized the need for clear criteria for giving and have attempted to draw up guidelines for themselves. These efforts might be useful for other congregations (see end of article for an example). 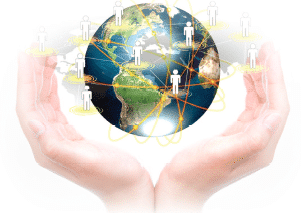 What Qualities Should a Church Require in a Missionary?

The specific nature of a mission call can vary as much as there are places and people in this world. Hopefully a church will match their missionary as much as possible to the specific place he will minister in. I believe there are some general qualities, however, that all missionaries should evidence in order to fulfill their calling effectively.

1) Spiritual and Personal Maturity. The most casual review of missions will show you that the mission field is strewn with a high number of wounded soldiers. Spiritual, emotional, familial, and marital difficulties are common. A sending church must do all possible to ensure itself that its missionaries are mature people in their own personal lives, and especially in their spiritual walk with the Lord. References should be sought out, and any suspected area should be addressed before sending them abroad.

2) Capability in the Area to Which He Is Called. If a missionary is to be sent out to do church planting, for instance, a sending church should know whether its missionary is capable in this area. I have seen many church planters deployed who have never had any experience in a church plant. Others are sent to teach but have limited abilities in teaching. God has certainly used all kinds of people in his kingdom, but the church has a responsibility to do its best in confirming both an internal and external call.

This particular aspect is doubly important. First, both church and missionary will experience frustration when unrealistic expectations are not met. Frustration does not produce a healthy mission endeavor. Second, if inability is accompanied by any level of arrogance or an attitude of superiority (sometimes found in North Americans), it simply brings shame to the gospel and the church. People in other countries may not be Christians, but they aren’t stupid. Lack of capability combined with arrogance has done great damage to the gospel and to the cause of missions.

3) A Measure of Independence, Self- Motivation and Organizational Skills. The mission field presents a different modus operandi from a local church pastorate. In many circumstances, the missionary must be able to operate on his own or with a small team, setting goals and pursuing them in the context of challenges that differ from those at home. This requires a significant level of self motivation and discipline, as well as independence. Without these qualities, a missionary could exert much unfocused energy or become depressed or discouraged in finding himself without the companionship and support that a local consistory lends. Sending churches should look specifically for missionaries who give evidence they can both survive and work in a setting very different from home. This goes, of course, for the wife and family as well.

If a sending church can assure itself that the above qualities are present in their missionary, then they should send him with their full confidence. Any desire to micromanage the missionary’s work should be dispensed with. There is nothing more detrimental to a dynamic and creative ministry in missions than a lack of confidence or the attempt to micromanage from thousands of miles away. It has been a blessing to count on my sending consistory’s support in my own experience. A missionary faces enough difficulties without having the burden of his home church evidencing suspicion regarding his work.

What Should the Sending Church Expect from Their Missionary?

Particularly in relation to national churches, this process is important. Many North American sending bodies have violated biblical principles of church government, usually because they “pay the piper.” But the world’s practice of “he who pays the piper calls the tune” should not be used to justify any form of disrespect for Christ’s church, when brothers covenant together for kingdom work. In reflecting specifically on the URC ethos, it is well known that many people withheld quotas in the CRC for many years in protest to denominational trends. Today in missions the all-too-ready use of the “money club” could be a temptation, even when scriptural warrant is lacking. When North Americans don’t happen to like what a national church does, there is a temptation to “put the squeeze on” through the use of the financial boycott. Personally, I can’t find scriptural warrant for soiling a brotherly covenant by employing the strong-arm tactics of financial manipulation. Much bad testimony has been given in this regard on the mission field, and both sending church and missionary should give special attention to the details of relationships.

2) The missionary should give a work update or report as agreed upon with his sending church.

3) The missionary should give an evaluation at the end of the year of progress made. Input could be received from those he works with as well.

What Should the Missionary Expect from His Sending Church?

The sending church should carry out periodic visits in person to the field, with the goal of understanding firsthand their mission work. A questionnaire could be developed to help with this process.

The sending church should commit to actively providing support in the following areas: Specific and Concrete Prayer for the Work. Someone from the congregation could be designated to gather prayer and praise requests, and these should be made known publicly for prayer in the church services as well as for individual prayer support (through a prayer chain or other means).

Financial Support. If the sending congregation cannot fully support the missionary financially, there should be a clear commitment to advocating the cause before other congregations, and proactively seeking sufficient funding. Lack of financial support creates severe pressure for a missionary, who is helpless on the field, separated by large distances from his support base.

Sending churches should remember that while visits back home are a necessary part of a missionary’s service, they are not his first calling. Every church would like frequent visits from their missionary, but the more frequent the visits, the less work carried out on the field. Visits home should be reinforcement visits, not fund-raising visits. There is a huge difference. Anyone who has had to “sell” his or her ministry knows the difficulty of fund-raising! The sending church can help balance this relationship and provide the necessary home support for the missionary, so that his support level is maintained and so that he can work without undue pressures.

Criteria for Giving—the Escondido United Reformed Church is one example of a congregation that has drawn up specific criteria that are used for evaluating every cause that will be supported by the church. Various criteria are given greater or lesser weight. A request for support is run through this grid, and an evaluation can be made. To obtain a copy, write office@escondidourc.org

Rev. Bill Green is a missionary in Costa Rica with the United Reformed Churches.