In the last article, I suggested a variety of ways in which ministry to those in nursing homes could be made more significant, more exciting and more profitable.

In this one, I want to direct your thinking to your care of the retirees in the life of the church. Some of those who read these words live in Florida or Arizona or South Texas where the annual influx of “snowbirds” radically changes the life of the local church. These kinds of churches must make aggressive plans for the care of the retirees. Their physical presence demands much. In many other churches (for example, in the Midwest), the presence of retirees is more or less taken for granted. Since they have (supposedly) more time on their hands, they are put on a few more committees. But nothing else changes much. No real creative thinking goes into the changing pastoral needs of “senior citizens”; even less goes into specific pastoral plans for the care of these members of Christ’s body. 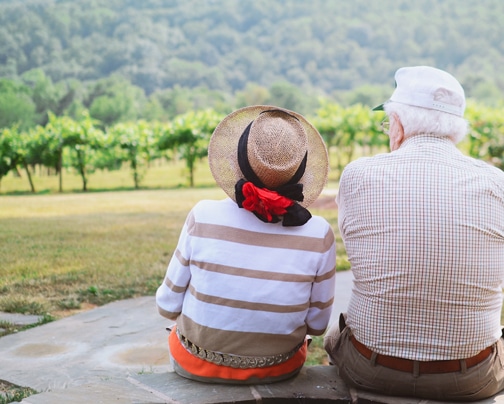 Before going further into an analysis about how and why pastoral needs for retirees change, I want to spend just a moment looking at where “retirement” came from. After all, people used to work till they died, or were otherwise incapacitated.

Secular views of work come into play here. In the ancient Greek world, work was considered demeaning, an unfortunate necessity, but considerably less valuable than, for example, thinking, philosophizing, exchanging ideas. (Consider Acts 17:21 for an insight into such a lifestyle.) The dividing of life into “body/soul” distinctions, and the elevating of the “soul” over the “body” led to the denigration of work and the glorification of “soul activities” like thinking. (You might recognize some of that in our own Christian world. How many folks don’t really think that “devotions” are more important than “work.” Actually, both are an important part of our service to God. They may not be played off against each other! Read Col. 3:16.)

In modern times, the Industrial Revolution changed everything. As work conditions deteriorated (think of the reasons for child labor laws-little kids working 14–16 hours per day in dingy factories), and the Union movement raised its head in defense of the worker, life was again divided into pieces. If not as self-consciously divided into the body/soul dualism of the Greeks, the new divisions seem to be as rigid: “worker” vs. “management,” “workdays” vs. “weekends,” or “work years” vs. “retirement years,” guaranteed “vacation days” set in stone, and in the labor contract, assuring all that no one need work too much. The bottom line is that work was again viewed as an ugly necessity, made tolerable only by the pleasures of holidays, weekends and extended vacation trips, and the thought that the union beat management out of enough concessions in the current contract to gloat.

RETIREMENT: A TIME FOR POTENTIAL PROBLEMS

Such changes in the basic understanding of life (away from viewing work as the meaning of life, to viewing work as a necessary evil, only tolerable when broken up by vacations, and all pointing to the glorious lime of life when we won’t need to work again—retirement!) never occur within our culture without significant consequences for all. So too here. I’ll never forget the four summers I spent working in a steel mill on the south side of Chicago. I learned a lot of lessons about work. (I learned, for example, what the curse of God upon Adam in Genesis 3 was all about. Work itself is no curse, but when that work becomes unfulfilling toil, that is accursed beyond description! Boy, do many factory workers struggle with the curse!) I also learned many lessons about life in general . One I’ll never forget was learned from a black man known as “Castro” (I think his real name was Emmit Pearson, but he was such a Union radical that “Castro” seemed to fit better). Castro couldn’t wait to retire. He despised the mill, disliked most of the people he was forced to work with, loathed the management, sneered at the college-kid peons who worked as much as they could in the summertime, and only worked because it fed his family. Retirement, about which he talked incessantly, would bring him peace and quiet, rest, relaxation. He could do what he had always wanted to do (whatever that was), and no whistles would interrupt his reverie. Retirement would be the answer to all his hassles.

By the next summer, Castro was retired, and I was back in the mill. I couldn’t believe my eyes, one hot and steamy day. There was Castro, strolling slowly through the hot mill, visiting with laborers, skilled workers, even foremen and superintendents. He remembered me, and we stood and talked. The poor man was a shadow of his former self. He was miserable. He missed work, and all his “friends.” He’d come back tomorrow if he could.

Retirement for Castro was not what he had anticipated it to be. For most people, the retirement years bring added problems that they hadn’t expected, for which they are ill-prepared, and about which the church (and especially the elders and deacons) haven’t thought much. Consider these.

Retirement can be a time of growing stress.

On the one hand, retirement brings about a significant change of routine. I wish I had a nickel for every time a wife told me that she was going nuts because her recently retired husband was “always under foot.” Both for husbands and wives, retirement brings a radical change of schedule. Some handle it better than others; none can deny it affects them. Statistics reveal that divorce is a significantly greater occurrence at age 65 than at 61.

Add to that the simple physical stresses of getting older. Just at the time of life when you expect to have time to do so much more, you find your prostate gland is acting up, or you need your veins stripped, or you begin to notice aches and pains you never had before. It gets old, and you begin to wonder if you’ll end up in a wheelchair or in a nursing home some day. That’s tough.

And, the possibility of facing all that emptiness alone, because of the death of a spouse and life’s partner, is a stress that more and more people tell me consumes far too much of their thoughts. I remember one woman who cried for a week after her husband retired. She was convinced he wouldn’t handle retirement well, that he’d have a heart attack or a stroke, and that she wouldn’t handle being a widow very well. I knew him, and the sad thing is that she was probably right!

Retirement can be a time of confusion.

For most of an adult’s life, his/her identity is wrapped up in work. “I’m John and I’m a minister.” Now why don’t we say, “I’m John and I’m a husband,” or “I’m a father,” or “I’m an exercise freak,” or “I’m one of the world’s leading experts on Northern Italian cuisine—eating it, that is”? Well, part of the reason is that God put us on the earth to work: to cultivate, to till that part of the “garden” in which we live. We Reformed people have always had a high view of our work as vocation, as calling from God, as possessing dignity and worth. Dr. Lester De Koster, occasional contributor to this magazine, has written a book reflecting such a view. He entitled it, Work, the Meaning of your Life. He’s right!

But take that work away, either by losing one’s job or by retirement, and many become understandably depressed, frustrated, confused. It’s more than just having more time on their hands. It’s an identity crisis! What do you say? “I was a draftsman”? That doesn’t seem right. But neither does, “I’m retired.” That implies you do nothing, and I sure hope that isn’t true!

Retirement can be a time of temptation.

For some, the retirement years become years of indulgence. They labored and prospered for years. Now they figure, they’ll spend it. I’ve seen folks who hit 65 (or 62, or 55, or whatever age retirement comes these days) and act like the Prodigal Son. Off they go, traveling, spending, even carousing, with seemingly no restraint, no sense of the seriousness of life lived before God. Perhaps you’ve seen the poor attempt at humor on their bumper sticker: “We’re spending our children’s inheritance.”

Pastorally, my point in highlighting some of these problems is to awaken in you, as elders and deacons, a sense of understanding of the dimensions of the problem we face as a church in such an age. You see, in the Kingdom of God, there is no retirement! People may change the source of most of their financial resources, and they may even change the location in which they are called to give God service with their gifts and talents. But they do not retire. There is no celebratory luncheon, and God does not give gold watches. He demands and expects life-long service.

How you can deliver that message, and convince God’s people under your care of their duty in “retirement” to vocation, not vacation, will occupy the next article in this series. Stay tuned.

Dr. Sittema is the pastor of the Bethel CRC, Dallas, TX.