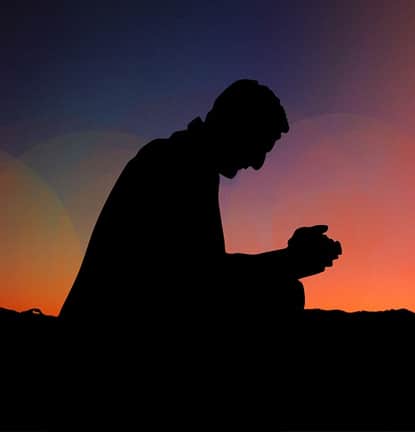 Humility has been set forth as the prime virtue of the Christian. To be small in our own sight, to esteem the other to be more excellent than ourselves—such is Christian humility. This blessed virtue is taught only in the school of Christ, where every lesson extols the greatness of God, and reveals us to be but dust and ashes.

One great cause of all trouble among us is the lack of proper humility. We are like the disciples who quarreled among themselves as to which of them should be greatest in the Kingdom. Like them we need to be set straight by the Master as he places a child in their midst and says, “Whosoever shall receive this little child in my name receiveth me: and whosoever shall receive me receiveth him that sent me: for he that is least among you all, the same is great” ( Luke 9:48, italics added). It is the same Jesus who takes a basin of water and washes the feet of his disciples, manifesting his willingness to do a slave’s work in behalf of his friends. But the disciples are stricken with the dread disease of pride. They cannot understand true greatness.

Thus it was with the Corinthians also. There were great gifts among them: gifts of healing, of prophecy, of strange tongues. Resulting from all this came inflation at its worst, a puffed up pride. Seemingly the graces of the Spirit of Christ—“love, joy, peace, long-suffering, kindness, goodness, faithfulness, meekness, self-control” (Gal. 5:22, 23)—were lacking. They would each of them have the preeminence. They even considered Paul to be of minor significance, doubting his apostleship.

What a lesson is I Corinthians 13! The Corinthians were sure that they knew a great deal. Paul urges them to remember that we know but in part, and that even that small part which we do know is going to fall away when perfection comes. Like a pair of crutches is our current knowledge, necessary while we cripple through this life, but to be discarded when no longer useful. Why pride yourselves in it?

Children are interesting to observe because they appear just as they are. They talk like children. They think like children. But when they mature they must put away childish things. How sad, however, it is to see a man fully developed physically still talking and thinking and playing like a child. Spiritually the Corinthians were acting in such a foolish fashion. Playing off their favorites (Paul, Apollos, Cepbas) against each other, they were by-passing the real issue.

Well, what about you, and what about me—some 2000 years after Paul? Still we see through a mirror, darkly. One might have a slightly larger mental capacity than another, but let us never forget that the most brilliant knows but in part. And even that part will be taken away when perfection, the new heavens and the new earth, arrives. Such considerations should keep us humble!

The Rev. John De Jong is pastor of the Christian Reformed Church at Brandon, Manitoba, Canada.