Thomas Vanden Heuvel wrote this article in 1971 when denominational loyalty was beginning to replace loyalty to our God and the Word He has given as authoritative for doctrine and life.

Every group becomes its own establishment with a code of conduct, a mode of dress, an accepted jargon, and an unspoken oath of loyalty exacted from all its members. All of us are part of one establishment or another.

Harry Blamires in his book, The Christian Mind, suggests that the problem of loyalty is the key problem of our age. He quotes Bertrand Russell who is reputed to have said: “Loyalty is always evil.” Now this is obviously an exaggeration, but it makes a valid point. Blamires suggests: “Loyalty may be said to be evil in the sense that, if any action is defended on the grounds of loyalty alone, it is defended on no rational grounds at all.” He says: “One can therefore say that whenever the virtue of loyalty is quoted as the prime motive or basis for action, one has the strongest reason for suspecting that support is being sought for a bad cause.”

But loyalty is crucial for the survival of any establishment. The establishment in the Kremlin must force loyalty by squelching every negative voice. The press must be controlled so that only the loyal line prevails.

The kind of people the establishment produces are “company people.” The most notorious “establishment man” in the twentieth century was Adolph Eichmann. He kept the system going. He didn’t try to rock the boat. He asked no embarrassing questions. He had a job to do and he did it. He was “loyal.” Principles were not his concern. He was the ultimate “company man.” 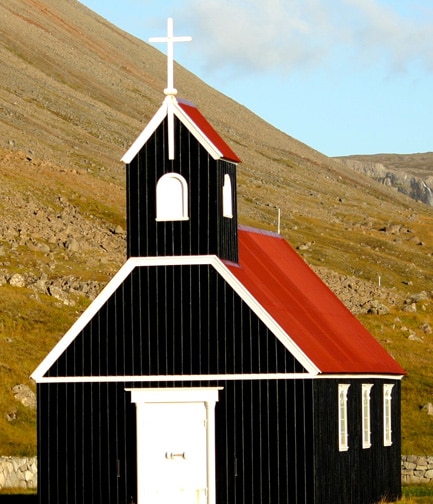 Blind loyalty does great damage to one’s moral fiber because it fosters dishonesty. It says in effect: “The establishment is right. Don’t ask questions. Don’t raise any controversy.”

Jeremiah ran into this kind of situation when he wrote the Word of God on the roll for all Israel and Judah to hear. When this roll was read before the king, that monarch took out his pen knife and cut each page at a time and threw it into the fire. He wanted only the “loyalist” message. He wanted a prophet who would tell him only what he wanted to hear. “Preach to me smooth things, not things that make me uncomfortable.”

But Jeremiah was not a “company man.” He was part of a Higher Establishment. His commission came from the Only One who can claim total allegiance. In His call to Jeremiah, God said: “I have set thee over the nations and over the kingdoms to root out, and pull down, and to destroy, and to throw down, to build, and to plant.” This is not exactly a “loyalty” mandate. This mandate brought only trouble for Jeremiah. But disobedience to it would have brought him greater trouble with his Sender.

Preachers today have the same experience. Let the modern Jeremiahs zero in on the sins of middle-class, affluent America, and they will incur the same scorn. Let them expose racism in the community or make some close application of biblical truth to problems in personal ethics; suggest that the call to holiness involves separation from worldliness in all its forms, including most commercial offerings from Hollywood; that love to one’s neighbor involves being willing to have anyone who confesses Christ to be a member of the church; that obedience to Jesus involves chastity before marriage; or that being a Christian has concrete relevance for labor and politiCS and then there will be a reaction like the king to Jeremiah. The words will not be literally cut up by a penknife, but at coffee-time his words will be cut up and thrownl to the wind.

The loyalists look with contempt at the critics. There is no time for these people who insist on relating principles to practice, end to means, purpose to process, goal to route. All they do is cause trouble. This is why Ahab and Jezebel hated Elijah. He dared to tell the truth. The establishment was threatened. Ahab called Elijah the “troubler of Israel.” John the Baptist was beheaded for the same reason. He confronted the establishment with the charge of adultery and was liquidated.

A Christian bound to such an establishment is drawn into a compromise. Who can fail to see the tightrope Nicodemus had to walk within the Jewish community? He had to see Jesus in secret for fear of the establishment. How many are there in our churches like Nicodemus? They want to have the public recognize them as denominational loyalists. They don’t want to ask embarrassing questions. They don’t want to “rock the boat.” They want to be in the good favor of the establishment while in their heart they know all is not well. Because of their compromising position they are silent. In their heart they know better, but for the sake of the establishment and their own prestige in it, they conform to the party line.

God helped Jeremiah over this hurdle. When Jeremiah said: “Ah, Lord God, I cannot speak, for I am a child,” the Lord said to him: “Say not, I am a child, for thou shalt go to all that I shall send thee, and whatsoever I command thee, thou shalt say. Be not afraid of their faces, for I am with thee to deliver thee, saith the Lord.”

Jeremiah was called to unflinching loyalty to the Lord. This was the loyalty oath to the only Establishment which can claim absolute allegiance. The Psalmist in Psalm 110:3 summarizes the loyalty oath so well: “Thy people offer themselves willingly in the day of thy power, in holy array; out of the womb ofthe morning thou hast the dew ofthy youth.” This is the true loyalist.

The Key to True Loyalty

The key to this kind of loyalty is found in who the people are. “Thy people” shall be willing. They belong to the Lord. They are new creatures in Christ. Their willingness is born out of that relationship. The party line is the mind of Christ. To the tightrope-walking Nicodemus Jesus said: “You must be born again.” The Establishment of Christ is His Kingdom. “The day of His power” is its commencement. That day dawned with the coming of Christ. This establishment shall fill the whole earth. It must be made concrete in all of life.

The clothing of those in Christ’s Establishment is holiness. They shall offer themselves willingly “in holy array” and in the “beauty of holiness.” Paul calls all the followers of Jesus Christ to put on that kind of clothing in Colossians 3:12–14: “Put on therefore as God’s elect, holy and beloved, a heart of compassion, kindness, lowliness, meekness, longsuffering, forbearing one another; if any man have a complaint against any, even as the Lord forgave so also do ye; and above all these things put on love, which is the bond of perfectness.” This is the peace symbol. This is the dress of the Establishment. Here is where the action is.

The success of this Establishment is described as “dew.” Dew brings out the best from the earth, the most beautiful flowers and the most productive fields. God’s people are the salt of the earth. They are the light of the world. They are as dew on the earth.

This is the only Establishment which really can claim our total loyalty. Every other human establishment, including the institutional church, must bow before the Establishment of Christ Jesus. When there is a conflict between the two, the obligation is clear. We offer ourselves willingly to Him. All other establishments too must be evaluated by the Word of God, the only infallible rule for faith and life. Preaching from this kind of allegiance is the calling of every minister of Christ. A conscious loyalty to Christ’s establishment will transform a dull religious exercise into an exciting, meaningful Christian life style.