Candidates for the ministry often have a tendency to push an agenda of their own making. They are going to fix what they think is wrong with the church. One almost gets the impression that the church has been waiting for exactly this moment when at last they are going have things set straight.

In his book, Daylight, Rev. Kuyvenhoven speaks from experience. As a candidate for ministry, Rev. Kuyvenhoven preached his classical sermon before the delegates of classis. In it, he had “some incisive things to say (he thought) about weaknesses in the church.” He was going to give it to them (the church members). An older minister took exception to some of the things the candidate said. But the candidate stood his ground and thought he won the debate. The minister’s parting words were: “As long as you know that we must preach comfort.” Kuyvenhoven said those words never left him. “He (the minister) won the debate.”

Those are words every candidate has to hear. We must preach comfort to God’s people (Cf. Lord’s Day 1 of the Heidelberg Catechism). Yes, there are plenty of weaknesses in the church but we are not going to solve them all. We are not to condemn, but to comfort (Cf. Isaiah 40:1, 2; John 3:17). The sheep need tender loving care from the shepherd. That includes rebuke and admonition. But it must all be given in the context of love for the sheep. 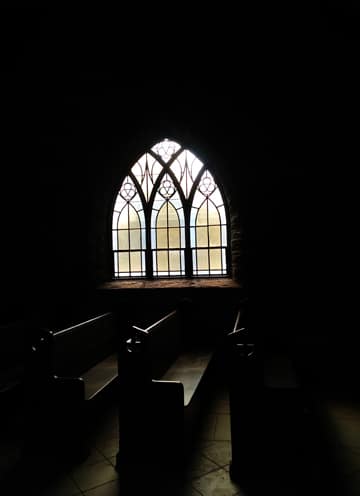 I have known candidates who pushed for radical changes in the order of worship, changes which didn’t sit well with the consistory or the congregation. The results were disastrous for both minister and congregation. All for the sake of an “agenda.” Sad to say, the casualties are often not a few.

To have to preach is one thing, to love those to whom we preach quite another.’ The trouble with some of us is that we love preaching but we are not always careful to make sure that we love the people to whom we are actually preaching. If you lack this element of compassion for the people you will also lack the pathos which is a very vital element in all true preaching. Our Lord looked out upon the multitude and ‘saw them as sheep without a shepherd’, and was ‘filled with compassion’. And if you know nothing of this you should not be in a pulpit, for this is certain to come out in your preaching.

Young ministers ought not to make mountains out of molehills. In their youthful enthusiasm, young ministers have tendency to do that. They can’t wait to set in order that which needs fixing (they think). Later on in their ministry they will come to see that some of those things which once appeared so important to them are actually very minor. Proper balance is a great asset in the ministry. We are not the first to come on the scene with our great wisdom, and we won’t be the last either. Looking at this in the perspective of history has a way of deflating us and our ideals. “Its place remembers it no more,” says the Psalmist. And how true that is. “On that day their plans come to nothing.” (Psalm 103:16b; 146:4b).

So don’t needlessly trouble the congregation with “innovative” liturgical experiments. If changes must take place, they can be done later. Don’t come like a bull in a china shop. Once there is a trust-relationship between minister and congregation, then the time has come to discuss some of these secondary concerns. But by then we will often have come to other conclusions. What we thought were mountains now appear as molehills. We have matured. We have come to see things in a more balanced way.

Thank the Lord for that.

Martyn Lloyd-Jones speaks of another kind of balance: This element of pathos and of emotion is to me a very vital one. It is what has been so seriously lacking in the present century, and perhaps especially among Reformed people. We tend to lose our balance and to become over-intellectual, indeed almost to despise the element of feeling and emotion. We are such learned men, we have such a great grasp of the Truth, that we tend to despise feeling. The common herd, we feel, are emotional and sentimental, but they have no understanding!

A lot of unnecessary problems can be avoided in the church if the minister has a good dose of (sanctified) plain common sense. We must be wise as serpents and innocent as doves (Matth. 10:16). “The fear of the Lord teaches a man wisdom, and humility comes before honor” (Prov. 15:33). “Listen to advice and accept instruction, and in the end you will be wise” (Prov. 19:20). “A man’s wisdom gives him patience; it is to his glory to overlook an offense.” (Prov. 19:11).

A colleague once said to me, “There are more crackpots in the ministry than in any other vocation.” That may be a bit of an overstatement, but we all know of such crackpots. They do untold harm to the church of Christ. Perhaps some of them were pushed into the ministry by a proud mother. Whatever the case may be, they don’t belong in the ministry. Common sense would make that clear. A good character and a balanced personality are essential for the ministry.