There was a time when the average man in the pew hardly knew the meaning of the word “liturgy.” At least not much attention was given to it. Worship services in the Christian Reformed Church were relatively simple and uniform.

All that has changed over the last few decades. “Liturgy” is now the in thing. Since historically we are not “high church,” our “liturgy” is often a flop, and also boring. If we really want to be “liturgical” we should join the high-church: Anglican or the Eastern Orthodox (as Franky Schaeffer has done).

The liturgical nonsense that has characterized the CRC over the last years has contributed not a little to the exodus of members from the CRC. They were sick of all the innovations introduced into the worship services. What a joy not to have to fight with “Worship Committees” anymore. And what a joy to have simple, reverent God-honoring worship services on Sunday. What people often forget is that if you attract people to the church by way of a circus, one will only be able to keep them with a bigger circus. And that isn’t only true for Hybels and Schuller.

One of the early symptoms and concomitants of a new way of looking at worship was the so-called “youth services.” In such a service the entire focus was on youth. Often the young people themselves led various facets of the service. No one asked the question: What is so special about the young people? If they need a special service for themselves, don’t we need a special service for older folks too, and for moms and dads and educated members and non-educated ones too?

No one has addressed this subject better than the late Dr. Martyn Lloyd-Jones in his book Preaching and Preachers.

The whole idea, I say, is utterly ridiculous because on that argument and supposition one could never preach to a mixed general congregation. You would have to have one service for, and one congregation of, the non-intellectuals; then you would have a special service for the intellectuals, and then you would have one, probably, for those who are somewhere in between. Then you might have services for the different ages, then one for the factory workers and one for professional people and so on endlessly, The result would be that you would be dividing up and atomizing your congregation; you would have to be dividing yourself up in this way and your work would be endless. In any case it would be entirely destructive of this great fundamental principle of the New Testament, that we are all one: “There is neither Jew nor Gentile, Barbarian, Scythion, bond nor free, male or female.” I add, there is neither intellectual nor nonintellectual, factory worker, professional man or anything else. We are all one in sin, one in failure, one in hopelessness, one in need of the Lord Jesus Christ and His great Salvation. 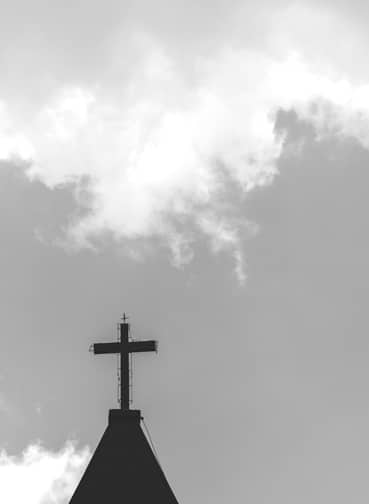 Closely related to the above is the prevalent idea that we must have a special message for the children. They are then called to the front and some one has a “children’s sermon” for them. (Talk about a miniature circus, and you have one here!) It’s part of the idea that children need a “special service” for themselves. It’s called “children’s church.” Either by themselves in the basement, or upstairs at the front. What a way to make clear to them that they are not really a part of the “adult” service upstairs. They have to have “children’s church”. Try to “un-teach” them that when they grow older! What thoroughly un-Reformed nonsense!

Let youth, yea, all the throng Who to Thy Church belong, Unite to swell the Song to Christ Our King, Hither our children bring To shout Thy praise. (#414 Shepherd of Tender Youth)

How strong this pull was to have a children’s message in the service can be seen in the fact that ministers who should have known better capitulated.

A colleague once used this illustration: When we sit down for dinner, we don’t all eat pabulum first (the children’s sermon), and then the regular fare. Of course not. Early on when the rest are eating regular fare, mom breaks little pieces of meat and vegetables and feeds that to junior. Later on he will be able to eat more solid food. We eat together as family, junior included.

In the sixties Mrs. Marianne Radius wrote a children’s book about the work and ministry of Jesus and called it God With Us. A good title. Later on she reprinted this book in paperback and gave it the title: Ninety Story Sermons for Children’s Church. What an awful title! ‘Wir setzen uns mit tranen nieder.’

Listen once more to Lloyd-Jones: The general preaching of the Gospel is applied in particular by the Holy Spirit to the particular cases. Men and women are brought to see their same common fundamental need, and they are converted and regenerated in the same way by the same Spirit. So they mix together in the same Church; and if they feel that they cannot, and do not, well, then they are not regenerated. It just comes to that. If some of them feel that they are being neglected because of their great intellects it shows that there is a fundamental lack of humility in them. They have not been humbled as they should have been. The glory of the Church is that she consists of all these types and kinds and all the possible varieties and variations of humanity; and yet because they all share this common life they are able to participate together and to enjoy the same preaching.

There is no greater fallacy than to think that you need a gospel for special types of people. It is entirely contrary to plain biblical teaching. It is also contradicted completely by what we read in the biographies of all the great preachers such as Whitefleld, Spurgeon and also in the stories of evangelists such as D.L. Moody. They never recognized these false distinctions, and their ministries were blessed to all types intellectual, social etc. of people.

Rev. Jelle Tuininga is an emeritus pastor in the URC. He lives in Lethbridge, Alberta.