In the first years of its existence (roughly a century) the Christian Reformed Church was not characterized by its evangelistic outreach. It had many strengths, some of which we still benefit from today, but evangelism was not one of them. There was a certain introverted spirit among us in those early years. Perhaps you could call it an immigrant mentality. In that sense the call to “burn the wooden shoes” was legitimate. The church is and must be international. I know several ministers and other members who came into the CRC from a non-Dutch background who were a great blessing to the CRC. They appreciated the Reformed heritage of the CRC more than those who grew up with it.

Things have changed during the last number of decades. Evangelism has become a top priority in the CRC. One might even say iit is the top priority. Everything must be geared toward church growth. Remember “Evangelism Thrust” and “400,000 by 2000”? Lots of hype, but little results. 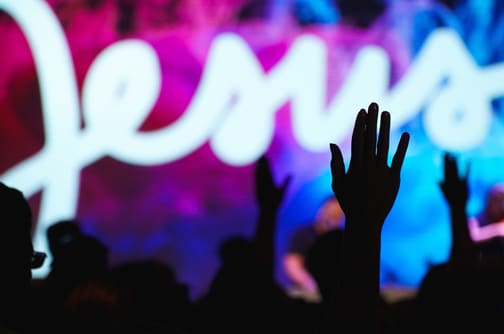 “All he preaches is missions,” said one veteran elder a couple of decades ago. “That’s the first sermon I’ve heard in fifteen years that hasn’t dealt with evangelism,” said another. I think we had a kind of guilty conscience for past performance, and so we went overboard the other way. We wanted to make up for lost time. The desire was good, but we went from the frying pan into the fire.

Reliable polls show that among evangelicals, influence on society is minimal. There are as many divorces among evangelicals as there are in society in general. The same goes for drug abuse and gambling. The late Dr. P. Elderseveld whose preaching on the Back to God Hour had such blessed effects wrote:

But civilization appears to be largely unchanged. The process of spiritual decay has not been arrested. Society has become less Christian and more secular. Morality has sunk to a new low and not only in Chicago where police scandals make the headlines. Our culture is gradually degrading itself with materialism and vice and crime of all kinds. After reviewing the results of his gigantic New York crusade with all of its expenditure and effort Billy Graham is reported to have said that, in retrospect, it looks “like a fly on an elephant’s back.”

How do you explain this phenomenon? We have more Christians but less Christianity than ever before. Thousands of people are saying that they want to be followers of the Way, but evidently they don’t make any real impact upon our way of life. What’s wrong here? Has the gospel lost its power to transform the lives of men? Can it no longer do what it did in Ephesus?

Well, maybe we ought to compare our preaching with the preaching of Paul. Are we preaching the same gospel? Or is it a more liberal gospel, or at least a more popular gospel? Some extremely cynical critics are saying that modern evangelism “looks like the last, desperate, dying gasp of a Christendom which has long ago dug its own theological grave.” Is that true? If it is, then we are not preaching the gospel which Paul preached in Ephesus and then we cannot expect to come to grips with the gods of this modern world ever, though we make ecclesiastical pronouncements on public issues and write learned articles on social problems.

Eldersveld said on another occasion: “This modern concern about the number of converts can have a disastrous effect upon evangelism.” Think of Hybels (Willow Creek) and Schuller (Crystal Cathedral). Is that what we want? Yet the CRC Home Missions has bought into this approach, especially Schuller’s “gospel” which is no gospel at all. It is an extreme form of the Seeker Service mentality.

Here we do well to read to some words from Kuyvenhoven (in Daylight):

The Word of God liberates. However, as soon as it is proclaimed with boldness, the problems multiply. And since the result of Word-proclamation is trouble, people will always be inclined to say to their preachers:

“Take it easy. You are going to cause problems. Don’t rock the boat.” When God’s people as a whole, to whom God has entrusted His message of deliverance, begin to speak that Word with boldness the enemy will be aroused and the burdens will become heavier. If all of us show the courage to speak the Word and live according to that Word at all times and in all places, we must not immediately expect an influx of new members into the church. We must be prepared, first of all, to face the consequences without fear of men or what they can do to us.