Now we come to “the seven lampstands” which are “the seven churches.” How are we to understand this?

Some have maintained that what we have in Revelation 2–3 is seven successive and chronological periods through which the church must pass. In other words, what we have is the history of the church divided into seven sections. Is this the way in which we are to understand the seven letters to the seven churches? William Hendriksen steers us in the right direction when he writes, “The notion that these seven churches describe seven successive periods of Church history hardly needs refutation … It should be clear to every student of the Bible that there is not one atom of evidence in all the sacred writings which in any way corroborates this thoroughly arbitrary method of cutting up the history of the Church and assigning the resulting pieces to the respective epistles of Revelation 2 and 3. The epistles describe conditions which occur not in one par-ticular age of Church history, but again and again.”

The internal evidence also points us in this direction. Near the end of each letter, we find the phrase, “He who has an ear, let him hear what the Spirit says to the churches.” Each letter is relevant for the church universal. We have, then, in Revelation 2–3 a composite picture of the church in the world from the time of Christ’s first coming to the time of His return.

The picture that is given us is a very realistic picture. One commentator has written, “We see no idealized picture but the mixture of faith and unfaith, responsibility and irresponsibility, which always characterize the church in this world.” Another commentator writes: “The seven churches fall into three groups. The first and the last are in danger of losing their very identity as a Christian church. Therefore, they are exhorted to repent in order to prevent their judgment and to inherit the promises …. The churches addressed in the three central letters have to varying degrees some who have remained faithful and others who are compromising with pagan culture …. These churches are exhorted to purge the elements of compromise from their midst in order to avert judgment … and to inherit the promises …. The second and sixth letters are written to churches which have proved themselves faithful and loyal to Christ’s name even in the face of persecu-tion from both Jews and pagans …. They are to endure with the hope that they will inherit the promises of eternal salvation … The significance of this is that the Christian church as whole is perceived as being in poor condition, since not only are the healthy churches in a minority but the churches in the worst condition form the … boundaries of the letters and the churches with serious problems form the very core of the presentation.” 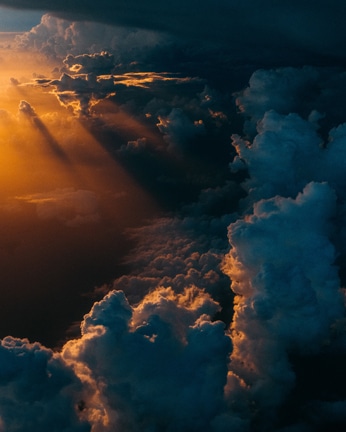 The Judge of the Church

The great question of Revelation 2 and 3 is the great issue presented to us in the seven letters to the seven churches: how is the church to live in the midst of the world?

The Response of the Church

Recall that the church is pictured here in terms of lampstands. The lampstand in the Old Testament tabernacle was lit each evening. It would burn through the darkness of the night. It was a light shining in the darkness. The light that emanated from that lampstand illuminated the way to the Holy of Holies, to the presence of God. That is to be the witness of the Church. She is called to light the way to the presence of God. In the midst of a dark world, the church is called to proclaim Christ as the Light of the World.

The Warning to the Church

These warnings are given to us!

The Promise to the Church

The kingdom of Satan rises against the church. The dangers are real. The persecutions are real. The warnings are real. But so are the promises! Let us hold fast the foundation that is laid in the Word of God – let us hold fast to Christ – keeping our eyes fixed on Him that in Him, we may overcome. And may God grant us grace that we may have ears to hear what the Spirit says to the churches.

Rev. Brian Vos is the pastor of the Trinity United Reformed Church in Caledonia, Michigan. He is also the President of the Board of Reformed Fellowship.