“There is not a square inch in heaven or on earth or under the earth in which there is peace between Christ and Satan.” These were the words that Abraham Kuyper used to describe the warfare that exists between the kingdom of Christ and the kingdom of Satan. It is this battle that we have before us in Revelation 2:12–17, the letter to the church in Pergamos.

“And to the angel of the church in Pergamos write, ‘These things says He who has the sharp two-edged sword: ‘I know your works, and where you dwell, where Satan’s throne is. And you hold fast to My name, and did not deny My faith even in the days in which Antipas was My faithful martyr, who was killed among you, where Satan dwells” (2:12–13).

The City of Pergamos

Pergamos, like Smyrna and Ephesus, was one of the leading cities of the day. In fact, it was the Roman capital of Asia Minor. The governor of Pergamos had “the right of the sword.” He had the right to determine and decide who lived and who died. Bear in mind the fact that Caesar claimed to be god, demanding that his subjects worship him. If a Christian refused to do so, the governor had the right to put that man to death by the sword. Hence, persecution came to the church in Pergamos; we are even told of a certain “Antipas” who was put to death because of his faith in the Lord Jesus Christ. It is with good reason that Pergamos is described as the place of Satan’s throne.

Pergamos is also described as the place where Satan dwells. Many gods were worshiped in Pergamos: Dionysius (whose worship led to great sexual immorality), Aesculapius (who was represented by a serpent that supposedly brought healing), Athena, Demeter, and Zeus. Indeed, Satan had his throne in Pergamos. His dwelling there was abundantly evident: a pantheon of gods, idolatry, false worship, and sexual immorality.

We may conclude, and rightfully so, that Pergamos was a terrible place. But is it really any different from the world in which we live today? Does not Satan have his throne in this world? Does he not dwell in this place? Is not Satan the “ruler of the darkness of this age”? (Ephesians 6:12). Is not Satan the “prince of the power of the air, the spirit who now works in the sons of disobedience”? (Ephesians 2:2). 2 Peter 5:8 tells us that he is like a roaring lion prowling about seeking whom he may devour. His tactics are subtlety and deception; he is the father of lies. Though grotesque, he masquerades as an angel of light. He walks to and fro upon the earth (Job 1:7; 2:2). Satan has his throne here in this present fallen world. 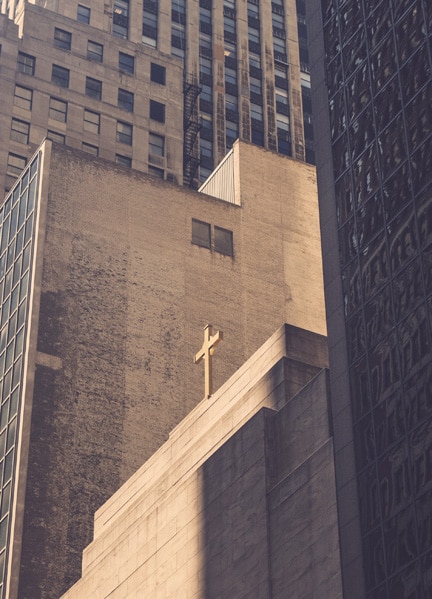 We still do battle with that ancient enemy of our souls. For despite the opposition of the gates of hell, Christ continues to build His Church; the church of Pergamos was living proof. She was commended for holding fast to her faith in the Lord Jesus Christ, and not falling away under the attacks of the devil. She withstood the external pressures to compromise the faith. But a greater danger faced her. The Christians at Pergamos allowed compromise within. They were brave in waging war against the devil in the world, but they were not awake to the dangers of compromising with the devil in the church.

Satan wages war not only in the world, but also in the church. Christ says in verses 14-15, “But I have a few things against you, because you have there those who hold the doctrine of Balaam, who taught Balak to put a stumbling block before the children of Israel, to eat things sacrificed to idols, and to commit sexual immorality. Thus you also have those who hold the doctrine of the Nicolaitans, which thing I hate.”

Remember the story of Balaam?

Though he appears quite righteous in Numbers 22–24, we learn later of the wickedness of his heart. Immediately following his story, we read in Numbers 25, that the children of Israel were enticed to join with the Moabites in sacrificing to their gods, to eat the meat that was sacrificed to their gods, and to engage in sexual immorality. Only later, in Numbers 31, do we learn that Balaam was the one who enticed the Israelites to do so.

Now we read that the church in Pergamos has among it those who hold to the doctrine of Balaam, who taught Balak to put a stumbling block before the children of Israel, to eat things sacrificed to idols, and to commit sexual immorality. Remember Dionysius, who was worshiped in Pergamos? His worship demanded the eating of foods sacrificed to idols, and sexual immorality.

The temptations were great for the Christians in Pergamos to compromise; in fact, there were some within the church itself calling for such compromise. The etymology of the names that are given here provide a warning in and of themselves. The name Nicolaitan comes from two Greek words which literally mean “he overcomes the people.” In rabbinic literature the name Balaam was etymologized to mean “he who consumes the people.” Are not these the wolves that come dressed in sheep’s clothing to devour the flock? There were those among the church in Pergamos that said “a little compromise won’t hurt any at all!” A little compromise here, a little compromise there, and life would be much easier in the world.

It is because the threat is so great that Christ’s warning is equally great: “Repent, or else I will come to you quickly and will fight against them with the sword of My mouth.” How appropriate these words! While the governor of Pergamos may have had the right to the sword, there is a sword that is far greater: it is the sword of Christ’s mouth, the Word of God. The Word is living and powerful, and sharper than any two-edged sword, piercing even to the division of soul and spirit, and of joints and marrow, and is a discerner of the thoughts and intents of the heart (Hebrews 4:12). By that Word Christ separates the true church from the false. He fights against those who belong to the false church with His Word, even separating them from the true church.

While the judgment upon the false church is great, how much greater the blessings that are given to the true church – to those who overcome. “To him who overcomes I will give some of the hidden manna to eat. And I will give him a white stone, and on the stone a new name written which no one knows except him who receives it.”

“There is not a square inch in heaven or on earth or under the earth in which there is peace between Christ and Satan.” These were the words that Abraham Kuyper used to describe the warfare that exists between the kingdom of Christ and the kingdom of Satan. It is this battle that we have before us in Revelation 2:12–17, in the letter to the church in Pergamos.

It is this battle in which we are now engaged! Do you understand the serious nature of that which we have before us, and of that in which we are engaged? There is no neutral ground – not even a square inch. May God make us ever vigilant in the battle, and may He give us grace to hear what the Spirit says to the churches.