In his ground-breaking book, With A Shepherd’s Heart, John Sittema writes the following concerning the state of elders in the church: “Elders today are usually committee members who attend meetings, vote the mind of their constituency, write reports on behalf of subcommittees, and long to finish out a brief but seemingly interminable stint in office so that they may reclaim what they vaguely remember as a ‘free-evening’ with people they resemble and faintly recall as ‘family.’ Conversely, in the Bible, elders are men of God entrusted with weighty and frightening responsibility, assigned by God to give human expression to the heart, the eyes, and the hands of the Good Shepherd, Jesus, as he daily cares for his flock.” 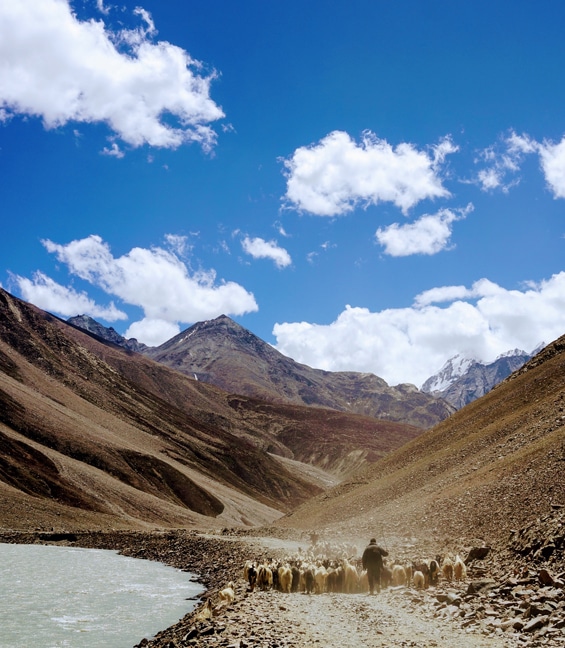 Sittema goes on to ask the question: “Why the gap between text and reality? One could probably point to many causes, but I’ve never found a more accurate assessment than this one. The church today is trying to care for the citizens of the kingdom of heaven using the leadership structures and style of the kingdom of the world. And it doesn’t work….Little Bo Peep lost her sheep and didn’t know where to find them; today’s church has lost her shepherds, and doesn’t know where, how, or why to look. And what’s worse, she doesn’t even care.” It may surprise you, but the book of Revelation provides the corrective as it sets before us the role of Elders in the church.

Another Role for the Elders

Another role of the elders is set before us in Revelation 5:5, namely, the role of teaching. In Revelation 5, John sees in the right hand of the One who sits on the throne a scroll written inside and on the back, sealed with seven seals. The scroll has been identified as being symbolic of the history of redemption. John sees the scroll and then hears the voice of a strong angel crying out, “Who is worthy to open the scroll and to loose its seals?” No one in heaven, or on the earth, or under the earth is able to open the scroll, or to look at it; and so John weeps much. John weeps much because the history of redemption will not be revealed, nor will it be carried out, unless that scroll is opened.

Is not Revelation 5:5 clearly setting before the church the role of the elders in terms of teaching? And is not that role of the elders in teaching confirmed throughout the pages of the New Testament? Consider a few passages. 1 Timothy 3:1-2, “This is a faithful saying: If a man desires the position of a bishop, he desires a good work. A bishop then must be blameless, the husband of one wife, temperate, sober-minded, of good behavior, hospitable, able to teach…”

2 Timothy 2:1–2, “You therefore, my son, be strong in the grace that is in Christ Jesus. And the things that you have heard from me among many witnesses, commit these to faithful men who will be able to teach others.” 2 Timothy 2:23–26, “But avoid foolish and ignorant disputes, knowing that they generate strife. And a servant of the Lord must not quarrel but be gentle to all, able to teach, patient, in humility correcting those who are in opposition, if God perhaps will grant them repentance, so that they may know the truth, and that they may come to their senses and escape the snare of the devil, having been taken captive by him to do his will.”

Titus 1:6–9, “For a bishop must be blameless, as a steward of God, not self-willed, not quick-tempered, not given to wine, not violent, not greedy for money, but hospitable, a lover of what is good, sober-minded, just, holy, self-controlled, holding fast the faithful word as he has been taught, that he may be able, by sound doctrine, both to exhort and convict those who contradict.”

Hebrews 13:7, “Remember those who rule over you, who have spoken the word of God to you, whose faith follow, considering the outcome of their conduct.”

And finally, 1 Peter 5:1–4, “The elders who are among you I exhort, I who am a fellow elder and a witness of the sufferings of Christ, and also a partaker of the glory that will be revealed: Shepherd the flock of God which is among you, serving as overseers, not by compulsion but willingly, not for dishonest gain but eagerly; nor as being lords over those entrusted to you, but being examples to the flock; and when the Chief Shepherd appears, you will receive the crown of glory that does not fade away.” Throughout the New Testament, and especially from the pen of Paul, comes the exhortation to elders: you must be able to teach!

This role of the elders is found in the book of Revelation, as well. “One of the elders said to me…” and again in 7:13–14, where the elders are involved in the role of teaching and instruction. “Then one of the elders answered, saying to me, ‘Who are these arrayed in white robes, and where did they come from?’ And I said to him, ‘Sir, you know.’ So he said to me, ‘These are the ones who come out of the great tribulation, and washed their robes and made them white in the blood of the Lamb.’”

But why in Revelation? Why is the role of the elders in teaching and in instruction emphasized in the book of Revelation?

I remind you once again that the book of Revelation is history—it is church history. It records for us the history of the church in the world from the time of Christ’s first coming to the time of His return. Like each of the seven sections in the book, chapters 4–7, with which we are now dealing, covers this time period. It is the history of the church as she lives between the comings of Christ.

During this time period, the seven seals are being opened. As we shall see in chapters 6–7, the opening of those seven seals leaves us with unsettling and disturbing images: war, injustice, conflict, persecution, murder, death, even the very conflagration of creation itself. Such unsettling and disturbing imagery raises the question: What of the church? What of the people of God? In the midst of all this injustice, conflict, persecution, murder, and death, what of the people of God? What of the church?

Do you begin to understand something of the passion with which Paul must have labored among the elders in Ephesus for three years, warning them day and night?! “Therefore take heed to yourselves and to all the flock, among which the Holy Spirit has made you overseers, to shepherd the church of God which He purchased with His own blood. For I know this, that after my departure savage wolves will come in among you, not sparing the flock. Also from among yourselves men will rise up, speaking perverse things, to draw away the disciples after themselves. Therefore watch, and remember that for three years I did not cease to warn everyone night and day with tears. So now, brethren, I commend you to God and to the word of His grace, which is able to build you up and give you an inheritance among all those who are sanctified.”

Why does Paul emphasize so strongly the work of the elders? Consider Ephesians 4:11–16. The church is to be built up to the unity of the faith and of the knowledge of the Son of God, to a perfect man, to the measure of the stature of the fullness of Christ! God has chosen that work to be done, at least in part, through the office of the elder. That is why we read in Acts 14:23 and Titus 1:5, that elders were appointed in every city.

Is it all becoming clear now? As those unsettling and disturbing images of the seven seals, the seven trumpets, and the seven bowls increase in horror, how shall the church be prepared but through the ministry of elders who have faithfully shepherded the flock to the Good Shepherd, Jesus Christ?!

“Little Bo Peep lost her sheep and didn’t know where to find them; today’s church has lost her shepherds, and doesn’t know where, how, or why to look. And what’s worse, she doesn’t even care.”

Do you care?! Then take the work of your elders seriously. Hold them accountable. Respect them. Honor them. Be submissive to them. “Obey those who rule over you, and be submissive, for they watch out for your souls, as those who must give account. Let them do so with joy and not with grief, for that would be unprofitable for you” (Hebrews 13:17).

Elders, do you care?! Then take your work seriously. You are held accountable by each other, but more importantly, by the Good Shepherd Himself.

May God grant us to see, in the office of the elders, not only the supremacy of Christ, but instruction in the things of Christ, until He comes again.