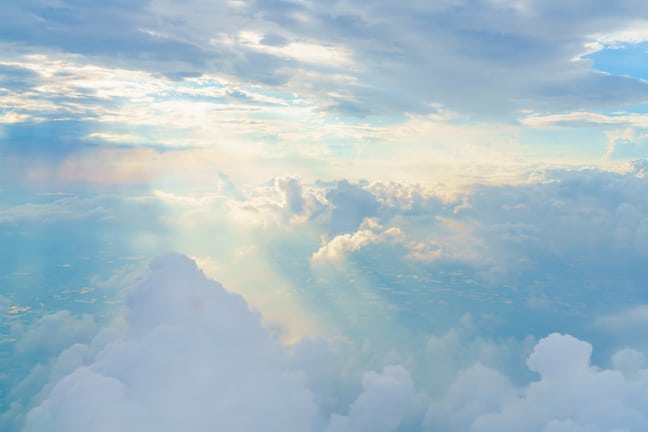 We turn our attention once again, then, to the details of chapter 4, and specifically to verse 4 and the twenty-four elders.

Consider the role of the twenty four elders in the book of Revelation. They are described for us first in 4:4. The first time we find them active in their role is in 4:10, “the twenty-four elders fall down before Him who sits on the throne and worship Him who lives forever and ever, and cast their crowns before the throne saying, ‘You are worthy, O Lord, to receive glory and honor and power; for You created all things, and by Your will they exist and were created.’” The next time we find them is in 5:8, “Now when He had taken the scroll, the four living creatures and the twenty-four elders fell down before the Lamb…” We find them again in 5:11, “Then I looked, and I heard the voice of many angels around the throne, the living creatures, and the elders; and the number of them was ten thousand times ten thousand, and thousands of thousands, saying with a loud voice, ‘Worthy is the Lamb who was slain to receive power and riches and wisdom, and strength and honor and glory and blessing!’” We find them again in 5:14, “Then the four living creatures said, ‘Amen!’ And the twenty-four elders fell down and worshiped Him who lives forever and ever.”

The twenty-four elders appear again in 7:11, “All the angels stood around the throne and the elders and the four living creatures, and fell on their faces before the throne and worshiped God, saying: ‘Amen! Blessing and glory and wisdom, thanksgiving and honor and power and might, be to our God forever and ever. Amen.’” We find them again in 11:16, “And the twenty-four elders who sat before God on their thrones fell on their faces and worshiped God, saying, ‘We give You thanks, O Lord God Almighty, the One who is and who was and who is to come, because You have taken Your great power and reigned…’”

Once more we find the elders in 14:3, “They sang as it were a new song before the throne, before the four living creatures, and the elders; and no one could learn that song except the hundred and forty-four thousand who were redeemed from the earth.” Finally, we find them in 19:4, “And the twenty-four elders and the four living creatures fell down and worshiped God who sat on the throne saying, ‘Amen! Alleluia!’”

The twenty-four elders, then, are elders—elders in the heavenly sanctuary of God—who are responsible for worship, for the music of worship, and as such they stand as the gatekeepers of the house of God.

The Significance of the Elders

We are concerned here in Revelation 4:4, then, not only with what is going on in heaven, but with what is happening on earth presently! Again, remember where we are in the book of Revelation. Chapters 4–7 cover the entire time period between Christ’s first coming and His second coming. During that time period

the seals are being opened, and shall continue to be opened until Christ comes again on the clouds of glory. The opening of those seals (along with the sounding of the trumpets in chapters 8–11 and the pouring out of the bowls in chapters 15–16) leaves us with unsettling images: war, injustice, conflict, murder, killing, and death, not to mention the very conflagration of creation itself: the moon turned to blood, stars falling from heaven, an earthquake unlike any before. The opening of those seals leaves us with the question: what of the church? What of the people of God?

At the outset of Revelation 4, before the opening of the seals, before the blasting of the trumpets of judgment, before the pouring out of the bowls of God’s wrath, we have set before us the office of the elder, that office that has been given to us by God Himself to preserve the true worship of God in the midst of a world that is increasingly turning against Him!

To paraphrase one author: If the elders allow the church to become like the world, she will be of little use in the world. If your goal is to recast the church into the image of this generation, you will thereby make the church feeble in the next generation. The role of the elders is to make sure that the church is the church—that she is what she is called to be—for that is what the world needs most!

The biblical elder guards the holiness of God, particularly in terms of worship. He does not presume to invent new ways of worship. He does not presume to bind the conscience of God’s people by submitting them to worship that is not expressly commanded in God’s Word. He remembers Nadab and Abihu, who sought to offer to the Lord unauthorized fire—who sought to worship the Lord as they saw fit—and were struck down on the spot. The biblical elder remembers that God is holy, and seeks to guard the holiness of God in worship. He is oriented to the throne and specifically to the One who sits upon the throne.

The biblical elder understands that his authority is given to him from Christ, the head of the church. He understands then, that he may not “lord it over the people.” He understands that his authority is not that of dominion, but that of service. He serves the flock, and in so doing, he serves God. The biblical elder stands as a watchman on the walls. He refuses to back down in the face of the wolves. He will even take the attack of the wolves upon himself that he might spare the flock: better the defamation of his name than the injury of the flock.

Implications for the Congregation

Even as the elders must remember Nadab and Abihu, so the congregation must remember Korah, Dathan, and Abiram, who rebelled against those called to office in the Old Testament, and the wrath of God came down upon them, and the earth swallowed them alive. The congregation must remember—and follow—David’s respect for the Lord’s anointed. On two occasions he had opportunity to kill King Saul, but he refused to do so, saying “dare I touch the Lord’s anointed?!” When a man came running to David to tell him he had killed King Saul, David had the man slain on the spot! Would you dare be so presumptuous as to attack the office of the elder? Should you attack the authority of the elder, you are attacking the authority of Christ! Such an attack results in judgment.

What, then, is the role of the members of the congregation concerning the elders? “Obey those who rule over you, and be submissive, for they watch out for your souls, as those who must give account. Let them do so with joy and not with grief, for that would be unprofitable for you” (Hebrews 13:17). It cannot be put any better than that.

May God grant us to see in the office of the elders the supremacy of Christ.