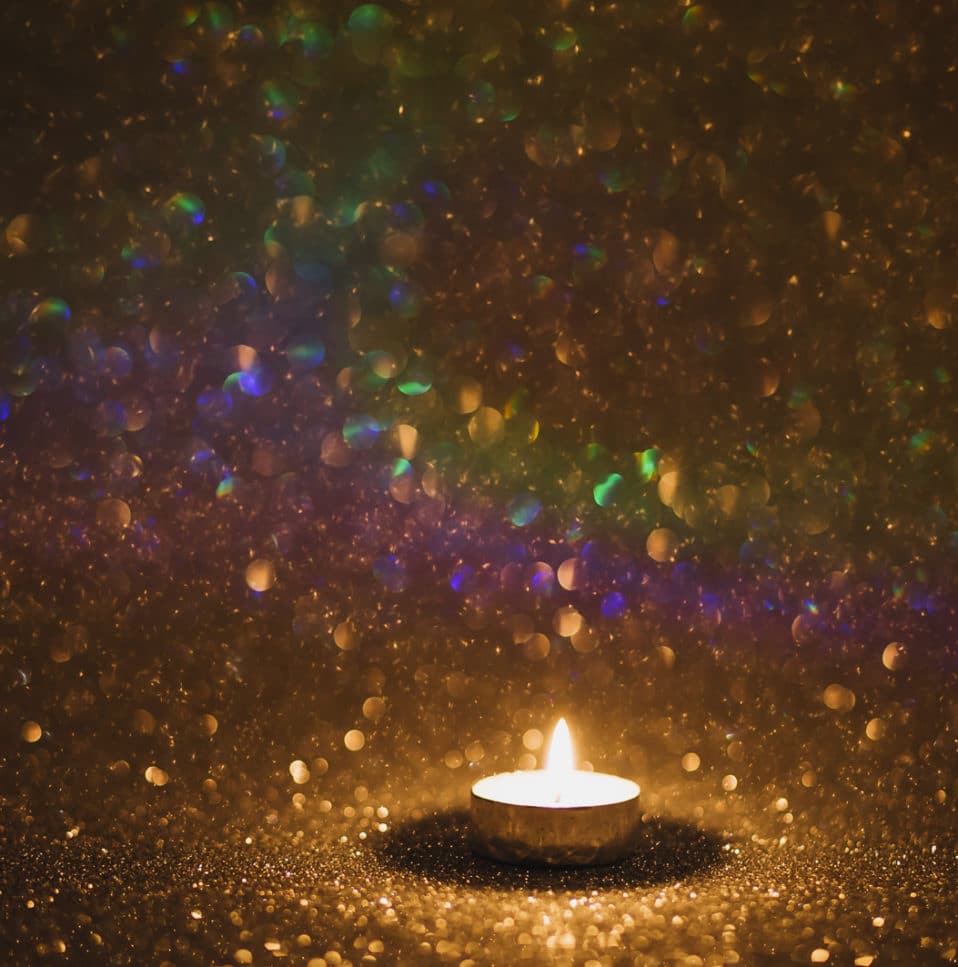 The imagery brings us back to the scene at Mt. Sinai, where there were lightnings and thunderings, and where the voice of the Lord God Almighty spoke, bringing terror and fear to those who heard. “Now all the people witnessed the thunderings, the lightning flashes, the sound of the trumpet, and the mountain smoking; and when the people saw it, they trembled and stood afar off. Then they said to Moses, ‘You speak with us, and we will hear; but let not God speak with us, lest we die’” (Exodus 20:18–19). The people witnessed the might, power, and holiness of God, and they knew that such holiness would consume them and kill them!

In setting before us the throne of God, together with the lightnings, thunderings, and voices that proceed from it, Revelation 4:5a is presenting us with the holiness of God—that holiness before which no sinner can stand. The throne of God confounds sinners, threatening to consume them in wrath and judgment, for from the throne proceeded lightnings, thunderings, and voices. The same phrase is used three more times in the book of Revelation.

It is used in Revelation 8:5–6, “Then the angel took the censer, filled it with fire from the altar, and threw it to the earth. And there were noises, thunderings, lightnings, and an earthquake. So the seven angels who had the seven trumpets prepared themselves to sound.” We have mentioned before that the sounding of the seven trumpets are harbingers of the last trumpet, harbingers of the judgment to come. The noises, thunderings, and lightnings of Revelation 8:5, then, are connected with wrath and judgment.

The same phrase is used again in Revelation 11:19, “Then the temple of God was opened in heaven, and the ark of His covenant was seen in His temple. And there were lightnings, noises, thunderings, an earthquake and great hail.” Notice what we read just before that in verse 18, “The nations were angry, and Your wrath has come, and the time of the dead, that they should be judged.” Again the lightnings, noises, and thunderings are connected with wrath and judgment.

The same phrase is used yet once more in Revelation 16:18, “And there were noises and thunderings and lightnings; and there was a great earthquake, such a mighty and great earthquake as had not occurred since men were on the earth.” Again, notice what we find just prior to that, in verse 17, “Then the seventh angel poured out his bowl into the air, and a loud voice came out of the temple of heaven, from the throne, saying, ‘It is done!’” Again the noises, thunderings, and lightnings are connected with wrath and judgment.

We are standing here, as it were, in the very Holy of Holies. God dwells there in the Holy of Holies, enthroned between the cherubim. His holiness threatens to consume us. It threatens to confound us and destroy us. That is the significance of the thunderings, lightnings, and voices that proceed from the throne in Revelation 4:5.

We move out of the Holy of Holies, the throne room of God, into the Holy Place. There the lampstand burns with light perpetually before the Lord. We read in verse 5b, “Seven lamps of fire were burning before the throne, which are the seven Spirits of God.”

The emphasis in this phrase is not so much upon the light that the seven lampstands provide; the emphasis, rather, is upon the fire. “Seven lamps of fire were burning before the throne.” Here we are brought face to face with fire.

Yes, the fire is a portent of the judgment to come. Isaiah says, “Behold, the Lord will come with fire and with His chariots, like a whirlwind, to render His anger with fury, and His rebuke with flames of fire. For by fire and by His sword the Lord will judge all flesh; and the slain of the Lord shall be many” (Isaiah 66:15–16). Malachi says, “Behold, the day is coming, burning like an oven, and all the proud, yes, all who do wickedly will be stubble. And the day which is coming shall burn them up” (Malachi 4:1). With those words the Old Testament comes to a close.

The seven lamps of fire which burn before the throne of God, which are the seven Spirits of God, denote— like the thunderings, lightnings, and voices—judgment and wrath. The fire speaks of God’s holiness, a holiness that consumes. In order to approach the holy and living God, we must go through the fire, and that fire must either transform us or consume us.

From there, we move out of the Holy Place. Into the Outer Court, and specifically to the sea of glass, like crystal (Revelation 5:6a). Now we are standing in the outer court of the temple, where we find the bronze laver—sometimes called the sea. That laver that was made from the mirrors of the women (Exodus 38:8). Given the brilliance of that sea, it is appropriately called a “sea of glass.” It was here, of course, that the priests washed before entering the Holy Place.

The Meaning Behind the Imagery

Very interestingly, all of this imagery comes together in the New Testament. John the Baptist says in Luke 3:16, “I indeed baptize you with water; but One mightier than I is coming, whose sandal strap I am not worthy to loose. He will baptize you with the Holy Spirit and fire.” You might also note the words of Jesus in Luke 12:49-50, “I came to send fire on the earth, and how I wish it were already kindled! But I have a baptism to be baptized with, and how distressed I am till it is accomplished.” All of the imagery of Revelation 4:5-6a is found here: fire, the Holy Spirit, and baptism, which includes water.

Understand where this passage takes us! We begin with the fear and threat of judgment and wrath symbolized in the thunderings, lightnings, and voices that proceed from the throne. From there we move to the fire of judgment symbolized by the seven lamps which burn before the throne. From there we move to the sea, the waters of judgment, before the throne! But there, to our joy and delight, we learn that the waters are like glass, they are like crystal! Christ has gone through the fire of judgment! Christ has gone through the water of judgment! The sea is glass, and all is well for those who are in Christ!

But why, you may wonder, do we move from the Holy of Holies outward to the Holy Place? And why do we move from the Holy Place outward to the Outer Court? Doesn’t this movement suggest that we are moving away from the Presence of God?! Not at all, for the sea of glass in the Outer Court is calm to tell us that we have been washed in Christ, that we have been cleansed in Him. Having been washed and cleansed in Jesus Christ, we have no need to fear the fire of the Holy Place, for it will not consume us. Neither do we have any reason to fear the consuming wrath of God in the Holy of Holies, for it will not consume us. Christ has been cast out that we might be brought in.

There is also a warning here, however. The waters of the sea and the fire of judgment will be brought together in the judgment of the wicked. They will be cast into the lake of fire, where they will be tormented forever and ever. The end of the wicked: eternal torment in the lake of fire. The end of the righteous in Christ: eternal joy standing on the sea of crystal.

As we consider Revelation 4:5-6a, we find movement in the text itself. Here we move from the throne of God to the seven lamps of fire burning before the throne, only to move from the seven lamps of fire to the sea of glass which is before the throne. If you belong to Christ, you have moved through the Outer Court, having been washed in Christ. You are now being transformed in the Holy Place, as it were, by the Spirit of God represented by the fire. And one day you will stand in the cosmic Holy of Holies—the New Heavens and New Earth— before the throne of God to worship Him for all eternity.

All of this is because Christ has taken our place. We cannot conclude with better words than those which the Lord spoke through Isaiah: “Fear not, for I have redeemed you; I have called you by your name; you are Mine. When you pass through the waters, I will be with you; and through the rivers they shall not overflow you. When you walk through the fire, you shall not be burned, nor shall the flame scorch you. For I am the Lord your God, the Holy One of Israel, your Savior” (Isaiah 43:1–3).