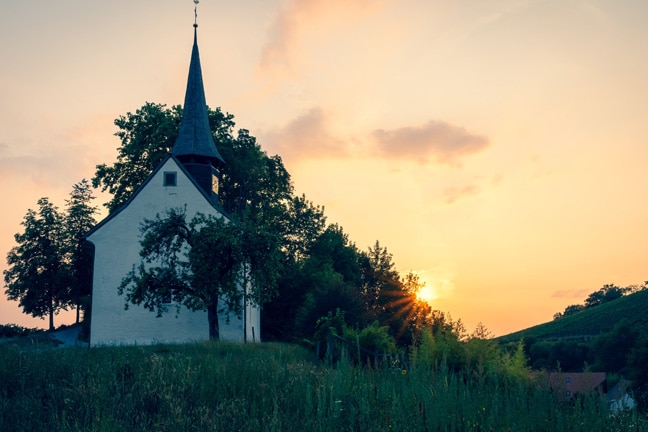 The City of Philadelphia

Philadelphia was a city on the frontier of culture; it was considered the gate-way to central Asia Minor, with all of its non-Greek, non-Roman patterns of life. It was the trend setter – it ushered in all the new cultural ideas that were not of Greek or Roman origin. It was considered, then, the open door to a new life – a life of new culture and new excitement.

There was just one problem with the city of Philadelphia: it lay upon a major fault line, leaving the city with something of a chronic instability. Earthquakes shook the city many times throughout its history. Archeological excavations have shown the scars of such shakings of the earth upon the ruins that have been uncovered. In the year A.D. 17, the city of Philadelphia was rocked violently by the tremblings of the earth. The devastation and destruction was terrible. The memory of that great quake lingered in the minds of the people for many years to come.

So great was the devastation and damage of that earthquake, the city appealed to Rome for help; and Rome responded generously. Naturally, the inhabitants of the city were thankful, and for a time they talked about giving the city a new name; the name Neoceasarea, in honor of the Caesar; but this sentiment was rather short-lived. The new name never stuck, the old name remained.

The Church in Philadelphia

There in the city of Philadelphia, a Christian church emerged. It was a little church; Christ says they have a “little strength.” In the eyes of the world this church was of no significance. It was small. It had not much wealth. It had not much power. It was insignificant. But it was faithful to the Lord, even in the face of persecution.

In verse 9, Christ speaks about the presence of those who belong to the synagogue of Satan, those who say they are Jews and are not, but lie. This is a reference to Jewish persecutors of the church. In the Old Testament, the Jews were called the synagogue of the Lord, but because of their persecution of Christians here in Philadelphia, as well as their refusal to own Jesus as their Messiah, Christ refers to them here as the synagogue of Satan. We are reminded of the words of Paul in Romans 2:28, where he tells us that a true Jew is one who is a Jew inwardly and not just outwardly.

Thus, those who would deny Christ, who would persecute His church, are members not of the synagogue of the Lord, but of the synagogue of Satan. Such a hostile reference as this only hints at the great persecution these Jews must have brought against the Christians. They were a persecuted church. And the persecution was about to increase. In verse 10, Jesus speaks about “the hour of trial which shall come upon the whole world, to test those who dwell on the earth.” Is “the hour of trial” to which Jesus refers here the great tribulation of which He speaks in Matthew 24:21–22, where He says, “For then there will be great tribulation, such as has not been since the beginning of the world until this time, no, nor ever shall be. And unless those days were shortened, no flesh would be saved; but for the elect’s sake those days will be shortened.” Is Jesus’ statement in 3:10 a reference to the great tribulation that shall come just prior to the end?! Certainly it is that, but it is more than that. Is not the church already now living in the hour of tribulation? Did not Jesus say on the eve of His death—His great tribulation—that in the world you will have tribulation (John 16:33)? Yes, the church is already now living in the hour of tribulation. The church is already now living in the face of great and terrible persecution. We live in a world that is no friend to grace. We live in a world that will not help us in our walk with God. We live in a world that hates us, even as it hated our Master. We live in a world that is not neutral, but is seeking in all things to advance the kingdom of Satan. And so the church is a persecuted church; she must endure tribulation.

The Church Under Persecution

The greatest persecution is brought against the churches that are most faithful! Faithful churches—such as Smyrna and Philadelphia—are persecuted churches. And these persecutions are only harbingers of the persecution that is yet to come.

The Greek words used here in Revelation 3:10 are used together in only one other place in the New Testament, and that is John 17:15, where we read, “I do not pray that You should take them out of the world, but that You should keep them from the evil one.” The protection, then, of which Jesus speaks both in John 17:15 and in Revelation 3:10, is not a physical removal by some type of rapture; it is rather, spiritual protection in the face of persecution and tribulation.

That is the point of Jesus’ self-identification in 3:7, where He says, “These things says He who is holy, He who is true, ‘He who has the key of David, He who opens and no one shuts, and shuts and no one opens.’” This statement of Christ is to be seen against the background of Revelation 1:18, where we read that Jesus holds the keys of Hades and Death. In 1:18, the stress is on His sovereignty over death and judgment, while here in 3:7 the emphasis is on His authority over those entering the kingdom. Christ determines who enters the kingdom and who is left outside.

Who are the ones left outside? Look at verse 9. “Indeed I will make those of the synagogue of Satan, who say they are Jews and are not, but lie – indeed I will make them come and worship before your feet, and to know that I have loved you.” Who are the ones left on the outside? Those who deny the Christ as Messiah! There is in this verse an ironic twist—did you catch it? In the book of Isaiah, the 49th and the 60th chapters, we read that God will make the Gentiles—the heathen – come and bow down before the feet of His people. But now we read that it is the Jews who will come and bow down before the feet of the Gentiles! Do you see what has happened? The Church, living by faith in Jesus Christ, has become the true and final Israel of God. Ethnic Israel, on the other hand, by rejecting the Christ, has become like the Gentiles in her unbelief. Those who believe in Jesus Christ—whether Jew or Gentile are the citizens of the kingdom of God. Those who have denied Christ as the Messiah—including ethnic Jews—have no place in the kingdom of God!

Thus, we find here something of the nature of true faith. Notice that Jesus says in verse 10, “I will keep you from…” He then goes on in verse 11 to say, “Behold, I am coming quickly! Hold fast what you have, that no one may take your crown.” The point is not that one is able to lose the crown or able to lose salvation. The point, rather, is that those who by God’s grace have been given the crown are kept by Christ, and their faith will prove its genuineness by holding fast to that which Christ has given. False faith, on the other hand, has never been given the crown, has never been given salvation, and it too will show itself for what it is: when persecution comes, the false Christian will fall away, and will not stand. True faith proves its genuine character by holding fast to the name of Christ and persevering through all tribulation and trial, never letting go of that for which Christ Jesus has laid hold of them.

Briefly, the promises can be divided into two parts: first the promise of being made a pillar in the temple of God. A pillar is something permanent. In a city that knew the devastation and destruction of earthquakes, what a glorious promise this was! The one who overcomes will stand as a pillar in the temple of God. Now on the basis of Revelation 21–22, we know that there is no literal temple in the New Jerusalem, but that God and the Lamb themselves are the temple. So what is being promised here but the joy of standing forever in the glorious presence of God?!

This is emphasized all the more by the second element of the promise: Christ says “I will write on him the name of My God and the name of the city of My God, the New Jerusalem, which comes down out of heaven from My God. And I will write on him My new name.” All three of these refer to the same thing: the presence of God with His people – that presence for which we long. Thus while Revelation provides us with the most terrifying warnings to be found in the entire Bible, it also provides us with the most encouraging comfort to be found in the entire Bible. The Book of Revelation does not play games; it does not beat around the bush; it does not take the middle way; it presents the kingdom of Satan in the fullness of its horror and its subsequent judgment, even as it presents the kingdom of Christ in the fullness of its joy and its eternal reign.

Amidst the sobering picture given in chapters 2–3, this passage provides the Christian with the encouragement we so desperately need. Indeed, they are words fitly spoken, “like apples of gold in settings of silver.” But only to those who have ears to hear what the Spirit says to the churches.