WAKE UP!! That’s the message of Revelation 3:1–6. Open your eyes and wake up! 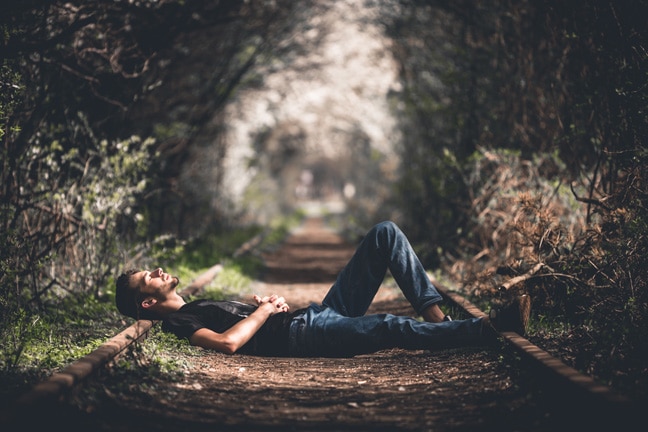 This message, of course, is not unique to Revelation 3:1–6. When Christ was in the flesh, carrying out His earthly ministry, He spoke similar words. “Watch, therefore, for you do not know what hour your Lord is coming” (Matthew 24:42). “Therefore you also be ready, for the Son of Man is coming at an hour you do not expect” (Matthew 24:44).

Paul also spoke of such things. He writes in 1 Thessalonians 5:1–6, “But concerning the times and the seasons, brethren, you have no need that I should write to you. For you yourselves know perfectly that the day of the Lord so comes as a thief in the night. For when they say, ‘Peace and safety!’ then sudden destruction comes upon them, as labor pains upon a pregnant woman. And they shall not escape. But you, brethren, are not in darkness, so that this Day should overtake you as a thief. You are all sons of light and sons of the day. We are not of the night nor of darkness. Therefore let us not sleep, as others do, but let us watch and be sober.”

Peter also spoke of such things. In 2 Peter 3:10, he writes, “But the day of the Lord will come as a thief in the night, in which the heavens will pass away with a great noise, and the elements will melt with fervent heat; both the earth and the works that are in it will be burned up.”

The City of Sardis

Such a message was fitting for the church in Sardis. The city was located on the precipice of a high hill at the foot of Mt. Tmolus, where the Hermus and Pactolus rivers intersect. Because of its prime location with its natural defenses, Sardis quickly gained the reputation of being a fortress, a citadel. In fact, large walls were erected all around the city, enabling the inhabitants of the city to fend off any would-be attackers with relative ease.

Sardis was a strong-hold. No danger could befall this fortress. No peril could befall this citadel. Sardis was safe. Or so the inhabitants thought! Sardis was a city that had become complacent and lethargic. It was a city that had deceived itself into a false comfort and had lulled itself to sleep. The Church in Sardis had followed suit. She too was infected by the complacency of the city.

The Danger in Sardis

Lest this article lull you to sleep, let me remind you once again that this letter to the church in Sardis is every bit as relevant to us today as it was to them in the 1st century. Recall that the letters to the seven churches of Revelation 2–3 provide us with a composite picture of the church in the world from the first coming of Christ to the second coming of Christ. In these letters, we have a picture of the church in the world as she exists from the time of Christ’s first coming to the time of Christ’s second coming. These letters, then, tell the story of the time in which we presently live and describe the church in the world today. We dare not comfort ourselves by saying, “this letter was written to a different church – a church in the 1st century – therefore it has no bearing upon us, it has no bearing upon me.” This letter was written to us.

The Warning to Sardis

Look again at the warning of our passage. It is found in verses 2–3,

Each of these warnings is urgent, but how much more urgent is the warning of Revelation 3:1-6. Notice here Jesus speaks in the most personal of terms. He doesn’t say, “The Son of Man is coming.” He doesn’t say, “The day of the Lord is coming.” He says, “I will come upon you as a thief in the night!” Christ knows full well that the next great event in the history of redemption is His return to judge the living and the dead! Thus the urgency of the warning!

Let me assure you, the warning applies to each one of us! Consider verses 4–5.

You have a few names even in Sardis who have not defiled their garments; and they shall walk with Me in white, for they are worthy. He who overcomes shall be clothed in white garments, and I will not blot out his name from the Book of Life; but I will confess his name before My Father and before His angels.

To those who overcome Christ promises garments of white. He promises that He will not blot their names out of the Book of Life.

The fact that those who overcome shall not be blotted out of the Book of Life, serves not to call into question the salvation of the elect, but to warn. As one commentator has put it: “The warning causes genuine believers, especially those wavering, to examine their lives, amend them accordingly, and gain subsequent assurance through a changed life. False believers, however, remain untroubled.” True Christians will be separated from false Christians: those whose “faith” was a sham will be revealed. Those who have not a true and living faith, who are false Christians, will not heed the warning; and in the end they will show themselves for what they are. But those whose faith is true and living, will heed the warning. True faith proves its genuineness by holding firmly to Christ, in whose garments they are clothed.

He who has ears to hear, let him hear what the Spirit says to the churches.