With this article, we begin the next section in the book of Revelation, namely, chapters 15–16.

Before we delve into these chapters, however, it is good for us to re-orient ourselves to the structure of the book. There are seven sections in the book of Revelation, and those sections are as follows: chapters 1–3, 4–7, 8–11, 12–14, 15–16, 17–19, and 20–22. These seven sections are parallel sections; that is to say, each of the seven sections covers the same period of time, namely, that period of time between Christ’s first coming and His second coming. This means that each of the seven sections covers the time period in which we live. We are there in the text. Our story and our history are there in the text. We are not merely spectators sitting up in the stands watching the events unfold before our eyes. We are participants in the arena. We are involved in the action. Thus, we cannot help but read the book of Revelation with the greatest of interest, as each section of the book gives us a snapshot of the history of the church as she lives between the first coming of Christ and His return.

The book of Revelation must not be surrendered to the premillennialists. The events of Revelation are not to be understood only as future events—events that occur just prior to the return of Christ. Such a view renders the book largely irrelevant for the church today. Such views must be left behind.

But neither should the book of Revelation be surrendered to the postmillennialists. The events of Revelation are not to be understood only as past events—events that occurred just prior to the destruction of Jerusalem in AD 70. Such a view renders the book largely irrelevant for the church today. Such views are little more than Jewish dreams.

Since the seven sections of Revelation are parallel sections, all describing the same period of time, we fully expect to see connections between them. And indeed, we do. In chapters 1–3 we find the seven letters to the seven churches; in chapters 4–7 we read of the opening of the seven seals; in chapters 8–11 we hear the seven trumpets; now in chapters 15–16, we come to the seven angels with the seven last plagues. Chapters 15–16 are connected then with chapters 1–3, 4–7, and 8–11 by means of the number seven. And what of chapters 12–14? Note how chapter 12 begins, “Now a great sign appeared in heaven . . .” Compare this with the beginning of chapter 15: “Then I saw another sign in heaven . . .” Chapters 15–16 are connected to chapters 12–14 by virtue of the way in which they begin. John, under the inspiration of the Holy Spirit, sees “another sign.”

Before we consider the sign itself, we need to take note of the location of the sign. John tells us: “Then I saw another sign in heaven . . .” 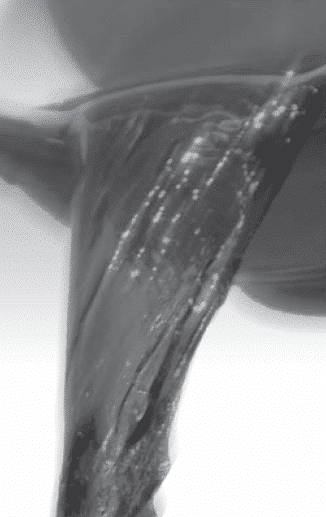 But then we read chapters 15–16, and we find that things have intensified further still. Here we reach a new level. These chapters bear the stamp of finality. Note again the number seven: seven angels, seven plagues, seven bowls. That number indicates completeness. Note also that these seven plagues are expressly called “the seven last plagues”; nothing less than the termination of the world as we know it is being set before us. In these seven plagues “the wrath of God is complete.” A loud voice accompanies the pouring out of the seventh bowl from heaven, saying, “It is done!”

There is an end to this world. This world will not endure forever; it is not eternal. This world is temporary, fleeting away. This world will be shaken and removed. It will be burned up in the fires of judgment. This world has an end, and that end is coming. And it comes from the throne of God. Even as the windows of heaven were opened in the days of flood—God pouring forth His judgment upon the earth from heaven—so the wrath in view here is being poured out from heaven upon earth. The wrath of God is being poured out from heaven upon earth.

And yet all of this is intended for our comfort. The wrath of God, described so vividly and powerfully here in Revelation 15–16, cannot and will not touch us. How do we know that? We know it because wrath originates in heaven—it originates from the throne of God—it originates from that very throne before which we are forever accepted through the finished work of Jesus Christ. Christ has borne the wrath of God in our place. Christ is our propitiation. There is no more wrath for us. Christ endured the complete, unmitigated, and unrestrained wrath of God in our place once and for all.

Chapters 15 and 16 make this very point by the way they are structured. Note that while the seven last plagues are introduced in 15:1, these plagues are not actually poured out until chapter 16. And what do we find in between? We find verses 2–4, where the redeemed of the Lord stand on the sea of glass, singing the song of Moses and the Lamb. The point is this: in Christ Jesus we shall never be exposed to the wrath of God.

O dear church of Jesus Christ, let not the day of judgment confound your heart; let not the termination of this world strike fear within you. Our home is an eternal home. Our home is heaven, and it is secure. For our Savior is there already, and He will never give us up, for He is, even now, preparing a place for us.

May it be with this confidence and comfort in Christ that we turn our attention to this next section in the book of Revelation.

Rev. Brian Vos is the pastor of the Trinity United Reformed Church in Caledonia, Michigan