By faith Abraham obeyed when he was called to go out to the place which he would afterward receive as an inheritance. And he went out, not knowing where he was going. By faith he sojourned in the land of promise as in a foreign country, dwelling in tents with Isaac and Jacob, the heirs with him of the same promise; for he waited for the city which has foundations, whose builder and maker is God. (Hebrews 11:8–10 NKJV)

For the past several months, these meditations have dealt with the be-ginning aspects of the fruit of the Spirit. We have already studied love, joy, and peace. In this medita-tion, as we study longsuffering, we will consider part of the life of Abraham. Abraham was a man of great faith. The Bible tells us in Genesis12, that God called Abraham out of the land of Haran.

Abraham was called to leave his home town and move to a strange land, the land of Canaan. Even though Abraham, at that time, did not own a single acre of land in Canaan, God commanded him to live there as though he owned the place! He was to move there, live there and travel around within the borders of the land of Canaan that God had promised would one daybe inhabited by his descendants.

Because Abraham lived in Canaanwithout an acknowledged citizen-ship, Hebrews 11 tells us that he lived there by faith. Hebrews 11:8 begins by saying: “By faith, Abraham, obeyed when he was called to go out to the place which he would afterward receive as an inheritance.” 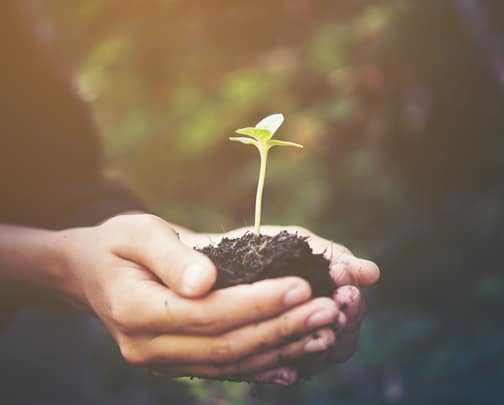 We see Abraham’s great patience in vv. 8–9 as we are told: “And he went out, not knowing where he was going. By faith he sojourned in the land of promise as in a foreign country, dwelling in tents with Isaac and Jacob, the heirs with him of the same promise.”

In other words, we can say that Abraham obeyed God, even though, basically, he hardly had a clue as to what was going on! He had not lived in Canaan before.

Because he didn’t own any property in Canaan, he and his family had to move around from place to place, sojourning in the promised land.

For how long was this to continue? When did it finally happen that God said to Abraham, “Enough of this. Now you can go back home.” When did God say that to Abraham? After how many years? When did God finally tell Abraham he could pack the tent away and build himself a nice home in the country?

The Lord never said that. And because that day never came, Abraham is a good example for us concerning the fruit of longsuffering. Abraham sojourned in Canaan for the rest of his life.

I am sure that most of us enjoy a camping trip from time to time. I do not think, however, that any of us would care for living in a tent all the time. Even ministers, who are called by God to move around from place to place, usually move from one comfortable home to another!

But the faith of Abraham is illustrated for us as we see him willingly leave his hometown, move to a foreign land and sojourn there for the rest of his life. What we see in our forefather, then, is that Abraham’s life is characterized by longsuffering. He consistently waited upon the Lord.

So, how patient are we? Are you willing to wait upon the Lord like Abraham did, or are you more likely to attempt to take matters into your own hands? Sometimes it is not easy for us as believers to be patient and wait upon the Lord. We sometimes think that God takes too long. Or, when He finally does take some action in our lives, it can be the kind of action that we do not appreciate. It is then that we begin to understand the connection between faith and longsuffering.

We should understand that longsuffering is only part of the fruit of the Spirit. You cannot just have love, joy, and peace and then say, “Well, longsuffering is not that important.” Rather, we need to understand that it is all part of the same package. We cannot pick and choose between the various aspects of the fruit of the Spirit. We cannot have one without the others.

There are nine aspects to the one fruit of the Spirit. That is why, as we seek to lead godly lives, it is so important for us to show forth the entire fruit of the Spirit. All of these virtues are to be shown forth in our lives in response to God’s saving grace in our lives. We are to love one another. We should be joyful in our salvation. The presence of God’s nearness should always bring us peace.

When it comes to the troubles and trials of our every day lives, we are to remember God’s power and providence andexemplify the longsuffering character of true faith. We are to patiently wait upon the Lord.

The Heidelberg catechism, in Lord’s Day 10, tells us that because of God’s providence, we can be patient in adversity. In other words, we do not allow the struggles of this life to bog us down more than they should. The sorrows we may sometimes experience here on this earth will not be able to destroy us.

When it comes to living our lives on this earth, we, as believers, are to be just like Abraham our father in the faith: we are just passing through. This world is not our home. We are only sojourners. Hebrews 11:10 tells us that although Abraham sojourned in the land of Canaan, he was actually looking for a different place. Hebrews 11:10 says: “For he waited for the city which has foundations, whose builder and maker is God.”

By faith, Abraham was not truly looking for an earthly promised land. He was looking for the eternal promised land, the heavenly city, the new Jerusalem, Whose designer and builder is the Lord our God.

For God’s people, the knowledge of our eternal home in heaven is the source of our willingness in longsuffering. When we believe on the Lord Jesus Christ, our eternal destiny has been secured in Him, by Him, and through Him.

In response to this amazing grace and love of God, we are to be patient with one another, longsuffering in the trials, and sojourning together as we look forward to our home in glory, the true and eternal Promised Land.