Reading through the recently published Agenda for Synod 1994 of the Christian Reformed Church, I was once again struck, in perusing a communication from Classis Lake Erie, how prominent a role the idea of local option continues to play in the push for the ordination of women to all offices in the church. Though this idea figures prominently in the push to change the position and practice of the Christian Reformed Church, it is no more than a convenient fiction which serves the agenda of those who, wittingly or unwittingly, want to pretend that this change will not be devastating to the unity of the denomination.

How fictional and unrelated to reality the idea of local option is, can readily be seen from the following observations. 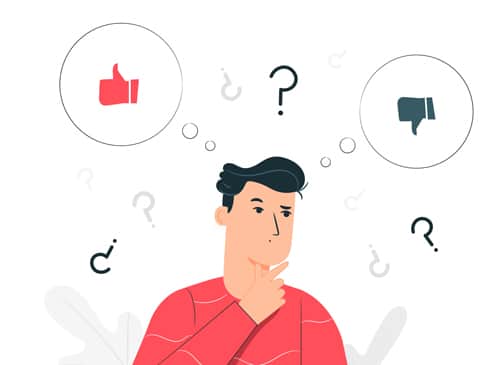 First, any decision by a synod of the Christian Reformed Church to change Article 3 of the Church Order, to give “councils and churches the option to nominate, elect, call, and ordain qualified women to the offices of elder, minister, and evangelist” (Acts of Synod 1993, p. 596), will have to be regarded by all churches and office-bearers as settled and binding. The permission to ordain women, now granted by a synod and incorporated into a revised Church Order, will have become an official position and practice of the denomination. No member congregation or office-bearer will be at liberty to regard this as an intolerable and unbiblical practice with which cooperation is impossible.

To state the matter a little differently, congregations and office-bearers will be free to demure politely from the practice of ordaining women to any office, at least in the local congregation which objects to this practice. But they will not be free to object, on Biblical and confessional grounds, to the principle, now officially endorsed by the denomination and enshrined in its Church Order, that the ordination of women is right.

Second, no one who favors the ordination of women and who defends it by appealing to the idea of local option has ever explained where the line of cooperation with or refusal of this practice is to be drawn. Let me illustrate the problem in practical terms.

Were synod to permit the option of ordaining women to office, this practice, initially implemented only within local congregations, would inevitably penetrate many aspects of every congregation’s involvement in the broader life of the denomination. No area of cooperation between and among the congregations of the Christian Reformed Church would escape the impact of this decision. Accordingly, defenders of local option seldom promise congregations and officebearers who object on grounds of principle to the practice of women’s ordination, freedom from cooperation with it by one or more of the following avenues: nonpayment of “ministry share” support for agencies or institutions that promote and implement the practice; nonrecognition of women office-bearers delegated to broader assemblies; nonacceptance of women office-bearers appointed as synodical deputies, church visitors, classical supply appointments, and the like; and non-participation in the declaration, recognition and examination of women candidates for the ministry.

Here the difficulty has been well stated by an overture from Classis Iakota in the Agenda for Synod which notes that those who oppose the ordination of women to office will be required to act like hypocrites! Though opponents of the ordination of women will be permitted to hold privately the conviction that it is an unbiblical practice, they will be required-all the way down the line, at every point and level of denominational cooperation—to deny publicly their convictions by their practice.

Third, this last consideration, that the local option idea will require many to become hypocrites, highlights a problem that has often been glossed over in denominational discussions. Indeed, this is one of the most exasperating features of the discussion in the Christian Reformed Church: those who oppose the ordination of women on biblical grounds have not been taken seriously! To put it bluntly—they have not been believed!

To clarify the confusion here, let me describe the dilemma as clearly as I know how: we who oppose the ordination of women on Biblical grounds, whose consciences are bound by what we regard to be the clear teaching of Scripture, have no choice before God but to do what our confession of faith requires. We will act with respect to this matter, God helping us, in fulfillment of our promise in Belgic Confession Article 7: “We reject with all our hearts whatsoever does not agree with this infallible rule which the apostles have taught us, saying Prove the spirits, whether they are of God. Likewise, If anyone cometh unto you, and belongeth not this teaching, receive him not into your house.” This language expresses one of the few “covenants” that we have made before the Lord that directly bear upon the matter of the ordination of women (another is found at the end of Article 30). Hence, those who in this matter would throw in our faces the supposed “covenant” we have made of loyalty and allegiance to the Christian Reformed Church and the decisions of her assemblies, should not waste their time or breath. If we must choose between the Word of God and the decision of a disobedient church assembly, our confession gives us no choice: we must choose the way of obedience to God’s Word. This is not new. We have been saying it for years. But no one seems to be listening!

And fourth, those who favor the ordination of women to office in the Christian Reformed Church have often argued that this issue is an “indifferent matter,” an adiaphoron. However, were this the case, then the solution would be relatively simple: the strong, who have no scruples about a practice that they do not believe is Biblically prohibited or required (those who favor the permission of women’s ordination), would be obliged to forego the exercise of their liberty for the sake of the weak, who do have scruples about a practice they believe to be sin. The principle that always applies in matters indifferent is: “All things are lawful, but not all things are expedient.”

But the reason this kind of argument fails is that advocates of women’s ordination emphatically do not believe that to be a “matter indifferent.” The most common “Biblical” argument for the ordination of women is that it belongs to their “equality in Christ” that they be permitted ordination. Anyone who denies to women the gift of ordination is guilty, thereby, of preventing women the full use of their gifts and privileges as members of the church and recipients of the Spirit of Christ. It is a horrible injustice, repugnant to the full equality of men and women in Christ (Gal. 3:28), to forbid the ordination of women. Indeed, the argument against women’s ordination is no better than earlier arguments in defense of slavery.

The point I wish to make here is this: the idea of local option cannot satisfy the argument of those who favor the ordination of women. No advocate of women’s ordination who believes it to be a matter of justice, a necessary fruit of the gospel privilege granted to men and women equally in the church, may settle for local option as a final resolution of the problem. The continued refusal of congregations and office-bearers to grant women their rights in the church should be no more palatable to an honest (non-hypocritical) defender of women’s ordination than the re-institution of slavery as a local option among the churches!

For these and other reasons, opponents as well as advocates of the ordination of women ought to agree on one thing: the idea of local option is a fiction, convenient to the cause of women’s ordination, but unworkable in principle and practice. They should also agree that Synod 1994 needs to make a clear and honest decision on the issue of the ordination of women: either reject or adopt the proposed change to Article 3, but on grounds that make it abundantly clear that what the Church Order now permits must be acknowledged by everyone to be Biblically right.

Then, let every office-bearer and member of a local congregation decide before God what course they must follow.