“I am not ashamed of the Gospel … for in it the righteousness of God is revealed from faith to faith.” (Romans 1:16, 17a)

There is no question as to the fact that the impact of Martin Luther’s hammer upon the Wittenberg door on that 1st Reformation Day so many years ago did more than just scratch the surface of the wood. It cut deep into the lives of millions and millions of people bringing to them a whole new life! No movement could ever achieve the widespread success of Luther’s Movement unless there was some kind of realization amongst the people of his time that what he taught and what he said was life-enriching. They had to know that what Luther said was going to change them forever and that it would change them on the very deepest level possible.

I called what happened on that first Reformation Day “Luther’s Movement” but that’s not really right, is it? What Martin Luther did when he set the reformation in motion was to rediscover and reemphasize the teaching of the Bible. The teaching of the Bible tells us of how God enters our lives. It teaches that the Christian faith is not just for church; it is not just for those who work in the church; it is for all of us and it is for every part of our lives. And so, it is not Luther’s Movement that we celebrate this month. No, the reformation was God’s movement. 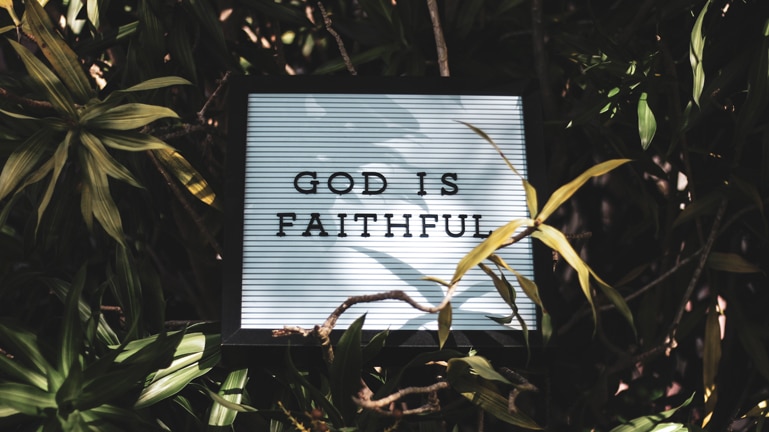 The Teaching of Paul

This same teaching of how God enters our lives was the key to the huge success of the church when Christianity first began. The Apostle Paul went thru the whole Roman Empire preaching the message of salvation thru Jesus Christ. Paul taught that Jesus Christ was crucified, risen, and ascended into heaven, and that thru Him comes the forgiveness of sins and the promise of eternal life. In addition, Paul spoke and wrote of how a new life in Christ was supposed to change the whole person, making the born again believer a child of God who lives for God in every part of life.

Some people were hostile to the teaching and preaching of the Word in Paul’s time, just like they were in Martin Luther’s time, and just like they are today. But there were many who sensed that the salvation offered through the finished work of Jesus Christ upon Calvary’s cross was exactly the salvation that they needed in their lives.

The Teaching of Thomas Aquinas

At the beginning of the sixteenth century, the powerful, cleansing, life-changing Word of God had once again been buried and silenced. The Bible’s clear call to live according to God’s plan for life was muffled by human conceit, ignorance, and superstition.

A medieval monk by the name of Thomas Aquinas had started the deterioration of the church by once again dividing human life into two different compartments: one for nature and one for grace.

In the sphere of grace, which Aquinas called the supernatural, he placed God in heaven, the angels, man’s soul, and all the influences of the supernatural upon man through the seven sacraments of the Roman Catholic Church. This realm, Aquinas claimed, belonged to the church.

In the lower realm of nature, Thomas Aquinas placed all the created beings and all earthly things. It included man’s passions, the State, politics, and social life. These, reasoned Aquinas, the layman could take care of. The church would take care of the spiritual. One of the natural by-products of making the church the authority of all things spiritual was that the Bible began to take a back seat in religion once again. In fact, only the church was allowed to have a Bible. After all, only the church could interpret the Bible correctly. What obviously followed was that once the church claimed responsibility for everyone’s spiritual life, the people became less spiritual. The church would take care of them. Soon the Biblical message of Salvation thru Jesus Christ was forgotten.

The Teaching of John Tetzel

Once the church was in charge of everyone’s spiritual well-being, it began to build beautiful, elaborate cathedrals in which to harbor the spiritual things. Over time, the church began to sell the forgiveness of sins for money in order to pay for these buildings and their upkeep.

It wasn’t long before a Roman Catholic priest by the name of John Tetzel began to sell forgiveness for those who had already died. According to Tetzel, for only a few dollars a person could buy the forgiveness of sins for a dear departed relative. That relative would then be moved out of purgatory and into heaven. And of course, the worse the reputation of the deceased, the greater the cost of the forgiveness. Tetzel would also provide a beautifully written document, suitable for framing, to prove that your relative was no longer in purgatory. John Tetzel’s selling of indulgences represented the depths to which religion had fallen.

The Teaching of Martin Luther

Nothing is more deadly, more terrifying to the soul, than false religion. False religion had earlier driven Martin Luther to despair as he tried to earn his own salvation. For years he would sleep in the monastery, not on the bed in his room, but on the cold, damp floor hoping that such suffering for Christ’s sake would earn him a place in heaven. For years he would climb the stone stairs of the monastery on his knees until they would be raw and bleeding, hoping against hope that such actions would earn him forgiveness of sins. Oh, how Luther longed to be like the righteous man he read about in the Psalms.

Then one day, by the grace of God and thru the guidance of the Holy Spirit, the truth of the gospel dawned upon Martin Luther. He discovered the Bible. He discovered passages like Romans 1:17 “…the righteousness of God is revealed from faith to faith .. as it is written, the just shall live by faith.”

But a faith in what? The church? That certainly seemed to be the understanding of the day. The church would take care of your spiritual life and if the church failed your descendants could always buy your way into heaven.

The dismal, mercenary sales pitch of Tetzel compelled Luther to take issue with the church. His response was the ninety-five theses nailed upon the Wittenburg door on October 31, 1517. It is not the church that saves a person, Luther claimed, it is the GOSPEL. Faith needs to be in GOD – in the sovereignty of God!

Martin Luther wanted to change the way the organized church was thinking at that time. Unfortunately, the church did not want to change. It liked having control over the lives of the people and so it rejected the teachings of Martin Luther.

In time, the people rejected the church. They no longer would accept the medieval dichotomy in which they had found themselves. No longer could they accept the idea that life was divided into two parts – grace and nature. Thomas Aquinas was wrong and the Word of God was right. The people saw from God’s Holy Word that God ruled over all things and that the grace of God extended to every part of life!

With this new outlook on life came the insistence that man had the responsibility to examine all things in the light of God’s Word and then to use all things God had given them to His glory. For Luther, and for countless others, this discovery of life through faith was like having a storm cloud pass and seeing once again the glorious rays of God’s Son.

The Teaching of Today

We see in many instances the church telling us what we must believe. We see them placing the Bible on the back shelf claiming to have a new interpretation, a new way of looking at God and life. Churches today promote evolution, feminism, and homosexuality. They write and preach about the Openness of God rather than the Sovereignty of God.

In addition, we are being taught a new religion called “tolerance”. If you have any religion, keep it to yourself. We have placed all religions on the same level. Jehovah or Allah – what’s the difference? The Bible, the Koran or the Book of Mormon – who cares? Just be true to yourself. Tolerance among religions has accomplished what persecution and martyrdom could not. It has convinced the believer that he could be wrong, that there are other beliefs, other ways to heaven and that there are more important things in life than religion.

Today Islam is the fastest growing religion in the Northern Hemisphere. Many of the churches that proclaimed the Reformed faith in the Netherlands are now Mosques. In our country it is the same way. There are all kinds of occults that teach the worship of false gods and the worship of demons.

There are cults rising up teaching escapism. There are all kinds of denominations that teach humanism. There are even churches today that teach that you can buy your way into heaven and you can earn your forgiveness just like in Martin Luther’s day. Oh yes, there are plenty of John Tetzels in the organized church today.

These false religions should serve to prove to us not only the total depravity of mankind, but also how hungry people are for truth and righteousness. We are just as much in bondage to death as were the people at the time of the Reformation. How great the desire people today have for a peace and comfort the world cannot offer. Oh, how much the world needs the gospel! How much we need to hear about faith in Christ and how faith in Christ leads to a changed life in every part of life.

The Teaching of God

During the Reformation the Bible was taken out of the Holy of Holies, that is the Latin Language, and lifted up into the pulpit in the people’s own language. Once again a great Pentecost event took place as the people were hearing the glorious truths of Scripture spoken to them in their own language.

Martin Luther’s message, John Calvin’s message, the message of all the reformers came from the pages of the Bible. Preaching flourished. Thousands of people heard the Word of God proclaimed in their own language for the first time. As they heard the good news of the gospel, they came to know life thru faith and how faith affected every part of life.

The response of the people to this preaching is often overlooked as we celebrate the Reformation. It is important for us to know that their increase in faith came as a response to the Bible. The Bible alone tells us that Jesus lives, that Jesus loves and that faith in Jesus effects everything about you.

A faith for all of life is a faith that drives us to our knees – not to climb stairs seeking to earn salvation – but in repentance and in confession of our sins. Through the Holy Spirit, such a faith will unite us with the Savior and give us assurance of eternal life. Your faith should be the most important thing that there is about you. It should influence everything you do, everything you say, and everything about you in life. With true faith you are out of danger from God’s wrath because, as Romans 1:17 says, a righteousness from God has been revealed to you. Faith in Jesus Christmakes all the difference. The re-discovery of this gospel brought life and peace to thousands of people in Paul’s day and during the Reformation centuries ago. Let it do the same for you.