J. Gresham Machen—honored in this issue of The Outlook on the sixtieth anniversary of his death—was the leading scholarly critic of liberalism in America in the 1920s and 1930s. He stood with others before and after him, such as Abraham Kuyper and Cornelius Van Til, in defense of historic Christianity against the rising liberal doctrine in the nineteenth and twentieth centuries. For those of us who are conservatives, the dangers of liberalism and the courage and nobility of those who stood against it are almost self-evident. But we will not really understand those dangers or that courage unless we pause to see something of the attractions of liberalism.

Liberalism arose, according to its understanding of its mission, as an effort to save Christianity. Liberals believed that the intellectual challenge of the Enlightenment had made the defense of traditional Christianity impossible and that if Christianity was to be preserved in any form, the faith had to be accommodated to modern standards ofthought. One theologian took up this task very self-consciously. Friedrich Schleiermacher (1768–1834) in 1799 published an influential work entitled Religion, Speeches to its Cultured Despisers. He hoped that a more liberal expression of Christianity might win unbelievers back to the faith.

Although liberalism took a variety of forms, certain common characteristics emerged. Liberals insisted that the ultimate authority in theology must be man, either in his reason, his will or his feelings. The Bible was a record of human religious reflection and while valuable, was not ultimately authoritative. Seeing man as the measure of religious truth had several benefits for the liberal. First, it made Christianity intellectually respectable. The liberal could accept and incorporate in his thought all the latest scientific and philosophical developments and avoid any hint of anti-intellectualism. He could avoid the horror of being old-fashioned. Second, liberalism could be a force for human unity. As any exclusive claims for Christianity faded, various denominations and various religions could all be appreciated and affirmed as contributing to the advance of the truth. Liberals could exemplify the modern virtue of tolerance. Third, liberalism was progressive and forward-looking. Liberals could be optimistic, confident that the future held only advancement for mankind.

These characteristics of liberalism seemed very attractive to many—from the days of the late eighteenth century down to our time. One can be a Christian and fit right in to the modern world. Or so the liberals thought. 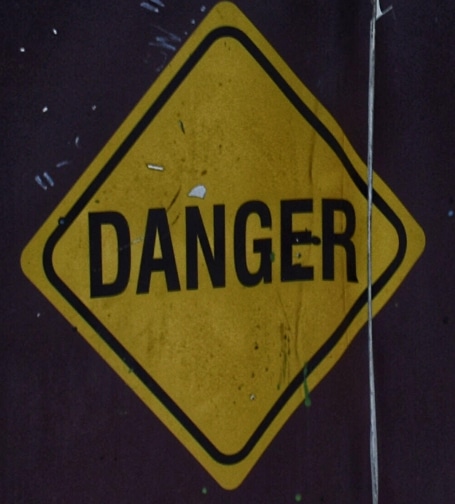 A variety of defenders of historic Christianity spoke out against the various forms of liberalism. Two of them were intimately acquainted with liberalism. Abraham Kuyper was educated in a liberal seminary and embraced for a time the liberalism taught there, only later turning to an orthodox Calvinism. J. Gresham Machen studied with some of the leading liberal theologians in Germany and felt the power and appeal of their religious convictions.

Kuyper’s knowledge of liberalism from the inside made him an especially effective critic. In his famous Lectures on Calvinism he addressed the problems of liberalism especially in his second lecture, “Calvinism and Religion.” He noted that liberalism had taken several forms: rationalism, mysticism and practical moralism depending on whether one stressed the mind, the feelings or moral duty as the essence of Christianity. But whatever the form of liberalism, it assumed the essential normalcy of the world in which we live and the ability of man without supernatural intervention to lead the religious life. Kuyper insisted that the Christian religion taught that this world is abnormal and only by supernatural help—in revelation, redemption and regeneration—is there any hope for man.

Machen also attacked liberalism in his brilliant work, Christianity and Liberalism (1923). In terms similar to Kuyper’s, Machen wrote: “The many varieties of modern liberal religion are rooted in naturalism—that is, in the denial of any entrance of the creative power of God (as distinguished from the ordinary course of nature) in connection with the origin of Christianity.” He argued that this liberalism was the most dangerous form of religion: “the great redemptive religion which has always been known as Christianity is battling against a totally diverse type of religious belief, which is only the more destructive of the Christian faith because it makes use of traditional Christian terminology.”1

The simple thesis of Machen’s book that Christianity and liberalism were two different religions—outraged the liberals. But Machen defended his claim clearly and effectively in the course of his book.2 He maintained that Christianity must defend itself on both the religious and scientific fronts. Christians must not take refuge in anti-intellectualism: “Modern liberalism may be criticized (1) on the ground that it is un-Christian and (2) on the ground that it is unscientific.”3 Real scholarship will not undermine, but will uphold Christianity.

Machen’s book still reads today as if it had been written to the controversies of our time. Let me offer one small example from the introduction where he comments on the effect of liberalism as a broad cultural movement on the public schools in America in the early 1920s. “When one considers what the public schools of America in many places already are—their materialism, their discouragement of any sustained intellectual effort, their encouragement of the dangerous pseudo—scientific fads of experimental psychology one can only be appalled by the thought of a commonwealth in which there is no escape from such a soul-killing system.”4 He seems to have had a prophetic spirit in this comment—as in so many others.

What Kuyper, Machen and others saw clearly was that the attractions of liberalism were themselves the dangers of liberalism. That conclusion is more clear today than it was even earlier in this century as we have seen the intellectual and moral bankruptcy of liberalism. Liberalism not only lacks a clear or convincing vision of truth, but also lacks a clear moral system. Radical relativism dominates both. The effort to replace the Bible as authority with man as authority has been a total failure. Liberalism’s weaknesses are seen in the very areas where it was attractive to many. First, liberalism has not been as successful as orthodox Christianity in providing an intellectually respectable defense of the faith. Second, it has promoted unity only by abandoning any claim to truth. And third, in its optimism it has failed to account for the undeniable evil in human nature.

Liberalism has failed in its central task. It has not saved Christianity. Today it is the liberal churches that are increasingly empty while many conservative churches are growing and vital. Even liberal theologians, such as Harvey Cox, have come to recognize that their expectation of the decline of religion and the steady rise of secularism was wrong.

The world continues to need—just as it always has—faithful, orthodox Christianity. Christian churches still face the temptations of liberalism and tragically some continue to succumb. The lure of respectability in this world is often too strong. To help us all resist such temptation we need to know about some of the heroes that helped the church expose and resist liberalism. J. Gresham Machen was such a man and The Outlook’s series on him will be a blessing for all Christians.

Dr. Godfrey is president of Westminster Theological Seminary in California.