An inmate who was transferred to another prison facility in the state wrote,

I am finally settled in and boy is it hot here. No climate control!! But God is going to use this too for his glory and my good! 🙂 I wanted to let you also know that I just received a letter from a pastor down here in the OPC. He said that you sent him my way. Thanks!! I’ll be sure to let you know how things go.”

He added a PS: “Please keep me in prayer for the following:

1.That all of those whom I’ve hurt so badly over my life will forgive me and be reconciled to me.

2.That God helps and allows me to overcome all things that are standing in my way to being closer to him.

3.That God help me to be the man that he wants me to be and grant  me the wisdom that I need to help those that he has put in my path.  (So many hurting people.)” 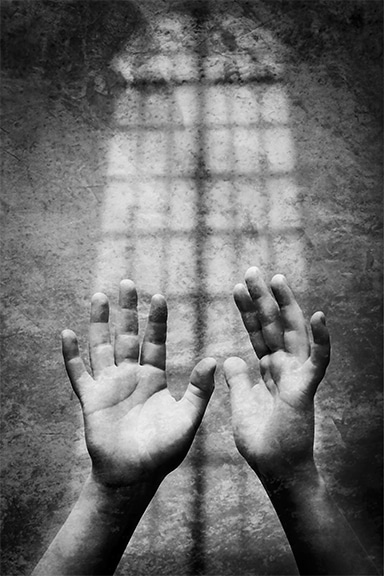 Another inmate, a woman, wrote to ask for books that would be of help to her. She wrote,

Almost three years ago God saved me during a class I was taking on the doctrine of grace. In an instant I saw how big my sin is to our holy God and how much bigger his grace is. Since then God has given me a desire to know him and his Word more.”

A letter was sent to her informing her that books are being sent along with a subscription to The Outlook, thanks to contributors to a designated fund for that purpose. She replied,

“Thank you so very much for your letter. I am humbled and thankful for the forthcoming books. :).”

She added that the class on the doctrine of grace was taught by an inmate friend who has since been released.

Some of my Christian sisters and myself have been able to continue to introduce and teach the basics to other offenders on a one-on-one basis. My desire is to one day help other broken women after my release by sharing the hope I have in me, God willing.

Another inmate describes his sinful past which resulted in losing his family and being sentenced to prison for life. He wrote,

“It so happens my first two Christian friends in that level 4 prison were of the Reformed faith and they helped me understand the gospel and discipled me. Once I was saved I began to read everything Reformed, especially regarding the atonement. I was introduced to the Westminster Confession of Faith in 2010, and the Three Forms of Unity in 2012, and I hold to these. In time I grew in Christ and by grace began teaching Reformed Bible study in 2013, and have a great love for teaching the truth for God’s people.”

He goes on to say that he met a Reformed Christian inmate and they have become good friends. There are 750 inmates in their yard with whom they share Reformed literature, including The Outlook. He says,

“I am always trying to be a good steward of God’s blessings and hope to use The Outlook, not only for my personal edification but as an instrument to bring sound doctrine to many men here.”