Verse eight is the key verse, the main point, of Haggai’s prophecy. God is telling the people to get wood and build His house, so that He might take pleasure in it and be glorified. They had been procrastinating, and God wants them to resume building. He is saying bluntly: “Get to work. Build the house.” 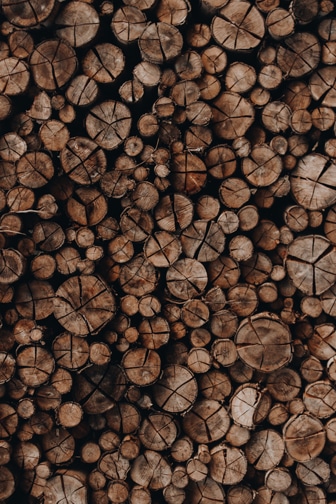 The Lord’s honor was bound up with the rebuilding of the temple. By obeying God’s command to rebuild, the Jews would declare to the world that their God had not gone out of existence with the destruction of the old temple, but that He was still their God and worthy of a dwelling place where He could be worshiped. The Jewish nation and their God would gain respect in the eyes of the world; thus God would be honored.

His people’s obedience would please God; their work, done gladly and willingly, would bring Him glory. Resuming the building would indicate repentance for their apathy, and God would take pleasure in such “a broken spirit, a broken and contrite heart” (Psalm 51:17). When a people obeys God, He receives praise and glory.

Surely Haggai’s message applies to us too. The temple of his day pointed to Jesus who spoke of His own body as the temple (John 2:19) which would be destroyed, but, raised from the dead, it was to be the cornerstone of a holy temple made up of living stones, believers who become “a dwelling place of God in the Spirit” (Ephesians 2:19–22), a church to be presented before Him in splendor.

Just as the progress or delay of the building of the temple stood in direct proportion to the obedience or disobedience of the Jewish nation, so it is with the building of God’s spiritual temple, the church of Christ. We must be obedient to God’s command to “build the house.”

Let us repent of our passive complacency and indifference and renew again our work for the God who called us. “Go up to the mountain and bring wood and build the house.” Let us draw from our loving God the needed supplies and strength to work and to build for Him, so that He might take pleasure in it and be honored.